DENNIS, MA -- Filip Schlyter, a goaltender for the Seahawks Hockey Club, has committed to SUNY Canton for the fall of 2020.

"Filip was a high recruit going into the season as it was the first year the Seahawks did not have a returning goalie to rely on," said Seahawks head coach and general manager Bill Zaniboni. "Filip is a 20-year-old and he brought a wealth of experience from Europe over the pond to try and help the Seahawks continue to be a team to watch, which was an exciting and a calming feeling for the club. Filip has done a great job adapting to the culture and style of play all while being a loose and fun teammate."

Schlyter is the first EHL player this season to commit to Canton, and the 17th player to make this decision in league history. The Roos have brought in at least one player from the EHL in six of the past seven seasons. Schlyter is excited to have this weight off his shoulders, and is beyond grateful to everyone that helped him along the way.

"I'm very excited to continue my education as well as my hockey career at SUNY Canton," said Schlyter. "It's a perfect fit for me academically and hockey wise. I want to thank my parents for all the sacrifices they've made for me along the way and the continued support. I would also like to thank Coach Zaniboni and the Seahawks Organization for preparing and helping me proceed to the next level."

Schlyter and the Seahawks are all geared up and ready for their First Round playoff matchup against the East Coast Wizards, which starts tomorrow morning at 11:45am. 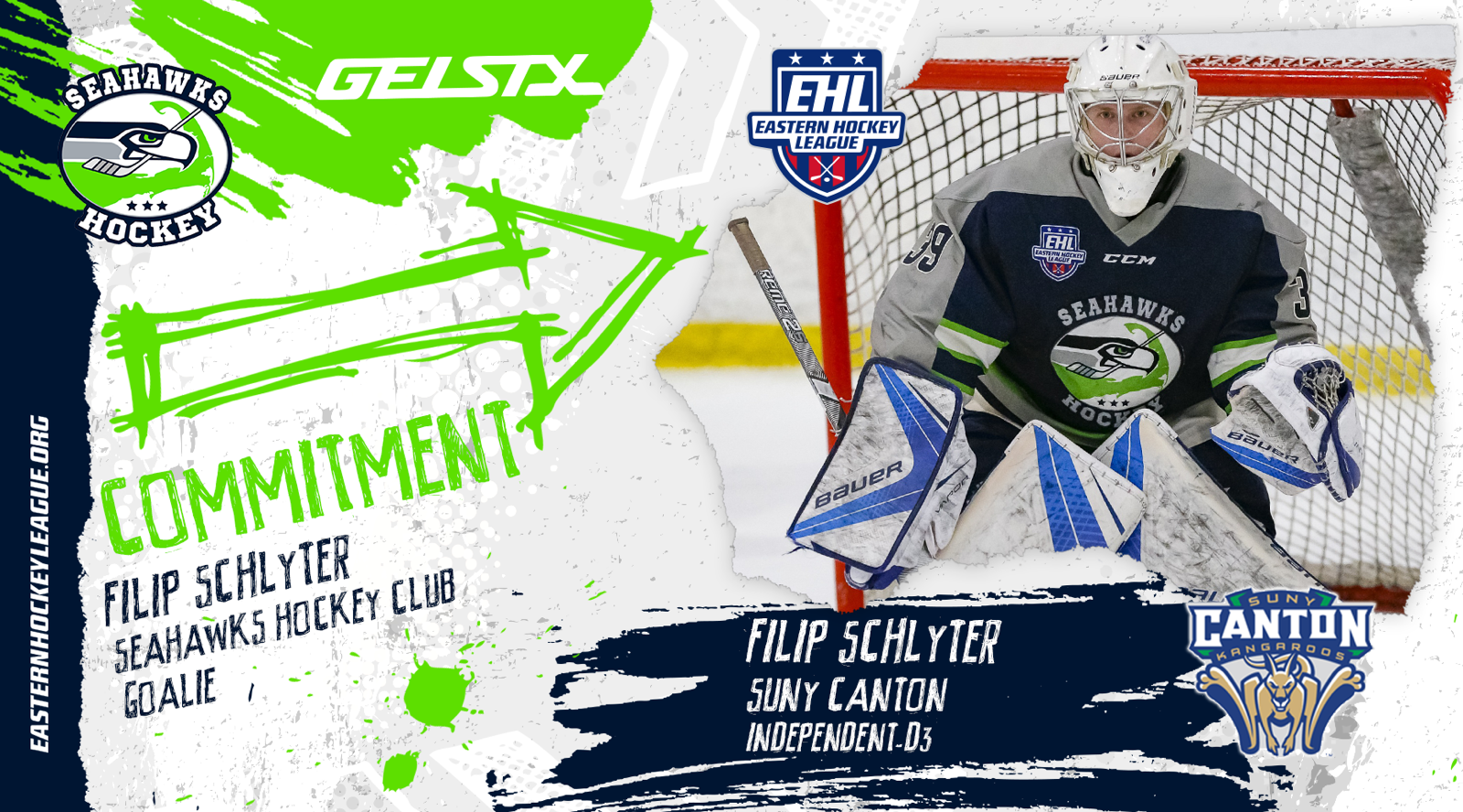