WALPOLE, MA -- Will Wolford, a forward for the Walpole Express, has committed to Franklin Pierce University (FPU) for the fall of 2020.

The '99 native of Hanson, MA, spent two seasons with the Express, tallying 35 total points in 70 career games in the Eastern Hockey League (EHL).

"Will was a consistent worker for us all season long," said Express head coach and general manager Cody Campbell. "He made a huge impact net front on the power play, and plays incredibly hard in all three zones. We are extremely proud of Will and the work that he has put in to accomplish his goal of playing college hockey."

Wolford made a huge jump when comparing his first season to his second with the Express, more than doubling his point totals with 13 goals and 11 assists. Wolford is very happy with the way his game developed in the EHL, and he feels strongly that he made the right decision with FPU.

"When I went on my visit I fell in love with the facilities and I knew it was the right place for me," said Wolford. "Our assistant coach with the Express, Coach Yameen, is a FPU alum and was able to give me more insight on the school that I didn’t get from the initial visit."

Wolford went on to thank Campbell, Yameen, and the Walpole Express for helping him reach his goal.

"Playing for the Express for the past two seasons has been a blast," added Wolford. "The program has done a lot for me in helping me accomplish my goal of playing college hockey."

While their season may have ended sooner than they had hoped, Wolford and his teammates still have lots to be proud of when they reflect on the 2019-20 campaign. One major accomplishment in itself can be seen with Wolford going down as the 13th commitment of the season for Walpole. 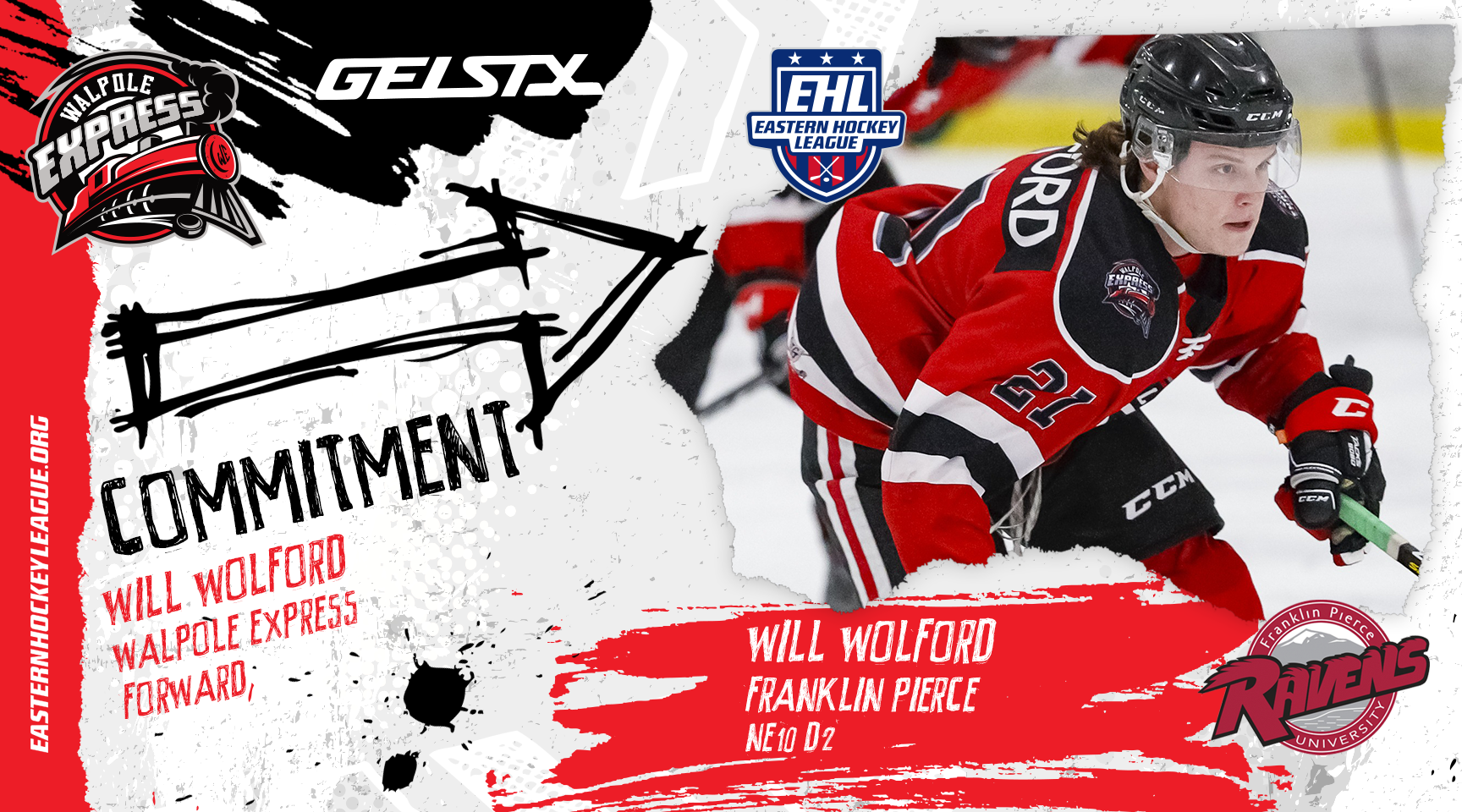