WARMINSTER, PA -- Trevor Clemson, a forward for the Philadelphia Revolution, has committed to Fitchburg State for the fall of 2020.

The 2000-born native of Bedminster, NJ joined the Revolution in early December, and in 21 regular season games, he tallied 20 total points.

"Clemmer is a great kid and he makes the entire room laugh,” said Revolution head coach Jon Rogger. "His transition to the team was pretty easy and I think because he gets along with everyone and likes to make guys smile. He is a great character kid who competes day in and day out, and when you put those two things together, it's hard not to like a guy like that. I think Trevor's personality will allow him to adjust to the college level both on and off the ice.”

Averaging just a hair under a point per game in the Eastern Hockey League (EHL) has also made the transition easy for Clemson, who echoed a similar sentiment to his coach.

"Coming over to the Revolution was pretty easy,” said Clemson. "Coach Rogger made it easy and all of the guys in the locker room made it easy for me. I think that’s just why it worked out so well.”

Rogger went on to talk about how Clemson's game is ready for the next level.

"His biggest strengths are his speed and ability to see the ice and know where he needs to be at all times," added Rogger. "He also knows how to finish. His speed allows him to create offense for himself and his line mates, which opens up the ice. These qualities are what separates him from a lot of players in our league and will be an asset at the NCAA level next season.”

When Clemson arrives at the NCAA level, he'll be joining a program that serves as an annual contender in Massachusetts State Collegiate Athletic Conference (MASCAC).

"I went up there [Fitchburg State] and really loved it,” added Clemson. "I fell in love with the campus, the rink, hockey staff, coaching staff – everything about it. I just envisioned myself going there, and felt very comfortable making that decision. They Revolution helped me out any way they could and made calls to talk to [NCAA] coaches. Coach Rogger let me ‘do my thing’ on the ice and Kanaly gave me a chance with the team. They boosted my confidence, which is a big thing. They really helped me grow as a confident player and I think they helped me a lot.”

Clemson and the Revolution are currently enjoying their First Round bye, while they await to learn their Second Round opponent, with a trip to the 2020 EHL Frozen Finals on the line. 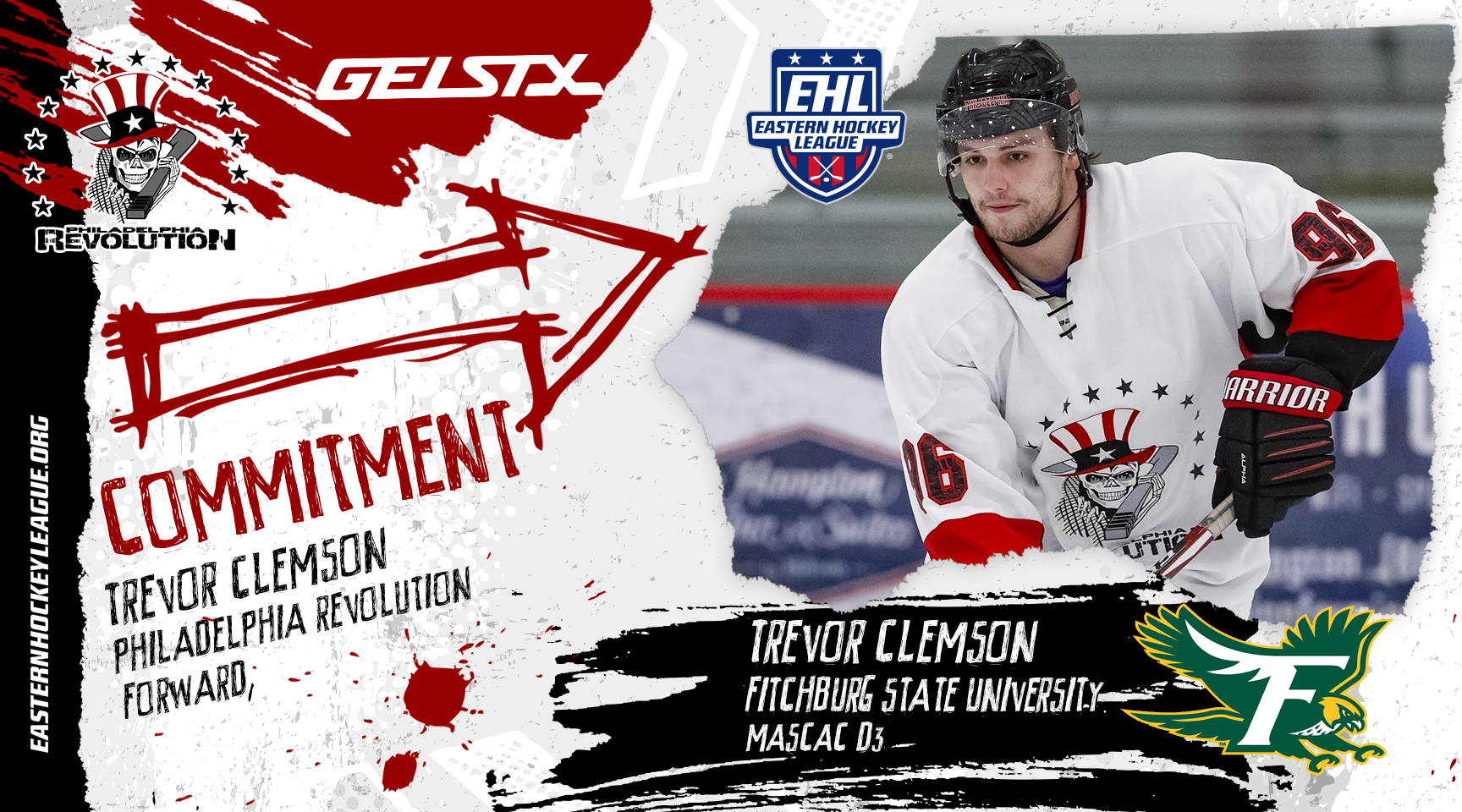