TEWKSBURY, MA -- Nick Weaver, a forward for the Boston Jr. Rangers, has committed to Franklin Pierce University for the fall of 2020.

"We are excited for Nick," said Rangers head coach and general manager Rich DeCaprio. "He really saw his development all the way through. He’s a tremendous competitor and teammate. Franklin Pierce is getting a skilled player that can definitely finish and create offense."

Weaver is the 2nd Ranger to commit to Franklin Pierce this season, and the 32nd player in league history to choose the Ravens. Following in the footsteps of Steve Wesley, both veteran forwards climbed the ladder with the Rangers, going from the EHLP, to the EHL, and then onto college hockey. Weaver is beyond grateful to everyone that helped him along the way, especially the Rangers organization and the EHL.

"Playing for the Rangers in both the EHLP my first year, and the EHL my age out year, was definitely the best move for my junior career," said Weaver. "The coaches and facilities are second to none. The competition and exposure helps players grow and really excel at the next level. From the atmosphere at the showcases, to a Monday morning game, nothing beats it.”

Weaver and the Rangers are currently enjoying some well-earned rest during their First Round bye, as they await to learn who their opponent will be in the Second Round, with a trip to Providence on the line. 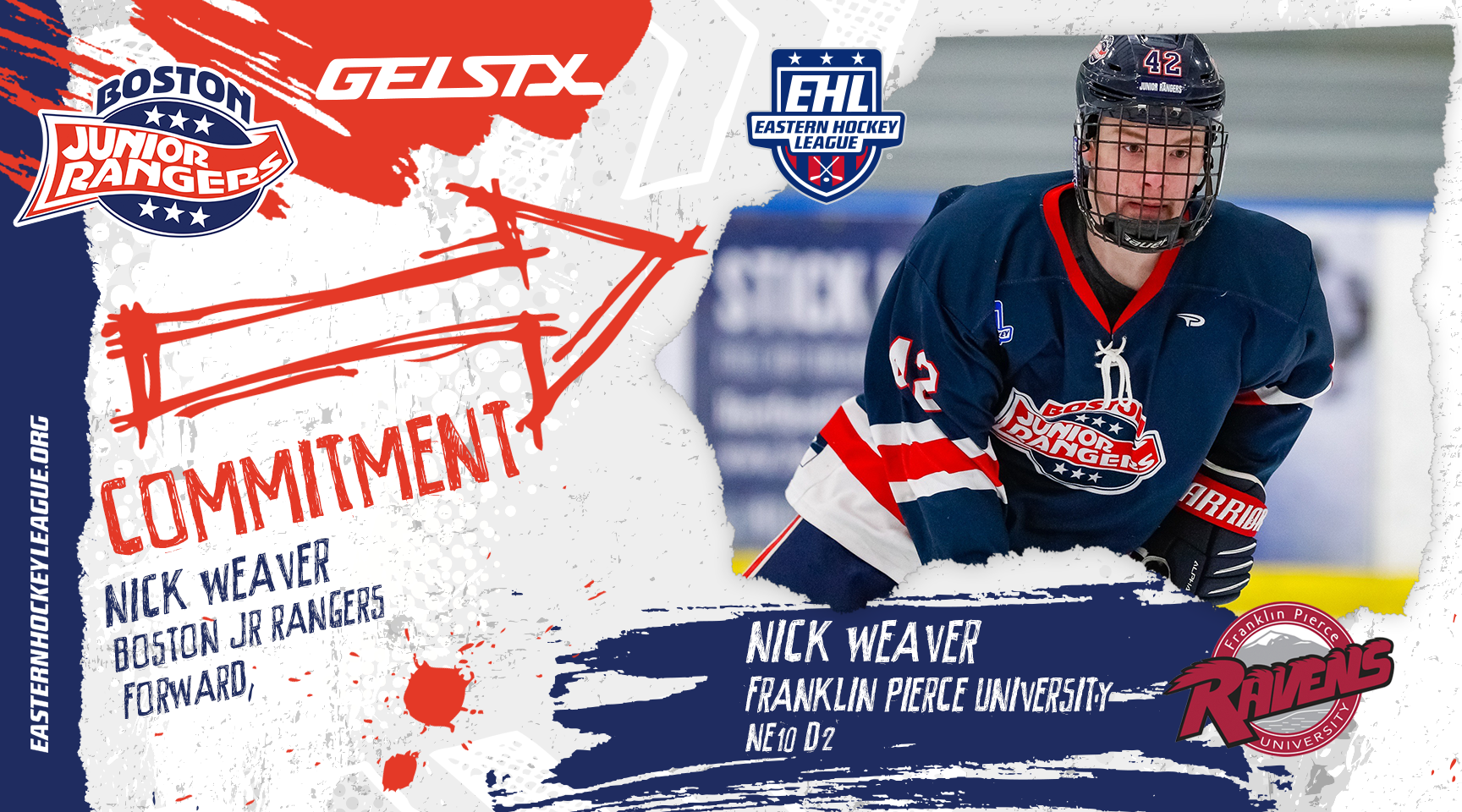