ODENTON, MD -- Jackson Dobek, a forward for Team Maryland, has committed to Franklin Pierce University (FPU) for fall of 2020.

The '99 native of Natick, MA recently finished his first and only season in the Eastern Hockey League (EHL), tallying 35 points in 49 total games.

“Jackson was a rock in our lineup and a true leader in the locker room from day one," said Team Maryland head coach and general manager Josh Fusco. "He was an iron man for us this season playing in all 49 games, which is a true testament to his dedication to the game and himself. We wish him all the best on his new journey starting in the fall.”

As Fusco mentioned, Dobek dressed and played in every game for Maryland this past year, including all 46 regular season games and three postseason games. Now, Dobek is part of incoming freshmen class at Franklin Pierce that includes three other players from across the EHL.

“I’m so excited to be joining Franklin Pierce University next season,” said Dobek. “The coaching staff has a great vision for the program that aligns with my playing style. I would like to thank Coach Fusco and the entire Team Maryland organization for helping me develop as a player and giving me the necessary tools to advance to the next level.” 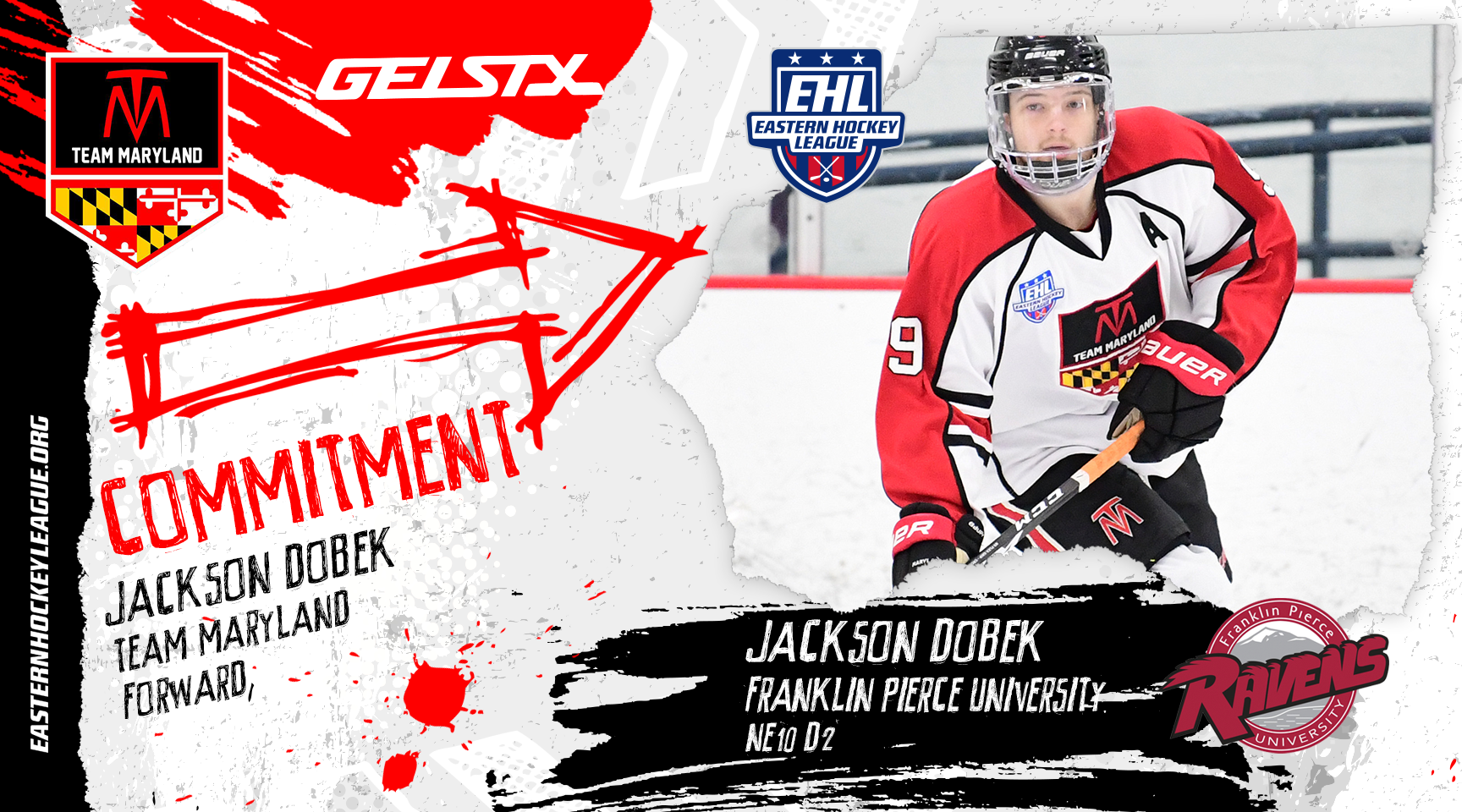