NORWALK, CT -- Andrew Bella, a forward for the Connecticut RoughRiders, has committed to Manhattanville College for the fall of 2020.

The '99 native of Connecticut recently completed his second and final season with the RoughRiders, and he ended his junior hockey career on a high note, by leading the Eastern Hockey League (EHL) with 40 goals scored in the regular season.

"Andrew had one of the quickest releases in the league," said RoughRiders head coach and general manager Eric Lind. "A pure goal-scorer, he finds soft-ice nicely and has a cannon of a shot. Also, he shows the ability to distribute the puck and create plays for his line mates."

Overall, Bella's 40-goal season ranks 3rd all-time in league history, only trailing Alex Ochterbeck (Philadelphia Little Flyers) and Devin Panzeca (East Coast Wizards), who each found the back of the net 43 times in the 2017-18 season. 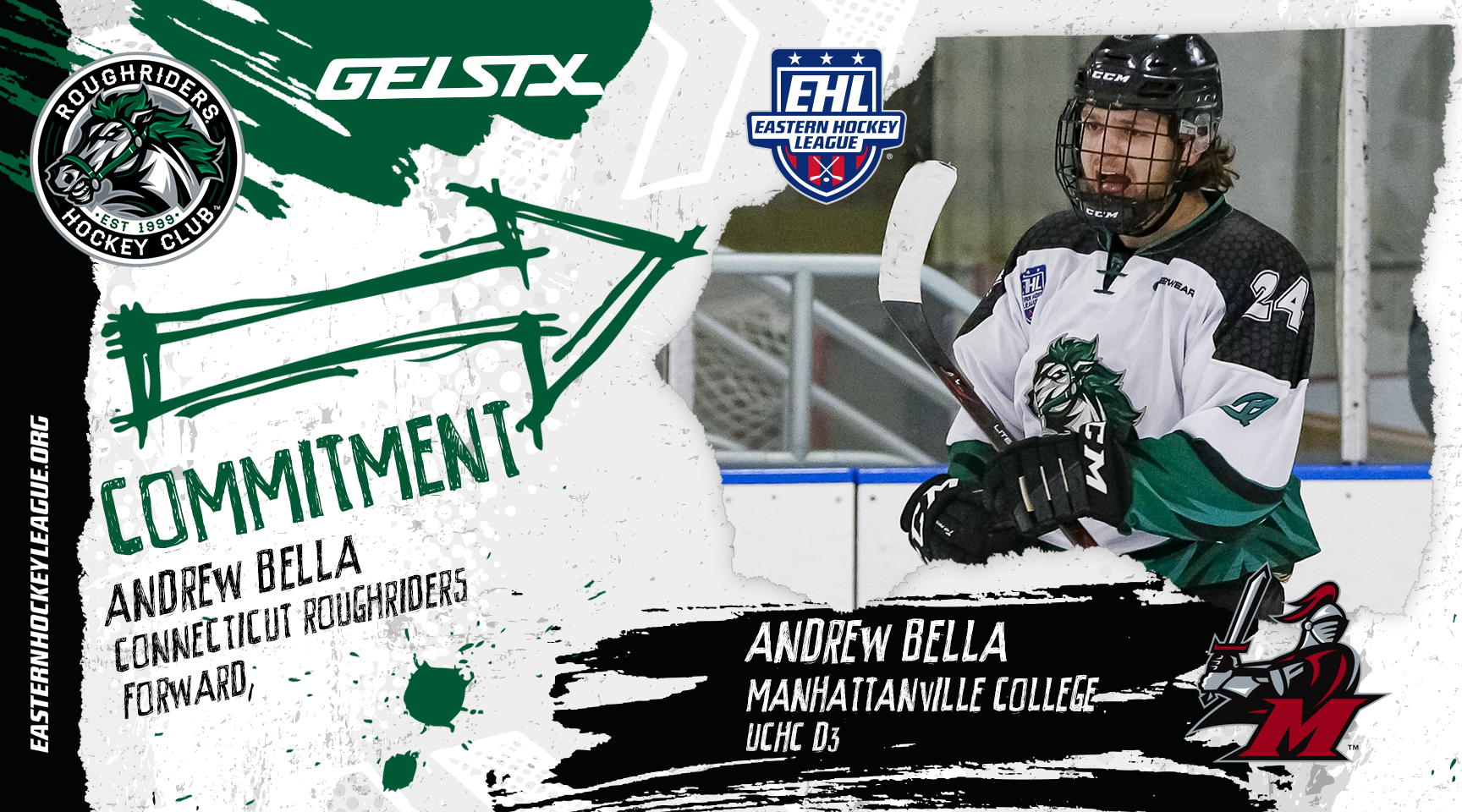