WEST CHESTER, PA -- Billy McDevitt, a forward for the Philadelphia Jr. Flyers, has committed to SUNY Cortland for the fall of 2020.

The '99 native of Livonia, NY recently finished his 3rd and final season with the Jr. Flyers. Overall, McDevitt played in 142 career games in the Eastern Hockey League (EHL), scoring 43 goals and and collecting 58 assists in that time.

"When I recruited him, I put him on our second team," said Jr. Flyers head coach and general manager Jerry Domish. "We had a couple small area games and drills the night before training camp. The first thing I noticed was his work ethic and heart. I told him [McDevitt] ‘If you want to come to training camp with the top team you can, and we’ll see what happens.' He came in and never looked back. He knew he had to start on the bottom, but he didn't plan on finishing there. Flash-forward to present day, he was our Co-Captain with Shane Ward, and they both did an amazing job. They helped the younger kids buy into the systems, junior hockey, and led by example. I think he will do very well at Cortland, even if he is at the bottom to start, knowing Billy, he will show them that they are wrong and he'll prove it."

As Domish mentioned, McDevitt showed tremendous improvement throughout his time with the Jr. Flyers, and look no further than his point totals to prove it. In his first season (2017-18), McDevitt tallied 17 points in 48 total games. That total jumped up to 31 points in 48 games during the 2018-19 season, and then all the way up to 53 points in 46 games this past year. McDevitt is beyond grateful for the time he took to develop with the Jr. Flyers.

"I didn’t really know much about junior hockey when I got here," said McDevitt. "I never played a high level of hockey until I got to the Jr. Flyers. My decision-making and how to read plays has improved immensely since I got here, and it has helped me become the player I am today. I want to thank my family for all of their support. Thank you to Jerry [Domish], he has really helped me over the years. The trainers we had throughout the season, and to all my friends and teammates, thank you for the support." 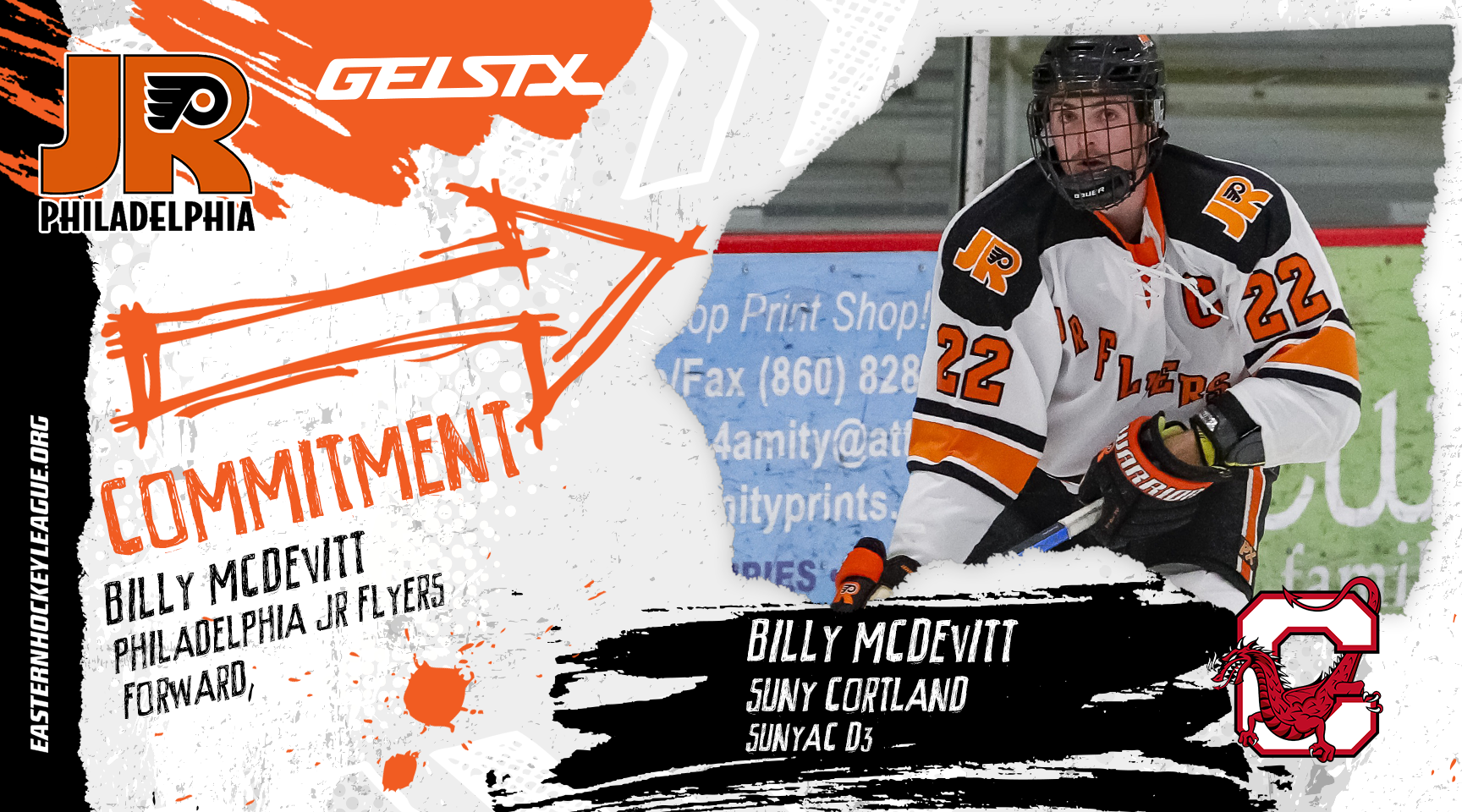