LACONIA, NH -- Tommy Condon, a forward for the New England Wolves, has committed to Worcester State University for the fall of 2020.

The '99 native of Merrick, NY recently finished his 2nd and final season with the Wolves, and in 86 career games in the Eastern Hockey League (EHL), Condon scored 34 goals and dished out 25 assists.

"Tommy is a player who has improved tremendously in the past two seasons with us," said Wolves head coach Tim Kunes. "He is a great kid and an extremely hard worker, who took advantage of all that our program has to offer. We could't be happier for Tommy.”

Condon's improvement from year #1 to year #2 caught the attention of Worcester State, as the skilled forward becomes the 33rd player in league history to choose the Lancers' hockey program. Dating back to the 2014-15 campaign (six seasons), at least two EHL players per year have committed to Worcester State.

Andrew Trimble is the General Manager for the Wolves, and he took a moment to praise the two-year veteran.

"Coach Kunes identified Tommy at the 2018 USA Hockey Nationals while he was a member of the PAL U18 Islanders," said Trimble. "Tommy is an excellent skater, with two-way ability, who can fit in any locker room because of his character and intangibles. The Wolves are very pleased and excited for his commitment to Worcester State." 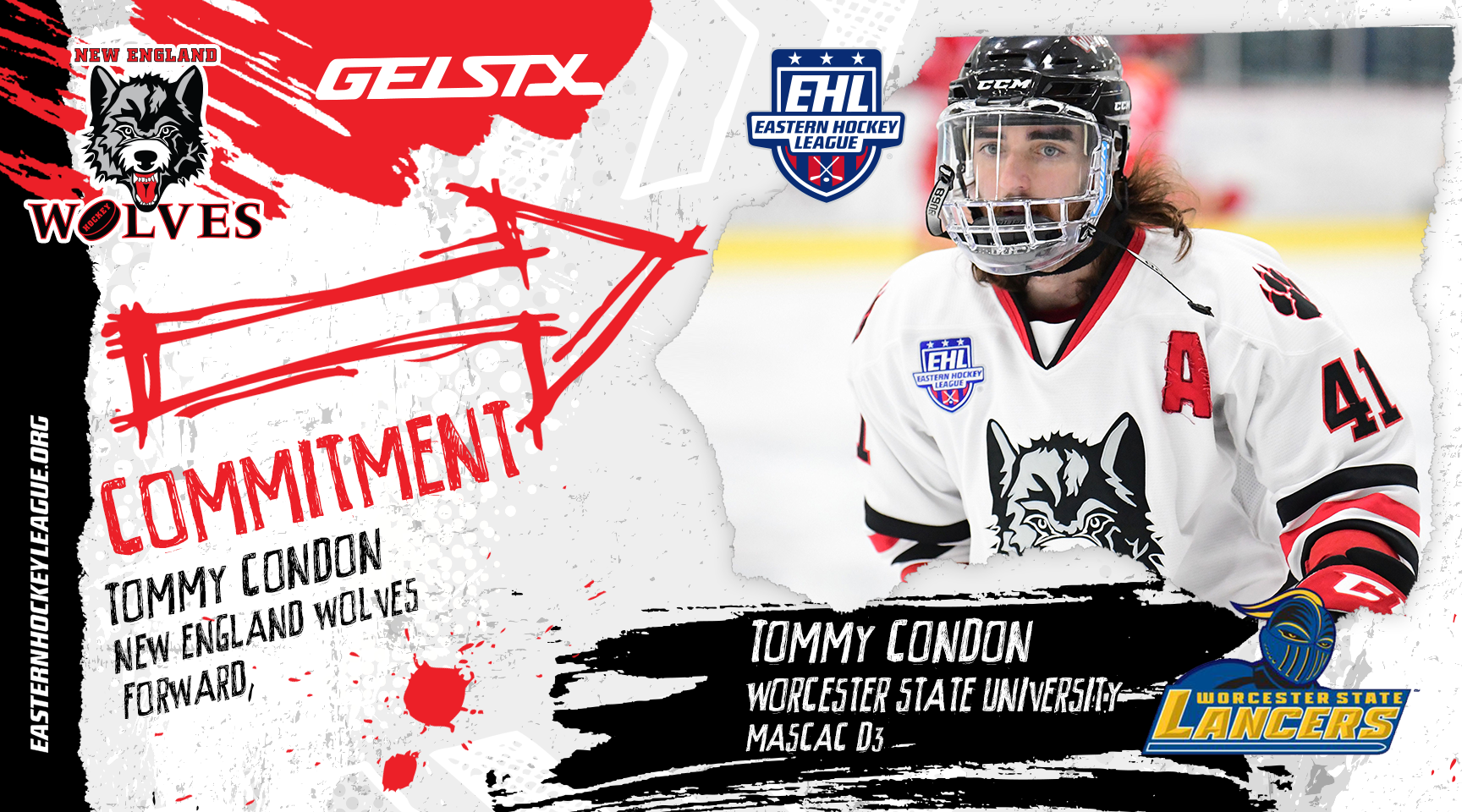