BURLINGTON, VT -- Geordan Buffoline, a forward for the Vermont Lumberjacks, has committed to the University of New England (UNE) for the fall of 2020.

"Geordan is another great story for the Vermont Lumberjacks," said Lumberjacks head coach and general manager Jim Mosso. "He came to our program right out of high school hockey and played all 3 years of his junior career here in Vermont. His first year he led the whole EHLP division in points before spending his final two years in the EHL. He was a major contributor to the success of the EHL team and finished up helping captain the ship. He has devoted his complete attention to bettering himself in all areas and this commitment shows exactly what you can achieve with determination and a great work ethic. Good luck to Geordan, I look forward to watching him compete for a national championship with the University of New England."

Looking back at Buffoline's junior stats, and as Mosso mentioned, the talented scorer led the EHLP with 77 points in 47 total games during the 2017-18 season. From there, Buffoline played in a total of 97 EHL games, scoring 53 goals and dishing out 67 assists for a total of 120 points. Buffoline is proud he took the necessary time to develop his game, and beyond grateful to the Lumberjacks program.

"For the past 3 years Coach Mosso and everyone in the Lumberjacks organization has done everything in their power to help me advance in my hockey career," said Buffoline. "From only having one junior team interested in me after my senior year, to having my choice of colleges at the end of my junior career, I can’t help but think a big part of that is owed to the coaching staff involved with the Lumberjacks. As someone that loves the strategic thinking aspect of hockey, I have nothing but positive things to say about Coach Mosso’s hockey IQ and his approach to planning practices and preparing for games. Playing for the 'Jacks has opened doors I never thought were possible after high school."

Buffoline is the 13th commitment of the season for the Lumberjacks, in a year where the program has set a new record for advancements. Prior to this season, the previous record had been set at nine NCAA commitments, a mark that was hit in the 2013-14 and 2017-18 seasons. 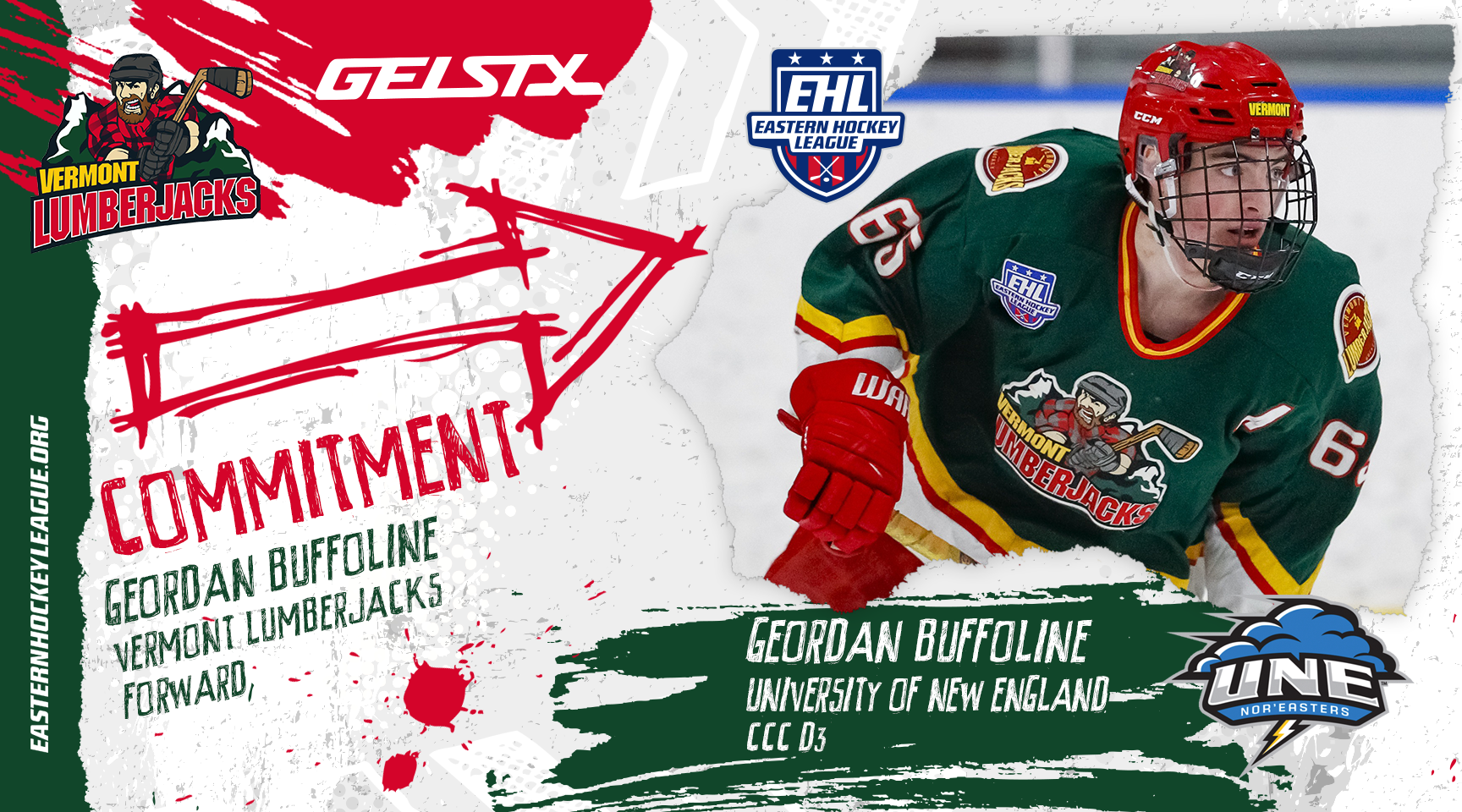