WEST CHESTER, PA -- Riley Dohner, a defenseman for the Philadelphia Jr. Flyers, has committed to the University of Southern Maine (USM) for the fall of 2020.

The '99 native of Palmyra, PA recently finished his 2nd and final season with the Jr. Flyers. Dohner's junior hockey career began back in the 2016-17 season, when he helped lead the Philadelphia Revolution to the Eastern Hockey League Premier (EHLP) Championship. Dohner spent the next three years with the Jr. Flyers organization, highlighted with 20 points in 83 career games in the Eastern Hockey League (EHL).

"Riley came to us from our 18U team and was with us for two solid years," said Jr. Flyers head coach and general manager Jerry Domish. "He almost immediately was a top-four defenseman on our team. He also took over the leadership with the defensemen, and kept them on point. He will definitely be missed, and I know he will have a solid collegiate hockey career."

Dohner is the 4th commitment of the season for the Jr. Flyers and 5th player in the EHL to choose USM for this upcoming fall. The remaining list of future Huskies includes Shea Flanagan and Nick Nault from the Seacoast Spartans, Christopher Morrison from the Connecticut RoughRiders, and Austin Marini from the Vermont Lumberjacks. Dohner is excited to be a part of this class of players and can't wait to get started this fall.

"I would like to thank my family and friends for their support throughout the years,” said Dohner. “I also would like to thank everyone in the Jr. Flyers organization for making me not only into the player I am today, but the man I am today. I played at the Jr. Flyers at the 16, 18, and junior levels, and I can say its hands-down one of the best programs in the country, and I wouldn’t be where I am today without them." 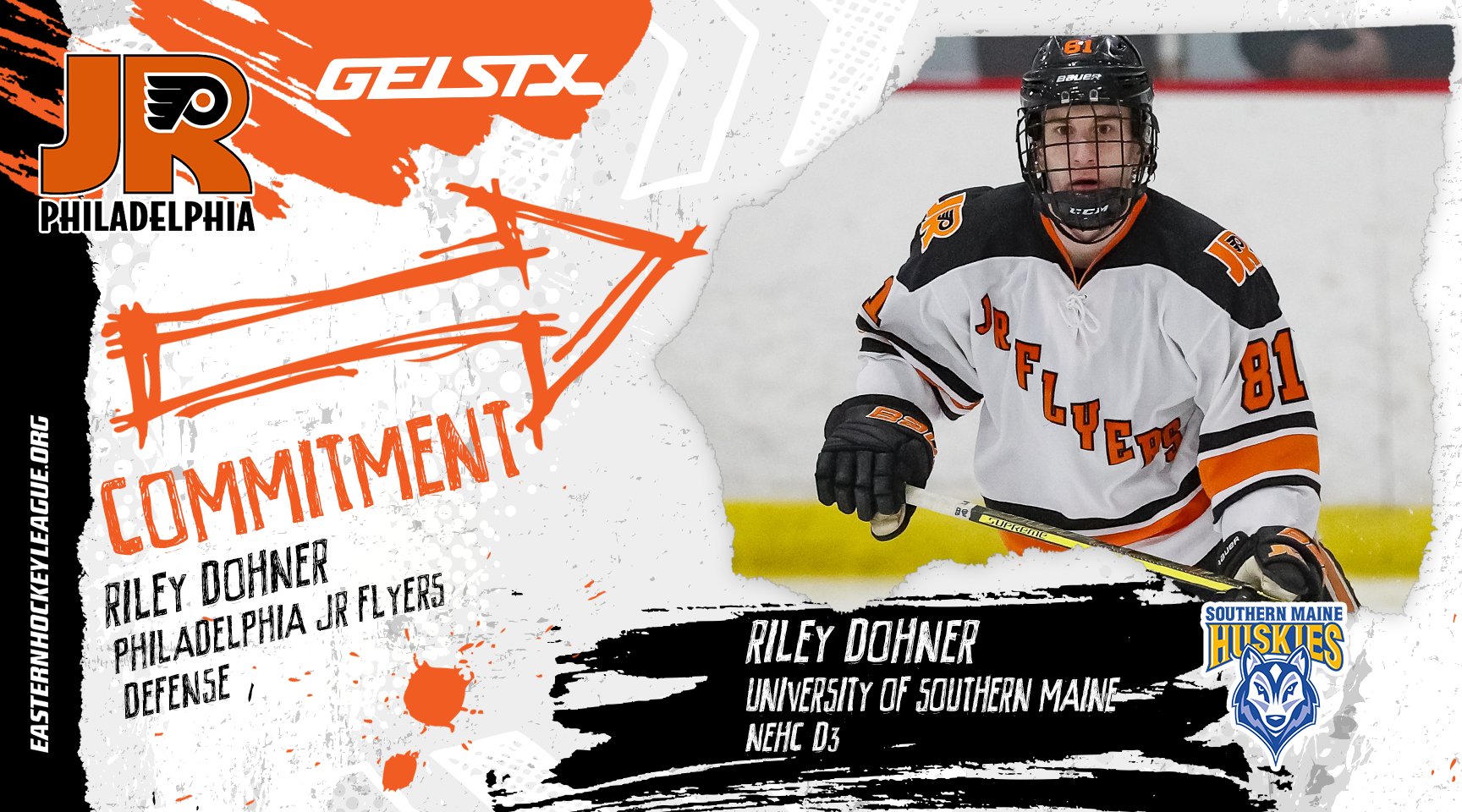