DENNIS, MA -- Cade Hanley, a defenseman for the Seahawks Hockey Club, has committed to UMass Dartmouth for the fall of 2020.

The '99 native of Bozeman, MT recently finished his 2nd and final season with the Seahawks. In 94 career games in the Eastern Hockey League (EHL), Hanley scored 12 goals and dished out 45 assists. Included in those numbers was a 10-point increase in his production from year #1 to year #2.

"We are very proud of the player that Cade turned into while playing for our organization," said Seahawks head coach and general manager Bill Zaniboni. "He's only going to continue to improve at the next level, and I'm looking forward to following him throughout his collegiate hockey career at UMass Dartmouth."

Hanley is one of three EHL players from the 2019-20 season that has committed to UMass Dartmouth for this upcoming fall. When he arrives on campus he will be joined by Seahawks teammate Andrei Bartashevich, and Zach Tarantino from the New Jersey 87's.

"I'm very excited to announce my commitment to continue my academic and hockey careers at UMass Dartmouth," said Hanley. "First, I'd like to thank Coach Zaniboni, LJ Fellows, and the whole Seahawks Organization for everything they've done for me the last two seasons. It has been two of the best years of my life and without their help I would not be where I'm at so I'm very thankful for that. I'd also like to thank all the other coaches and teammates who have helped me in my career as I would not be where I'm at without the impact they had on me. And above all, I'd like to thank my family for their endless support throughout this journey. UMass Dartmouth is a great fit for me academically, and I'm stocked to get started there in the fall with the Corsairs."

Every season the Seahawks program has taken a stride forward, all while committing just under 30 players in only three seasons. Hanley played a key role in that progression, and helped lay the foundation for years to come. 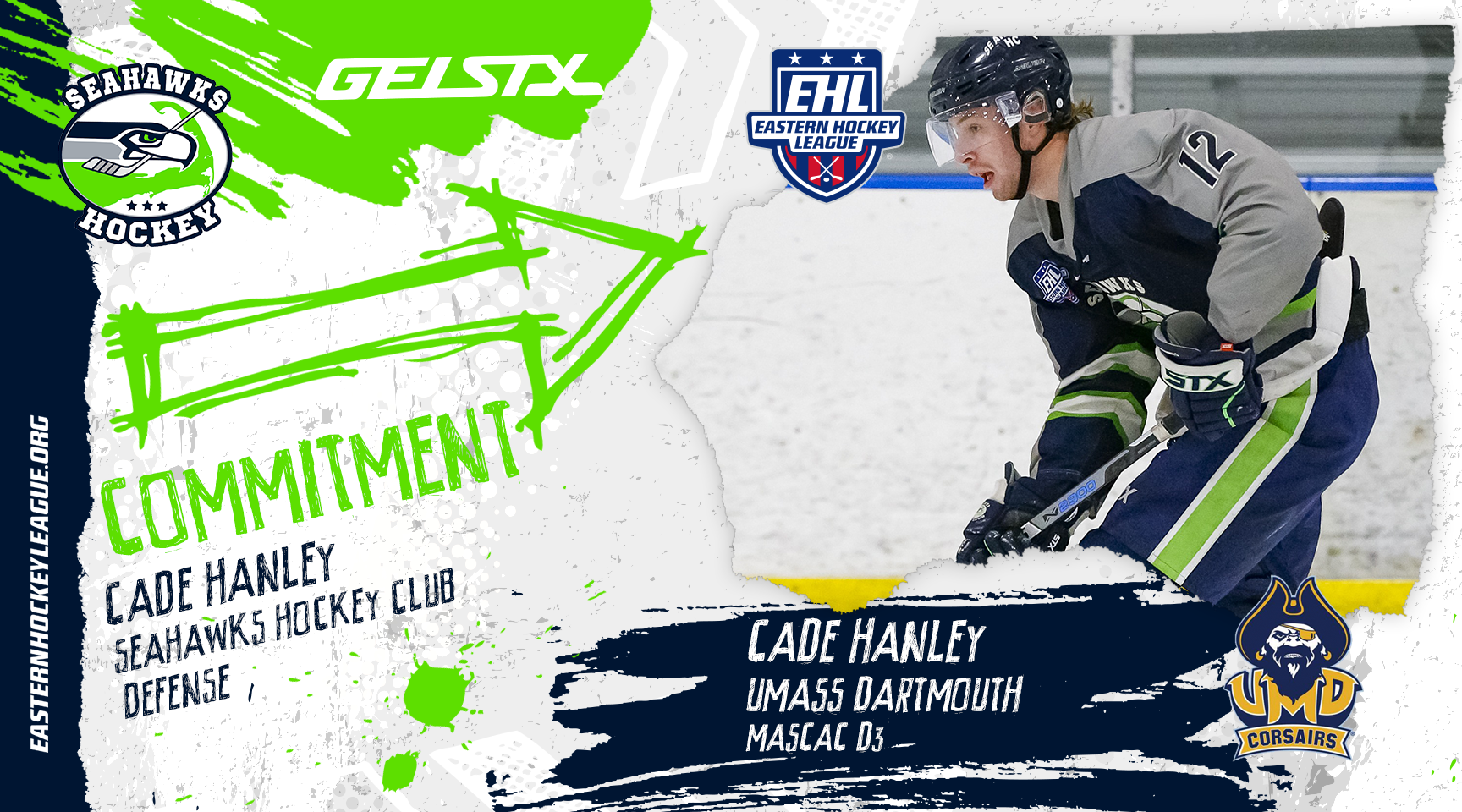