WORCESTER, MA -- Matt Smith, a forward for the Railers Jr Hockey Club, has committed to Anna Maria College for the fall of 2020.

"He [Smith] faced overwhelming adversity with a season-ending leg injury in his final year of eligibility, an obstacle many would be unable to overcome" said Railers head coach James Mello. "Throughout his recovery process, he remained close to his teammates and provided them with a great example of what it means to be a dedicated hockey player. The Railers organization is proud that Matthew will get to continue his hockey and academic careers at Anna Maria, where he will have the opportunity to compete in the NCAA ranks of college hockey. We were fortunate to have a guy like Matt on the team in our first year of operation."

Anna Maria is a relatively new program at the NCAA Division III level, as this fall will mark the start of just their 3rd season. After going 4-16-4 in their inaugural campaign (2018-19), the Amcats turned heads with a 12-8-5 record this past year (2019-20). As the program continues to grow in the right direction, Smith hopes he can play a role in making the 2020-21 season the best of the three.

"I'd like to thank Coach James Mello, Coach Brian Addesa, and especially Coach/GM Mike Addesa for everything they’ve done for me and my career,” said Smith. “I have nothing but great things to say about the coaching staff and the administration, and the way they’ve shaped my game, both on and off the ice. After sustaining multiple injuries and ending my season in December, I was unsure of what to do, but Mike Addesa had my back every step of the way. I would like to thank my parents, my family, as well as all my teammates throughout the years for their continued support. I am incredibly excited to attend Anna Maria College, and am looking forward to being an Amcat!"

Smith is the 17th player in league history to choose Anna Maria. Also, with his commitment, the EHL has now sent at least one player per year to join the Amcats since the program was formed.

Learn more about the Railers on the team's official website, and check out the full 2019-20 NCAA commitment list. 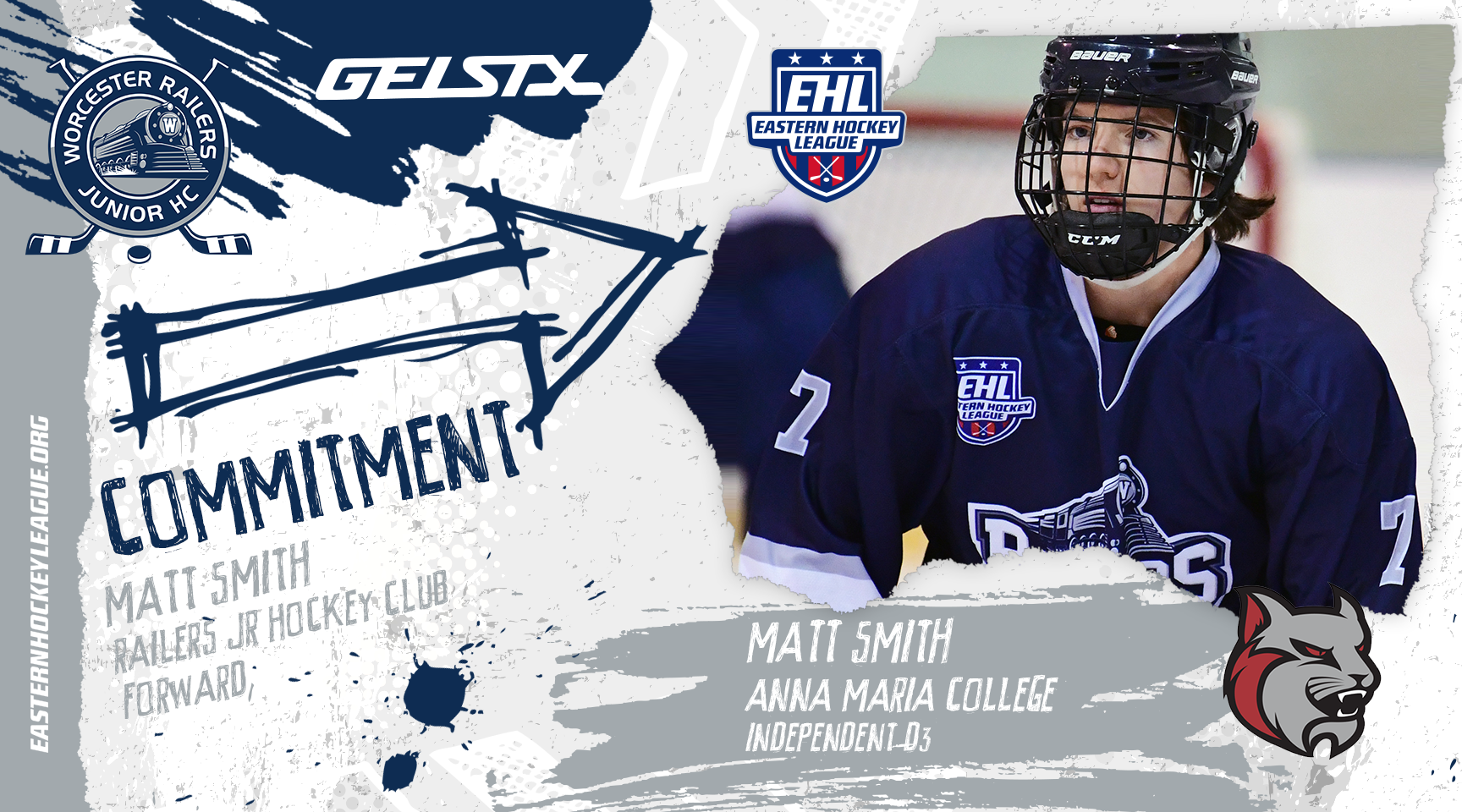