EXETER, NH -- Nick Nault, a defenseman for the Seacoast Spartans, has committed to the University of Southern Maine (USM) for the fall of 2020.

The '99 native of Goffstown, NH recently finished his 2nd and final season in the Eastern Hockey League (EHL). After playing for the New York Apple Core during the 2018-19 season, Nault returned to his home state, and helped lead the Spartans in their inaugural campaign this past year. In total, the 2019 All-Star played in 88 career games in the EHL, tallying 32 total points along the way.

"Nick had a great year for us," said Spartans head coach Brett Tryder. "He is a great player in all three zones and he plays with tenacity. We were very happy to get him back to the program. Nick was an obvious choice for team Captain. His effort and love for the game is unmatched. He is the type of kid that Coach Harding at USM loves. He competes everyday and his ability to get around the ice will be deadly on USM’s big ice surface.”

As Tryder mentioned, along with returning to his home-state this past season, it was also a return to the Spartans for Nault. Prior to joining the EHL in 2018-19, Nault spent a year of midget development with the Spartans in 2017-18. Overall, the veteran defenseman is very happy he chose to return to the program, and can't wait to get started this fall.

"When I heard that Seacoast was joining the EHL I knew I wanted to finish out my junior career as a Spartan, having previously played U18s two seasons before," said Nault. "What brought me back were the facilities, and the coaches and staff that run the rinks, they are truly second-to-none. I would like to thank Coach Tryder and Coach Mallett for growing my game to the collegiate level and for helping me play within myself, and stay out of the penalty box. I feel that I am ready to take the next step in my hockey career and I am very excited to join Coach Harding and the University of Southern Maine.The staff at Seacoast has helped me grow as a person and as a hockey player, and I wish the best for the Spartans going forward. Once you are a Spartan, you are part of the Spartan Army for life.”

Nault is not the only Spartan from the 2019-20 team that will be heading to USM this fall, as Co-Captain Shea Flanagan made the same decision back in early-April. 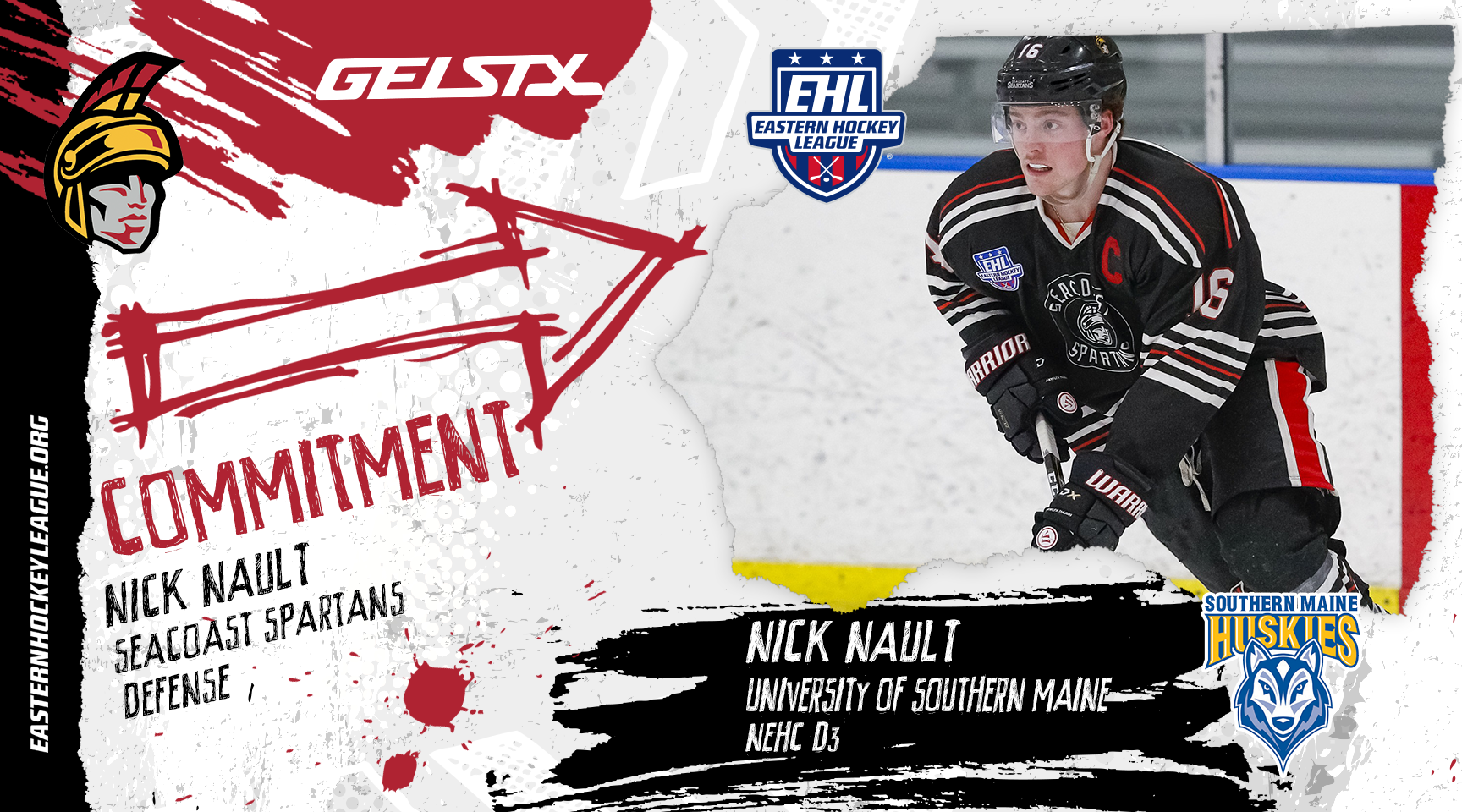