Team of the Week -- Connecticut Chiefs

Organization Ready to Take Next Step this Fall

A little over a year ago Neil Breen took over as the Head Coach and General Manager for the Connecticut Chiefs. Now, as the program gets ready for its 3rd season of junior hockey, Breen continues to set goals for each of his teams. Ideally, each team will win more games and advance further than the previous year, but more importantly, Breen wants to see the program's NCAA Commitment totals grow the most.

"The EHL is a league focused solely on the players," said Breen. "The decisions made by the owners and the responsibilities of the coaches are centered around helping every player reach the next step in their career. I am proud to be a part of it, with a program building each and every year."

Being located right in the middle of the league's footprint is something that Breen believes helps his program, and will continue to lean on that aspect in the future. With a number of NCAA programs right in his backyard, Breen appreciates the fact that his players are being seen every game, and not just during showcase play.

Below you'll find a link to listen to the latest episode of the #Eshow featuring Neil Breen. 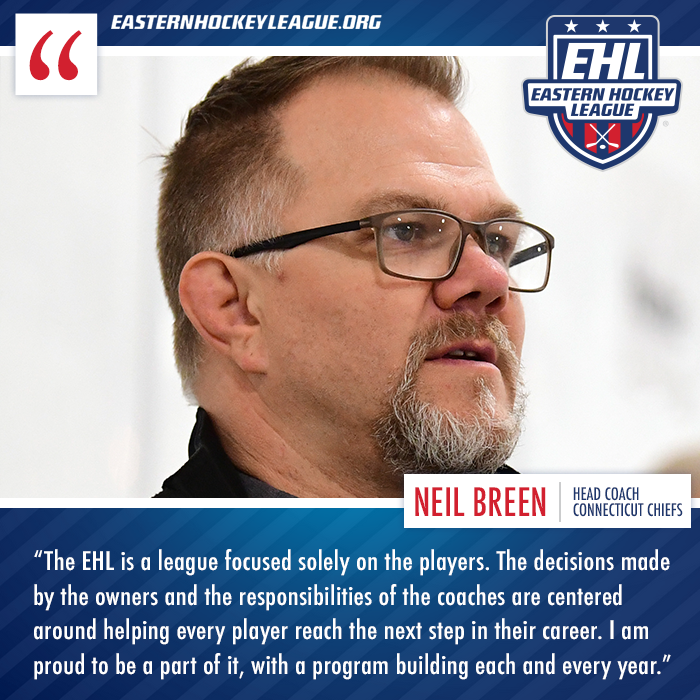