ASTON, PA -- Jacob Berg, a forward for the Philadelphia Little Flyers, has committed to Trine University for the fall of 2020.

The '99 native of Dallas, TX recently finished his 2nd and final season with the Little Flyers. In 79 career games in the Eastern Hockey League (EHL), the veteran forward scored 23 goals and collected 35 assists to his name.

"Jake was a good leader for us this season, he always brings that compete level that you want out of your captains," said Little Flyers head coach and general manager Mark Catron. "He started the season in the North American League with the Amarillo Bulls and I think he learned a lot in his time there; when we got Jake back he added a physical presence to our forwards that we needed. I don’t think I’ve seen a better shot blocker than Jake at the forward position in my years coaching in the EHL. He is going to bring a lot to the Trine University lineup, knowing how hard Jake works I think he will make an immediate impact at the NCAA level."

As Catron mentioned, Berg played a pair of games in the North American Hockey League (NAHL), before returning to the Little Flyers for the remainder of the season. Moving from Texas to Pennsylvania is never easy, but Berg is beyond grateful he found the Little Flyers, and spent a pair of seasons developing with the program.

"I'm excited to announce my commitment to further my education and to play hockey at Trine University," said Berg. "Beginning the long list of people I have to thank, I am extremely grateful to Coach Todd and Coach Kirley who have provided me with this opportunity. I would like to thank all my coaches over the past years, especially Coach Catron for helping me get to this point in my career. I would like to thank my parents for supporting me and helping me with this decision. And lastly, I’d like to thank all the incredible teammates that made the journey to college so great.  It’s been a great ride out in Philly and I’ll miss it, but I’m excited to begin this new chapter in my life." 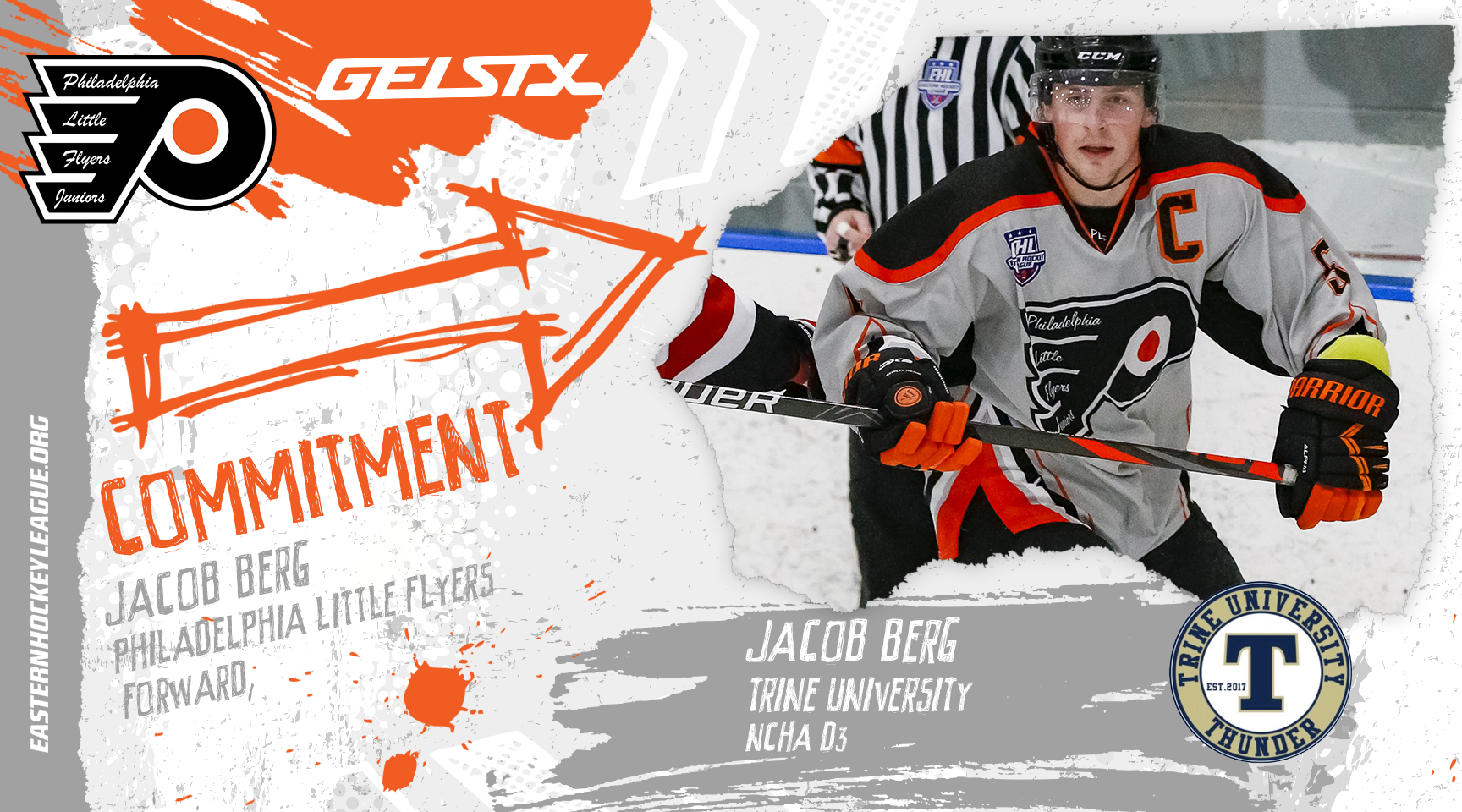