MIDDLETOWN, NJ -- Trevor Cear, a defenseman for the New Jersey 87's, has committed to UMass Dartmouth for the fall of 2020.

"Trevor is fantastic player, he can skate and think the game better than a lot of defensemen," said 87's head coach and general manager Adam Houli. "He has been impactful for our team each year and has always drawn a lot of attention from scouts. I think he will be an elite player in school. Off the ice he is one a kind, and will always go the extra mile to make sure it’s done right. I’m so excited to watch him at the next level."

As mentioned before, Cear is an "all-time" 87 dating back to the franchise's inaugural season in 2017. That year, the 87's only featured a team in the EHLP division. Since then however, they've played out two years at the top EHL level, with Cear leading the way. Overall, the 87's are a contender on annual basis in both the EHL and EHLP, and Cear is a big reason why.

"I'd be lying to everyone if I said these two weren't the best coaches in the league," said Cear. "Coming here three years ago I truly did not know what to expect when I came to the 87's. After the first year I knew this is where I wanted to be, I knew the 87's was my home. Each time I put on that jersey I knew it was special because after all the things Matty and Houli did for us, we knew all we had to do was play the 87 way and win. What we did with our groups, from the first-year team, to the first-year EHL team, and what we did with the core of our team for those three seasons was special. We will remember the 87 way forever."

Cear went on to talk about his commitment, and how grateful he is to earn the opportunity at UMass Dartmouth.

"The commitment is almost every hockey players' dream and knowing I get to go to school like UMass Dartmouth is special for me," added Cear. "I wouldn't have been able to do any of this if it wasn't for Matty [Kiernan] and [Adam] Houli. They taught me so much as a player both on and off the ice; I owe everything to them, my family, and my teammates." 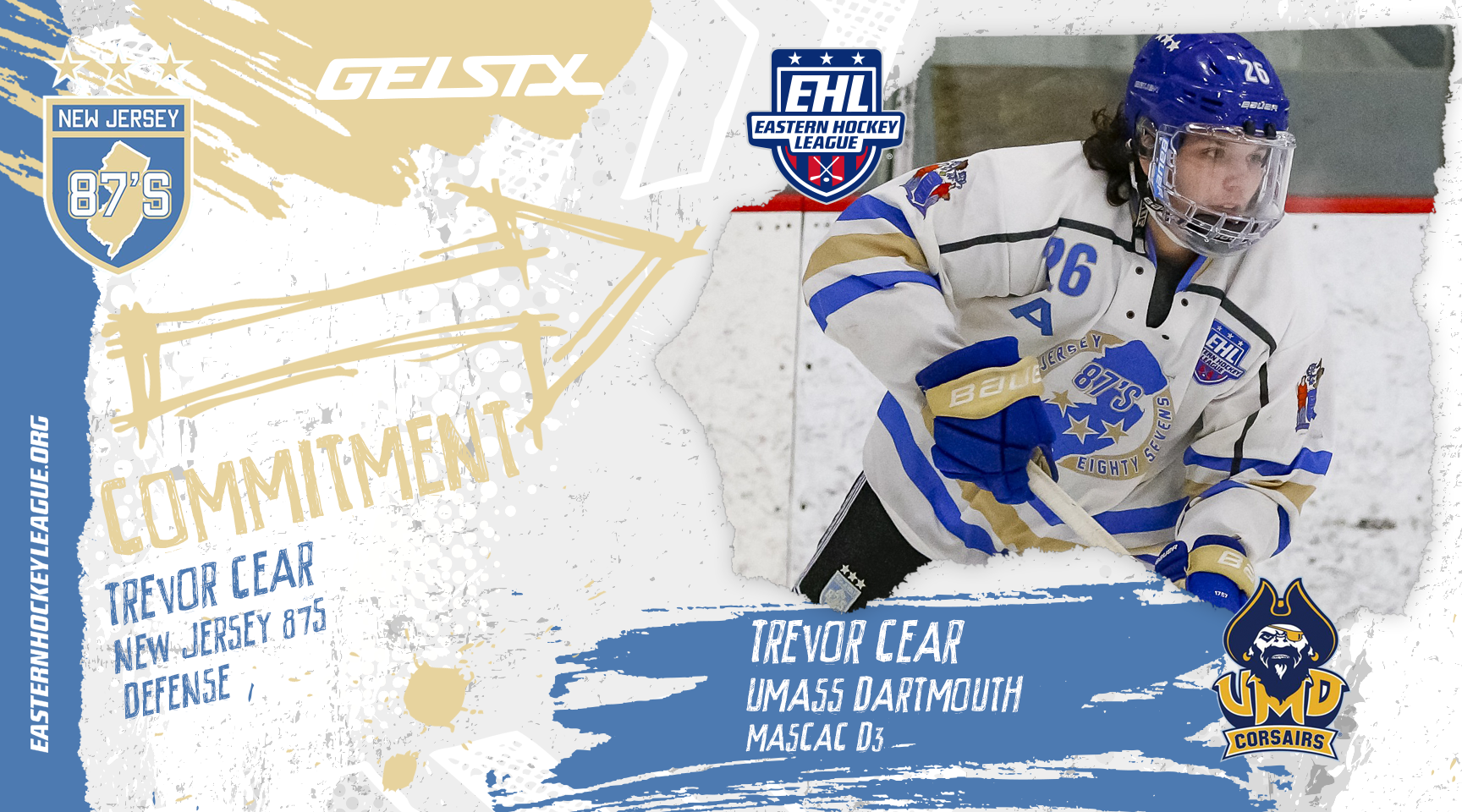