ODENTON, MD -- Peter Siolas, a goaltender for Team Maryland, has committed to Chatham University for the fall of 2020.

The '99 native of Carmel, NY recently finished his 3rd and final season in the Eastern Hockey League (EHL). Combined between time spent with the Vermont Lumberjacks, the New Hampshire Avalanche, and Team Maryland, Siolas won 23 EHL games throughout his junior career. It's also worth noting that Siolas is an alumni of the Eastern Hockey League Premier (EHLP), having played for the Brewster Bulldogs back in the 2016-17 season.

"Peter is going to be missed here with Team Maryland," said Team Maryland head coach and general manager Josh Fusco. "His work ethic, determination, and his drive, not only was infectious to the team but also to me as his coach; he pushes himself everyday to be better and the fit at Chatham is perfect for him. I couldn't be more proud and excited to follow him throughout his collegiate hockey career."

Siolas is the first EHL player from the 2019-20 season to choose Chatham, extending the league's streak out to at least one player per year since the Cougars' hockey program was formed back in 2016. Overall, Siolas is the 134th player in league history to choose a school that plays out of the United Collegiate Hockey Conference (UCHC).

"I want to thank Team Maryland and the EHL for putting me in a position to get to where I am today," said Siolas. "It’s good to know the years of work have paid off. I’m excited to get things going as a Cougar."

Siolas is the 6th member of the 2019-20 Maryland squad to commit to an NCAA program, and that total is now triple the final tally from the 2018-19 season. 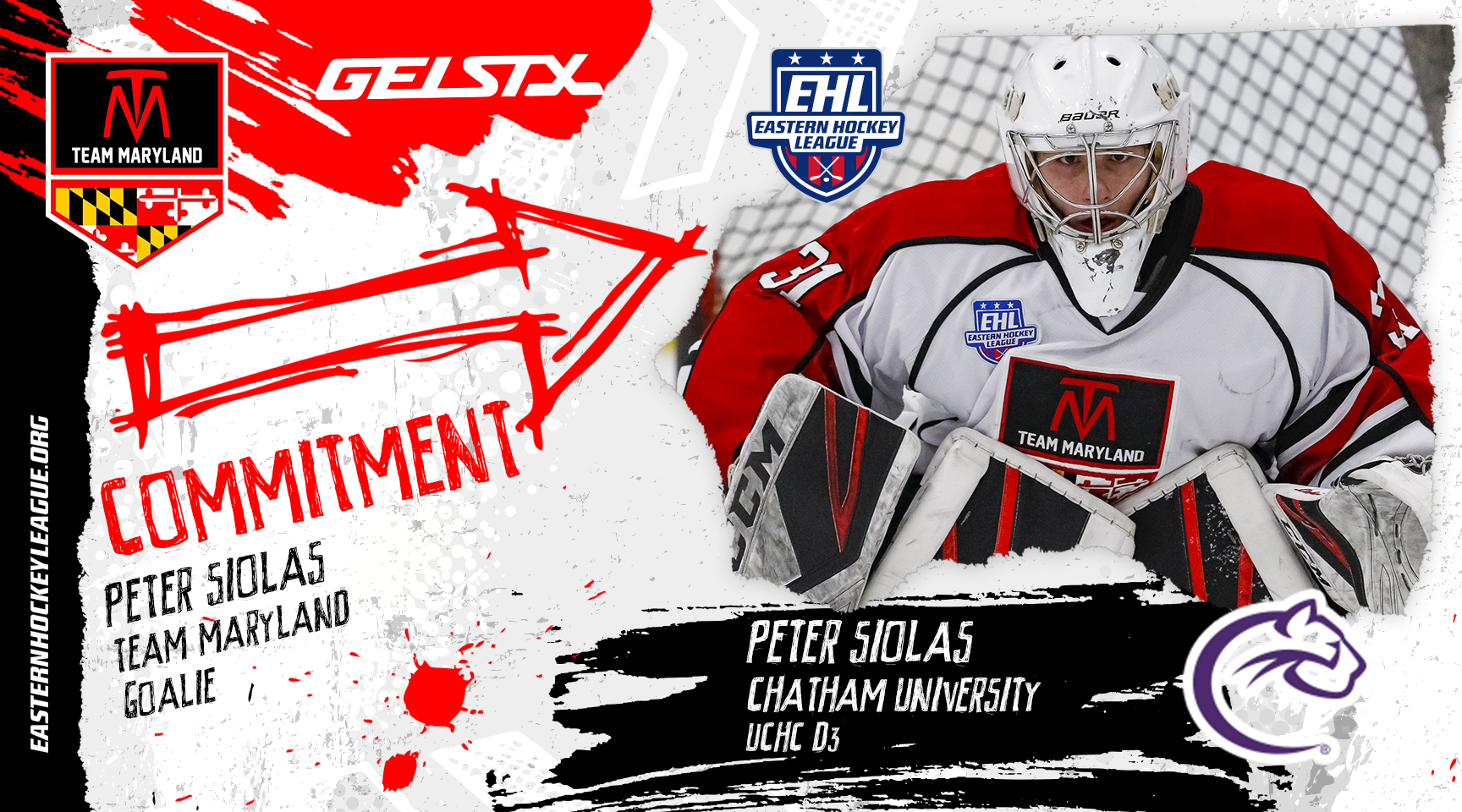