BEDFORD, MA -- Brendan Darby, a forward for the East Coast Wizards, has committed to St. Olaf College for the fall of 2020.

The '99 native of Chatham, NJ recently finished his 2nd and final season with the Wizards, and in 76 career games in the Eastern Hockey League (EHL), Darby scored 33 goals and collected 43 assists.

"I am very proud and happy for [Brendan] Darby," said Wizards head coach and general manager Kory Falite. "He battled through a few different injuries during his time with the team, but when he was healthy, he was right up there with the most dynamic players in the league."

To Falite's point, while Darby missed a handful of contests each year, he also averaged one-point per game when he was on the ice. Darby is very happy his journey took him to the Wizards, and is beyond grateful for everything that the program did for him.

"I would first like to thank my coaches, Freddy Meyer and Kory Falite, for their dedication to develop me into the best player I could possibly be," said Darby. "I also want to thank Adrien Peacock for his commitment to make my teammates and I better players through our off-ice training. Not only were these three focused on developing me as a hockey player, they were also just as dedicated to making me a better person off the ice. Lastly, I would like to thank my parents and sister for the sacrifices they have made to let me play the game I love. I will also be forever grateful for my teammates and the friendships I have developed through playing with the East Coast Wizards."

Darby is the second-ever player in Wizards' history to commit to St. Olaf College, as well as the second-ever Wizard to choose a program in the Minnesota Intercollegiate Athletic Conference (MIAC).

Learn more about the Wizards on the team's official website, and check out the full 2019-20 NCAA commitment list. 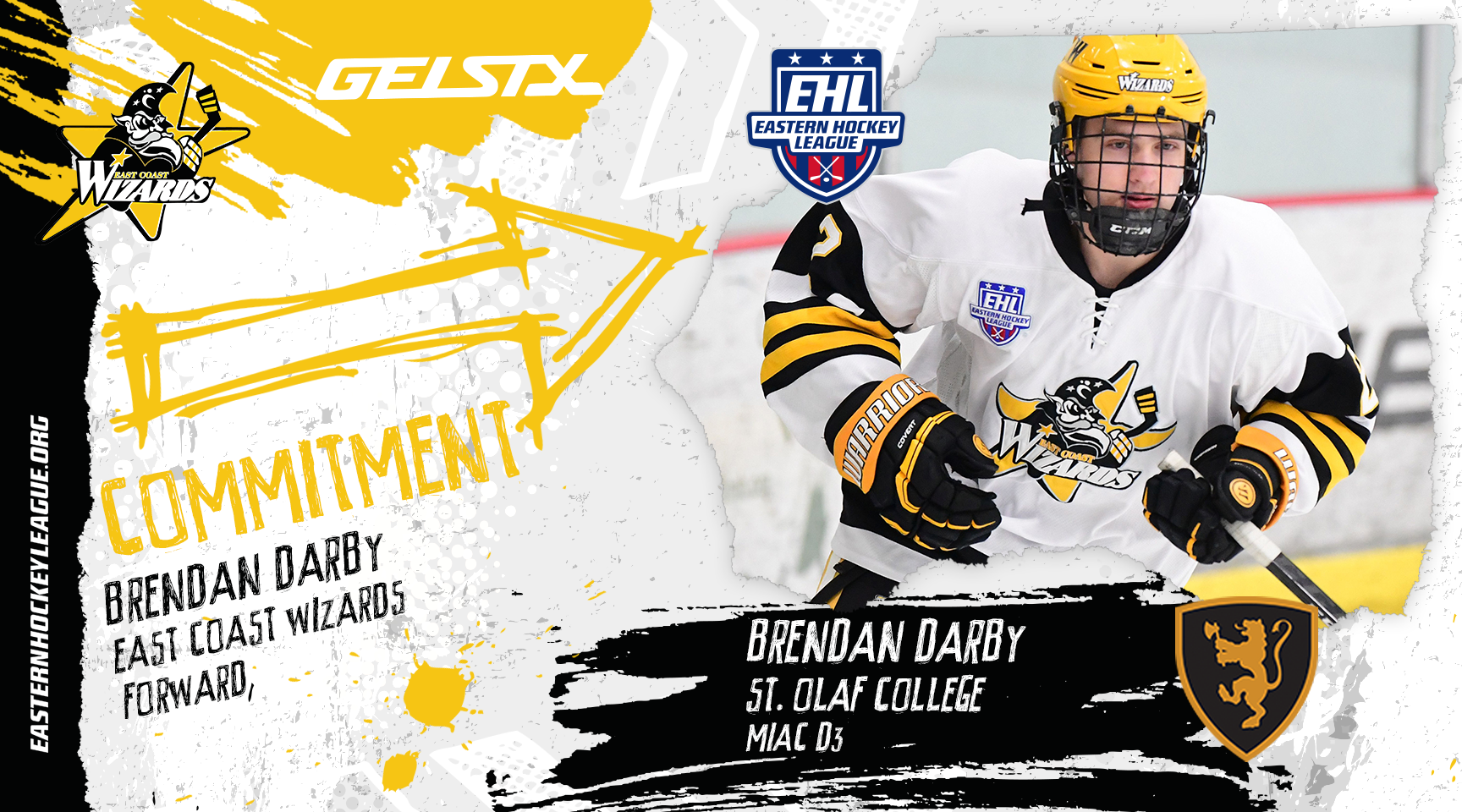