Program Geared Up and Ready for Season #2

BOSTON, MA -- The Team of the Week features return this week, with an organization that is coming off of their first season in the Eastern Hockey League (EHL) and Eastern Hockey League Premier (EHL). It goes without saying that it's very tough to be successful during an inaugural campaign, but there were still plenty of positive takeaways for both Railers teams.

James Mello is the Head Coach of the EHL team, working underneath Mike Addesa I (General Manager), and alongside fellow coaches Brian Addesa, Sean Bertoni, and Mike Addesa III. On this week's episode of the podcast, Mello talks about the continuity of the staff, and how much everyone learned throughout their first season in the league.

"After completing our first year, I consider myself very fortunate that our program is a part of the EHL," said Mello. "There is a tremendous amount of experience and talent both on the ice and behind the benches in this league. The results are a competitive environment in games and practice that provides players with the opportunity to develop and get the exposure needed to reach the NCAA college levels. Looking forward to year two."

As we mentioned before, the leading force at the front of the operation is Mike Addesa I, a former Division I Head Coach and NHL Scout who has been working in hockey for decades. Addesa is proud of what his program accomplished in year #1, ready to build off of that in year #2, and similar to Mello, beyond proud to be a part of the EHL.

"While the EHL has a number of strengths, there are none stronger than the mechanism that is constantly in motion to expose its players to college hockey coaches and professional hockey scouts," said Addesa. "Unlike most, the league website is incredibly easy for one to navigate through. As a former head hockey coach at Holy Cross and RPI, and also as a professional hockey scout with the Detroit Red Wings, Calgary Flames, and the Vancouver Canucks, I have not experienced another league in North America that provides a scout with anywhere near as much accurate information on its players as the present day EHL."

Below you'll find a link to listen to the latest episode of the #Eshow featuring James Mello, as well as player testimonials from a group of Railers players heading to college this fall. 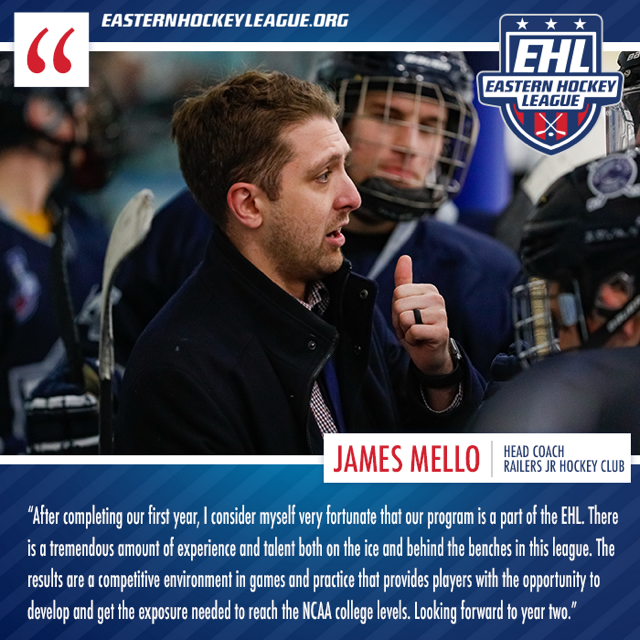 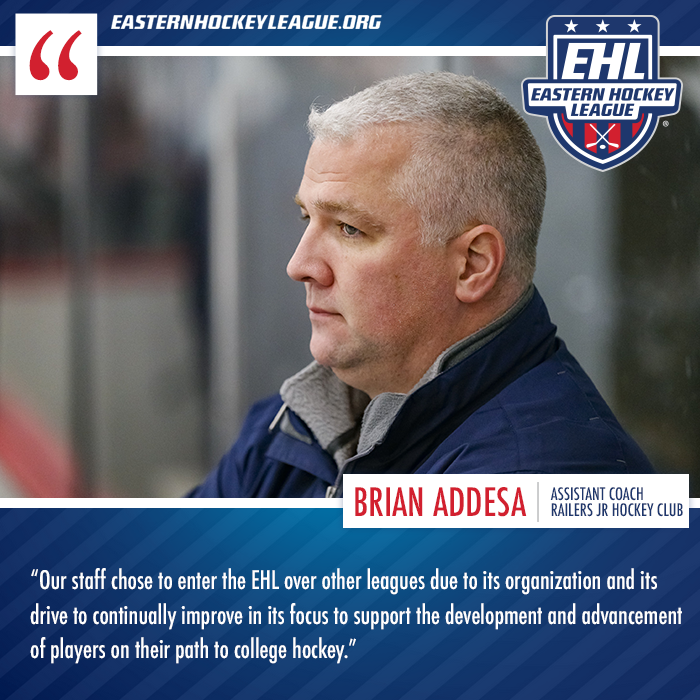 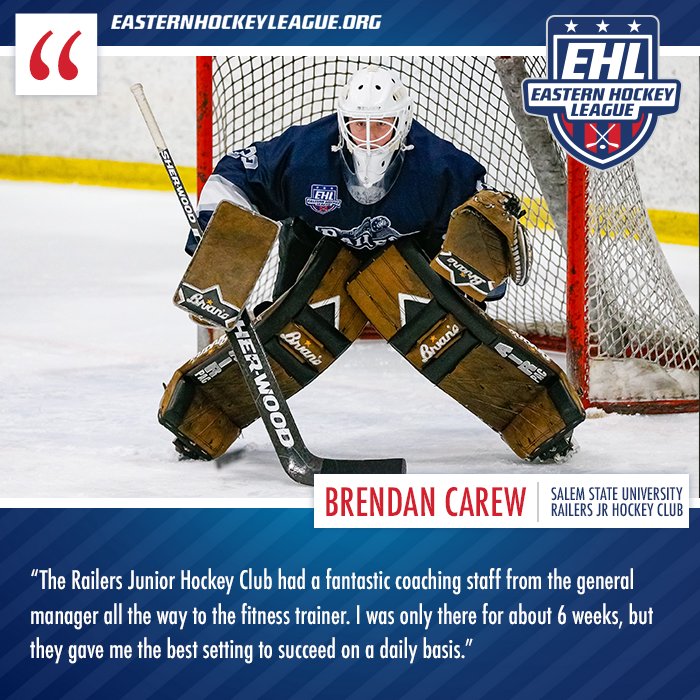 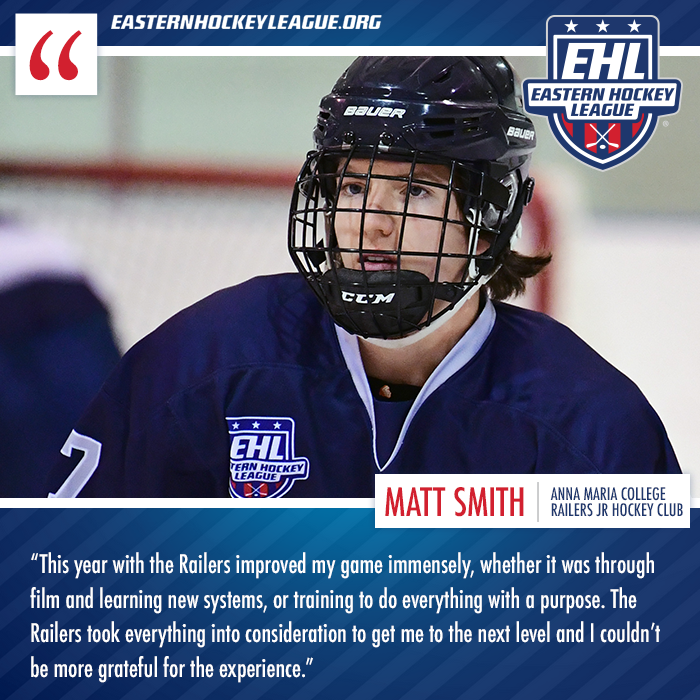 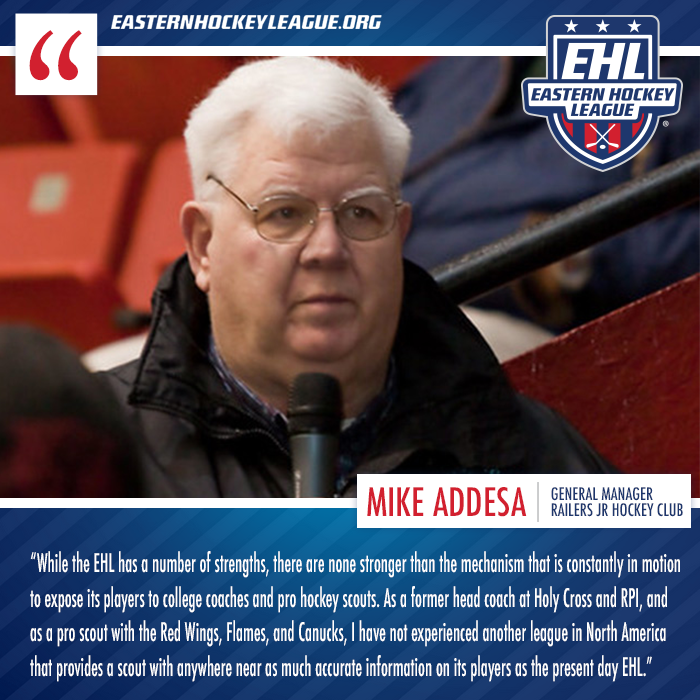 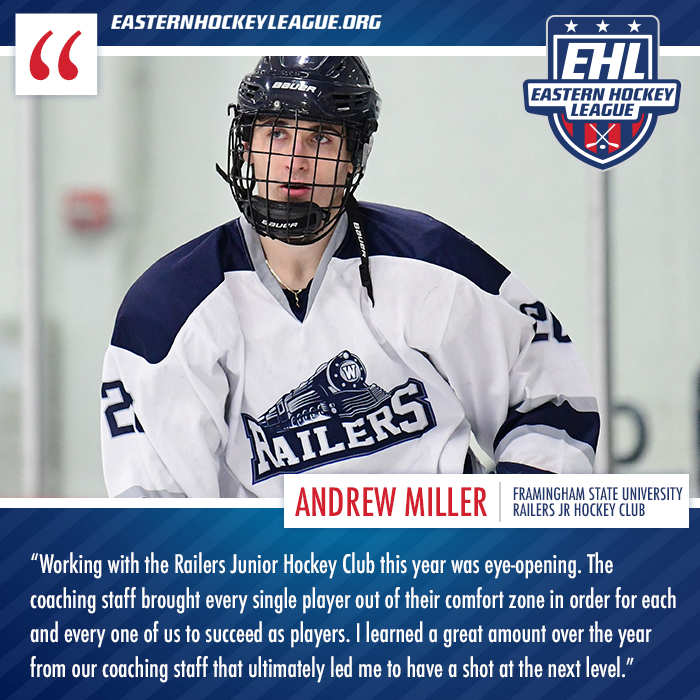 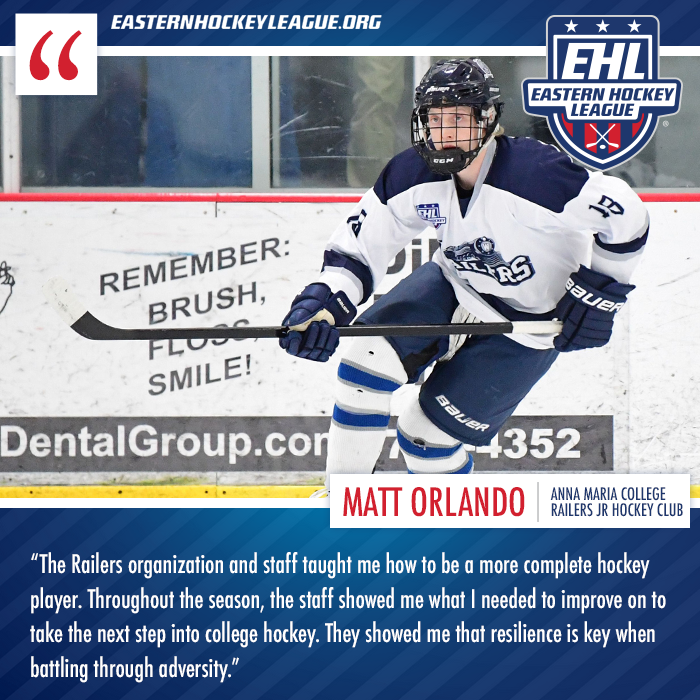 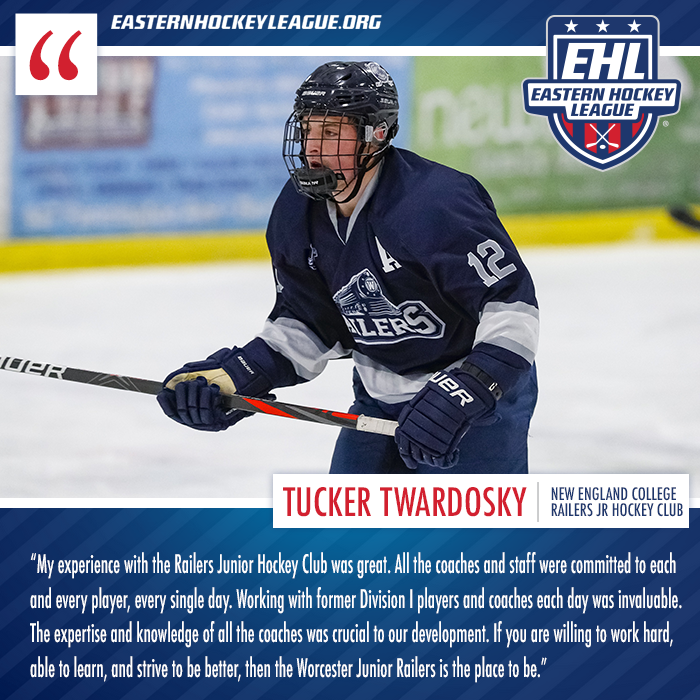