ODENTON, MD -- Johnny Jackson, a forward for Team Maryland, has committed to Nazareth College for the fall of 2020.

The 2000-born native of Gloucester Township, NJ played two full seasons in the Eastern Hockey League (EHL), and in 86 total games, he scored 33 goals and collected 29 assists. After spending the 2018-19 season helping the Wilkes-Barre/Scranton Knights reach the EHL Frozen Finals, Jackson began this past season with the New Jersey 87s. Right at the turn of the calendar year, Jackson reunited with Josh Fusco, and it has all now paid off with this commitment.

"I'm very excited for Johnny," said Team Maryland head coach and general manager Josh Fusco. "His work ethic and dedication got him to this point. He leads by example and brings a lot of passion. He will be missed and I can’t wait to track him throughout his collegiate career. I'm so happy he came to TM to pursue his dream."

After tallying 19 points in his first 26 games of the year with the 87s, Jackson made the move to get back with his coach from the previous season. The change of scenery proved to be huge for the veteran forward, who averaged over a point per game with Maryland, collecting 19 points in 16 total contests.

"I am proud to announce my commitment to continue my education and further my hockey career at Nazareth College," said Jackson "I was really impressed by the academics, and to be able to play for Coach George Roll and the Nazareth hockey program is truly a blessing. I also want to thank my family, friends, teammates and coaches for all of the constant support they have given me over the years. I want to give a special thanks to Coach Josh Fusco and the Team Maryland staff for helping me achieve my goal of playing NCAA Hockey. From making a run to the Frozen Finals with the Knights, to helping me make a college commitment, Coach Fusco has been there through it all and I can’t thank him enough for taking me back this year. He is a coach who truly cares about his players and where his players want to be. He always puts his players first no matter what and that goes a very long way. He has helped me so much on and off the ice, I am really going to miss playing for him. I also want to thank everyone who made my junior hockey experience so special and 2 years I won’t forget. I'm really excited to get started at Nazareth!"

Jackson is one of two EHL players heading to Nazareth this fall, as he will be joined by Nicholas Simsir of the Philadelphia Jr. Flyers, who made the same decision earlier this month. Overall, Jackson is the 17th player in league history to choose the Nazareth hockey program. 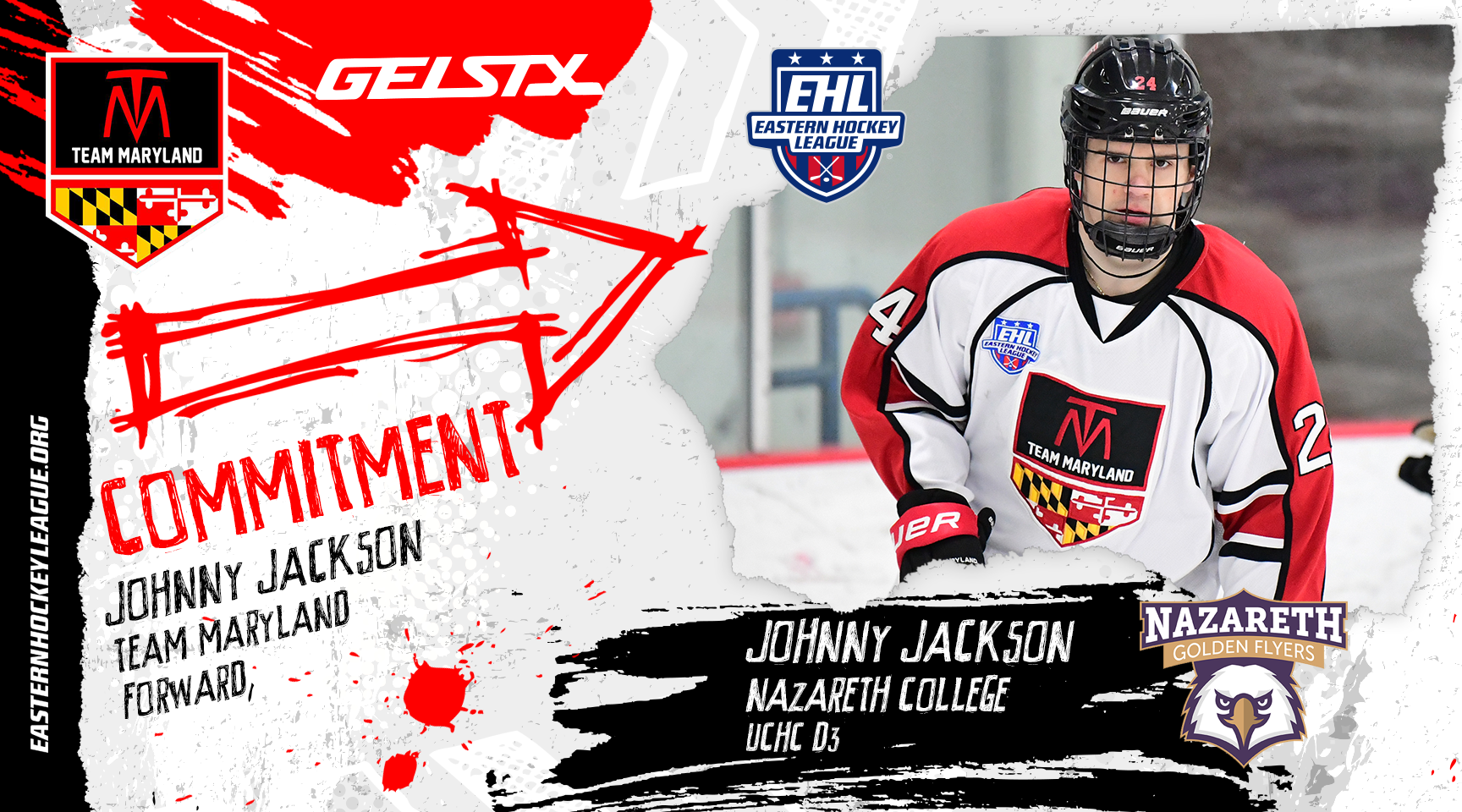