Express Forward Set to Join the Raiders this Fall

WALPOLE, MA -- Noe Turdjmann, a forward for the Walpole Express, has committed to the Milwaukee School of Engineering (MSOE) for the fall of 2020.

The '99 native of Lancy, Switzerland joined the Express in mid-December this past season, and notched a pair of assists down the stretch. With Turdjmann's commitment Walpole finishes with 15 total for the 2019-20 season, the 2nd-highest mark in the Eastern Hockey League (EHL).

"Noe battled a ton of adversity this year with injuries, and coming to the team half way through the season,” said Express head coach and general manager Cody Campbell. "He remained positive and focused on his goal of playing college hockey, and we are thrilled to be a part of him accomplishing that dream."

As Campbell mentioned, a few injuries didn't slow Turdjmann down, as he continued working towards this ultimate goal. With the weight now off of his shoulders, the European forward is very excited about his decision.

"I am very excited for the opportunity to join the Milwaukee School of Engineering," said Turdjmann. "The school offers strong academic programs and competes in one of the best conferences in all of NCAA Division III hockey. To get an education as well as playing hockey at a high level would not have been achievable in Switzerland."

Turdjmann went on to show his appreciation to everyone that helped him get to this moment in his career.

"I would like to thank Coach Campbell and the rest of the Express organization for welcoming me to the team halfway through the season," added Turdjmann. "Coach Campbell gives opportunities to succeed to all of his players and he continued to help me with the college process long after the season ended. I couldn’t be happier to have finished my junior career with the Express.”

Turdjmann is one of two EHL players joining the Raiders this fall, as he will begin his collegiate hockey career with CJ Kline from the Seahawks Hockey Club. 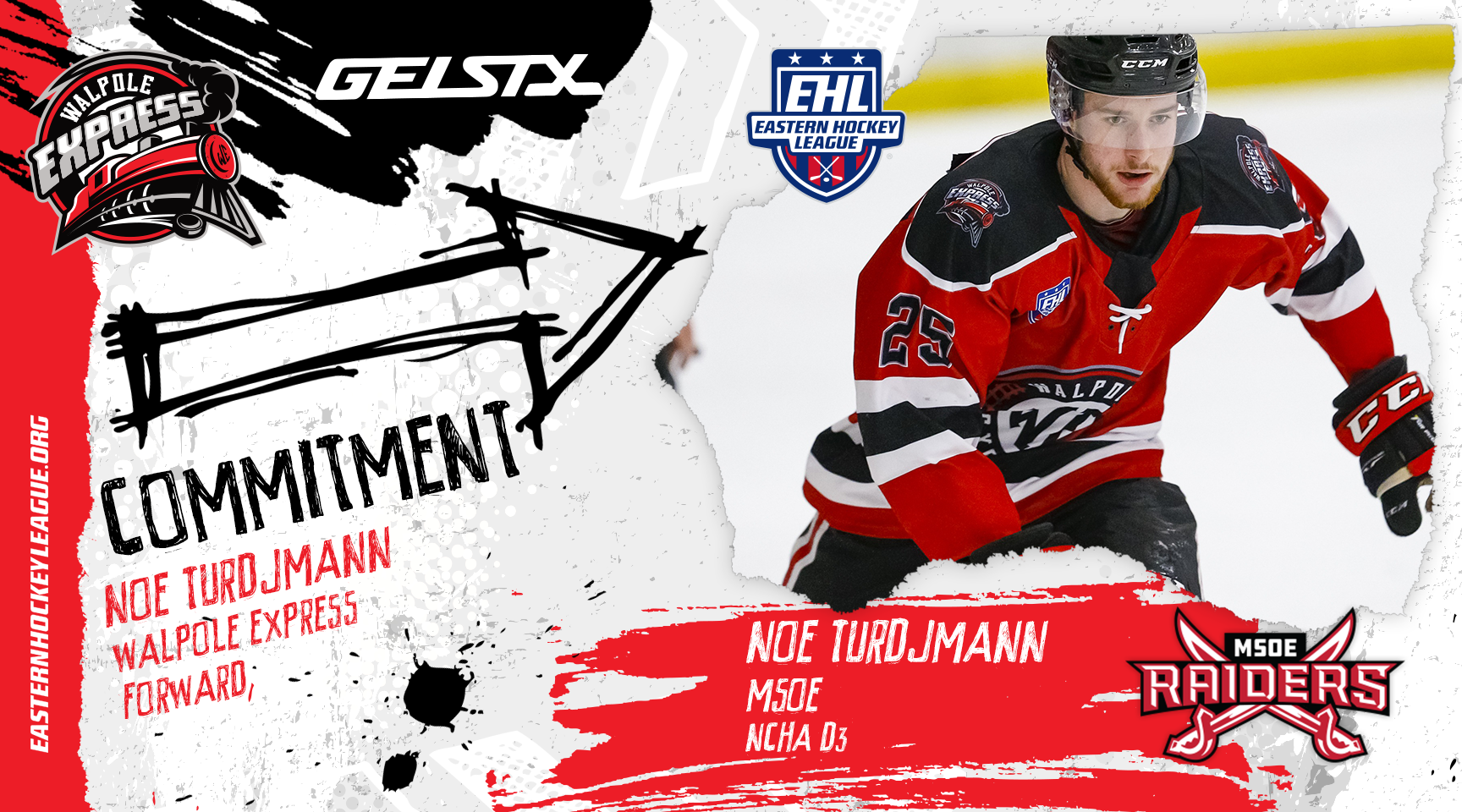