EXETER, NH -- Josh Alexander, a forward for the Seacoast Spartans, has committed to Anna Maria College for the fall of 2020.

The '99 native of Oklahoma City, OK followed Brett Tryder to Spartans for his final year of junior hockey. In 48 total games in the Eastern Hockey League (EHL), Alexander scored nine goals and collected 14 assists to his name.

"I couldn’t be happier for Josh," said Spartans head coach Brett Tryder. "I coached him for two years and he has made great strides in his overall level of play. His view of time and space allows him to take advantage of situations that others just don’t see. Josh has been one of the most enjoyable players that I have had the opportunity to coach. He brings great energy along with his hockey talents and I am sure that he will have a great career at Anna Maria.”

Alexander is the 10th NCAA Commitment of the 2019-20 season for the Spartans, as they continue to add on to what was a solid inaugural campaign in the EHL. Overall, Alexander is one of four EHL players heading to Anna Maria this fall, as he will be joined by Ethan McKinley of the Connecticut Chiefs, and Matthew Orlando and Matthew Smith of the Railers Jr Hockey Club.

“I had the time of my life, playing junior hockey," said Alexander. "I met people and had experiences I would never have had otherwise. I can’t wait to apply what I learned during my junior hockey career, to college, both on and off the ice.”

Tryder went on to talk about the Amcats' hockey program and how it is being developed at Anna Maria.

"Coach McCauley is doing great things at Anna Maria," added Tryder. "He is working hard and continuing to build a great program. I am excited to hand Josh off to such a highly-motivated coach. I can’t wait to see him play in college.” 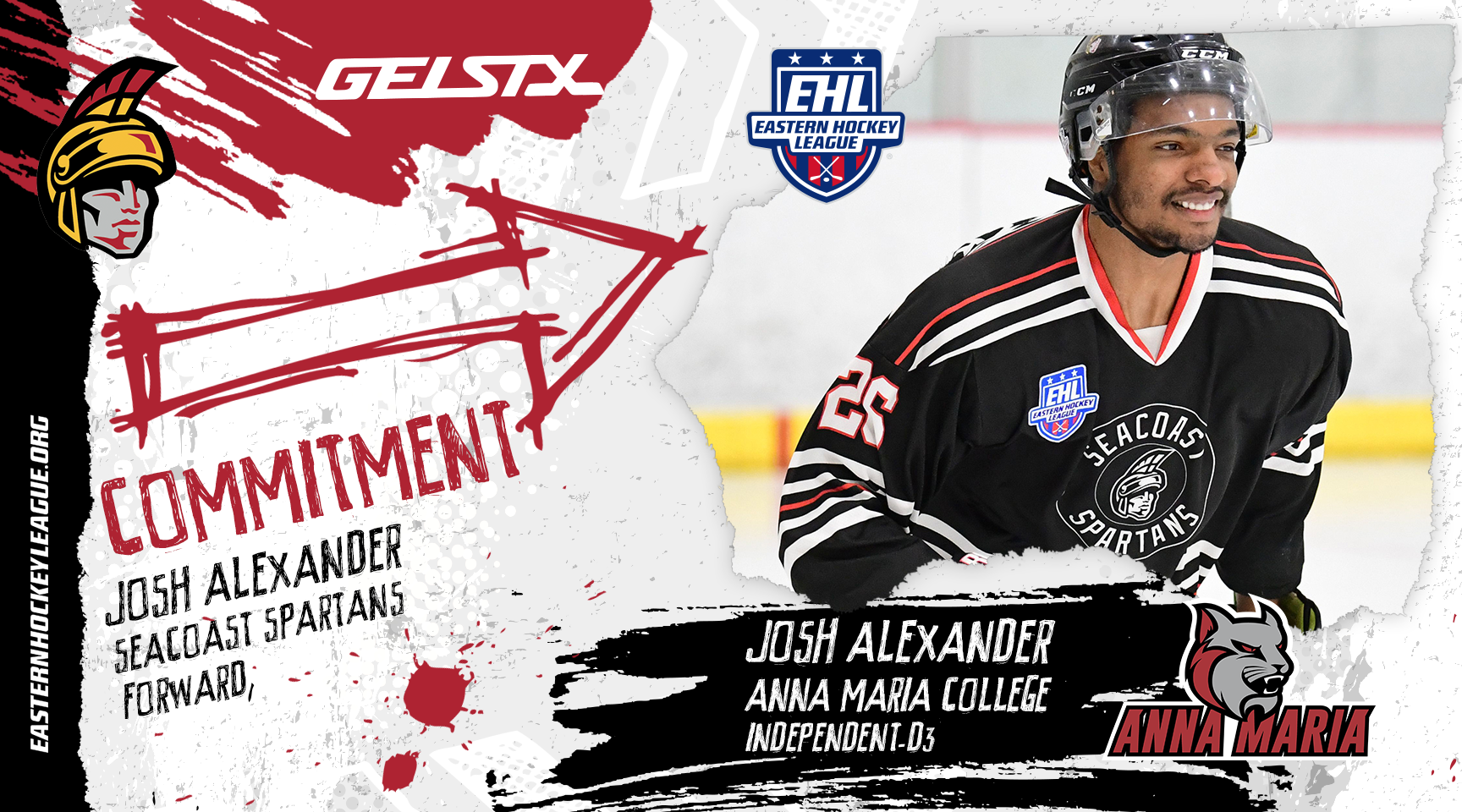