NORWALK, CT -- James Gregory, a defenseman for the Connecticut RoughRiders, has committed to Manhattanville College for the fall of 2021.

The 2000-born native of Darien, CT finished his first and only season with the RoughRiders this past March, and in 48 total games in the Eastern Hockey League (EHL), Gregory tallied 20 points to his name.

"James is a skilled defenseman with nice offensive skills and a solid shot from the point," said RoughRiders head coach and general manager Eric Lind. "He was excellent quarterbacking the power-play and is able to log big minutes. He also has good vision and makes a great first pass.”

When Gregory arrives at Manhattanville next fall, he'll be joined by his 2019-20 teammate Andrew Bella, and Michael Chris of the Philadelphia Jr. Flyers.

Overall, Gregory is the 16th player in league history to choose the Valiants' hockey program, a college that his brought in at least one player per year from the EHL since the league was formed back in 2013.

Along with Bella, Gregory will also join a pair of former RoughRiders already playing at Manhattanville in Connor Boyce and Alex Rowella. 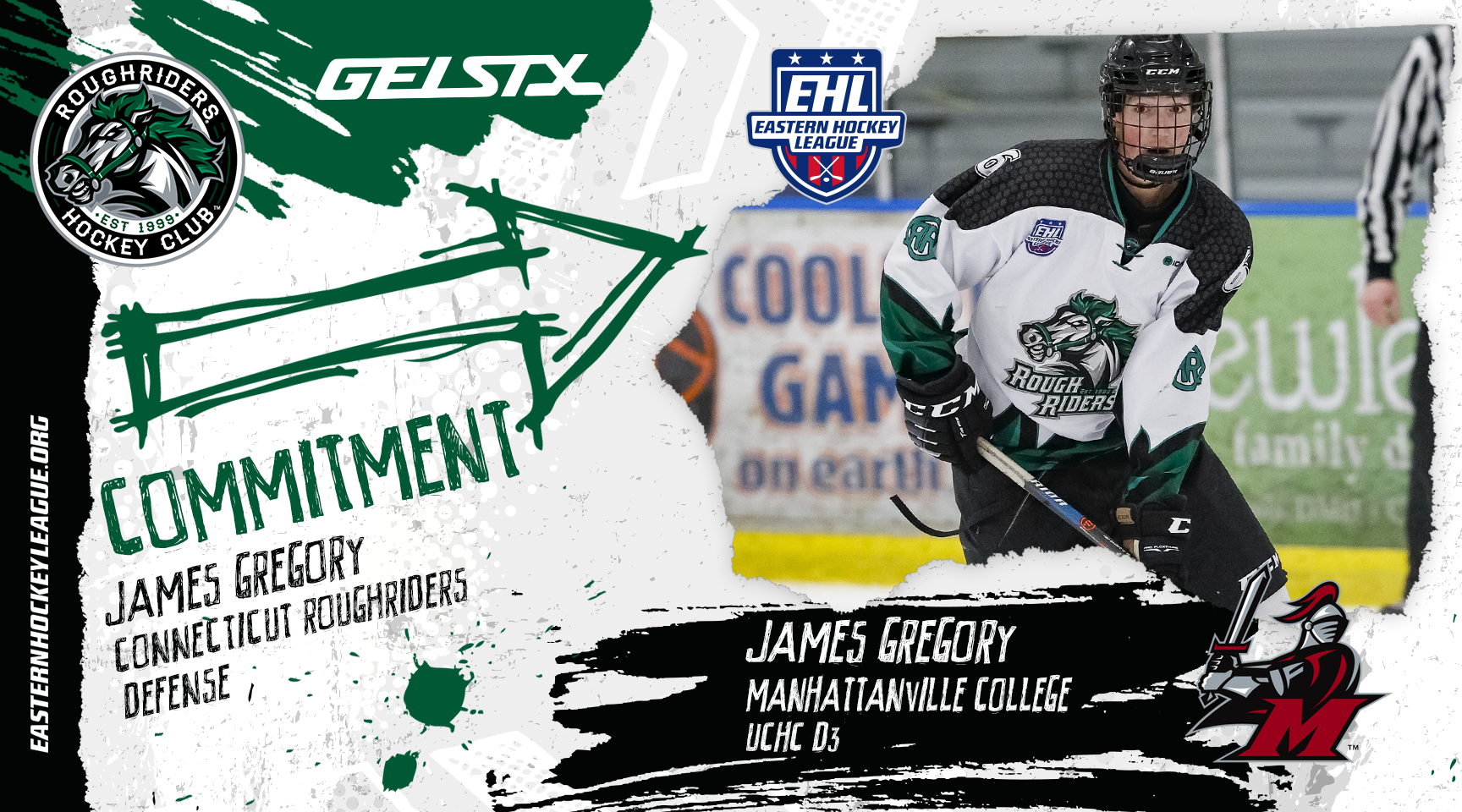