DENNIS, MA -- Declan Dennehy, a forward for the Seahawks Hockey Club, has committed to Johnson & Wales University (JWU) for the fall of 2020.

The 2000-born native of Duxbury, MA finished his 2nd season with the Seahawks this past March. In 83 career games in the Eastern Hockey League (EHL), Dennehy scored 13 goals and collected 22 assists.

"Declan is a high-flying forward that plays a very good north-south game and will bring speed and creativity to the JWU Wildcats lineup," said Seahawks head coach and general manager Bill Zaniboni. "We are excited for Declan and his family."

Dennehy is one of three EHL players from the 2019-20 season heading to JWU this fall, as he will be joined by Carter Elrod of the East Coast Wizards and Scotty Osani of the Seacoast Spartans. Overall, Dennehy is the 27th player in league history to choose the Wildcats' program, and 142nd player in league history to commit to a school in the New England Hockey Conference (NEHC).

"I am proud to announce my commitment to Johnson & Wales University to pursue academics and further my athletic career," said Dennehy. "I would like to thank my family for believing in me and giving me an opportunity to play college hockey. I would also like to thank Coach Zaniboni and the entire Seahawks staff for their help and support. The past two seasons have been the best years of my life. I can't wait for the next four years at JWU, and becoming a Wildcat." 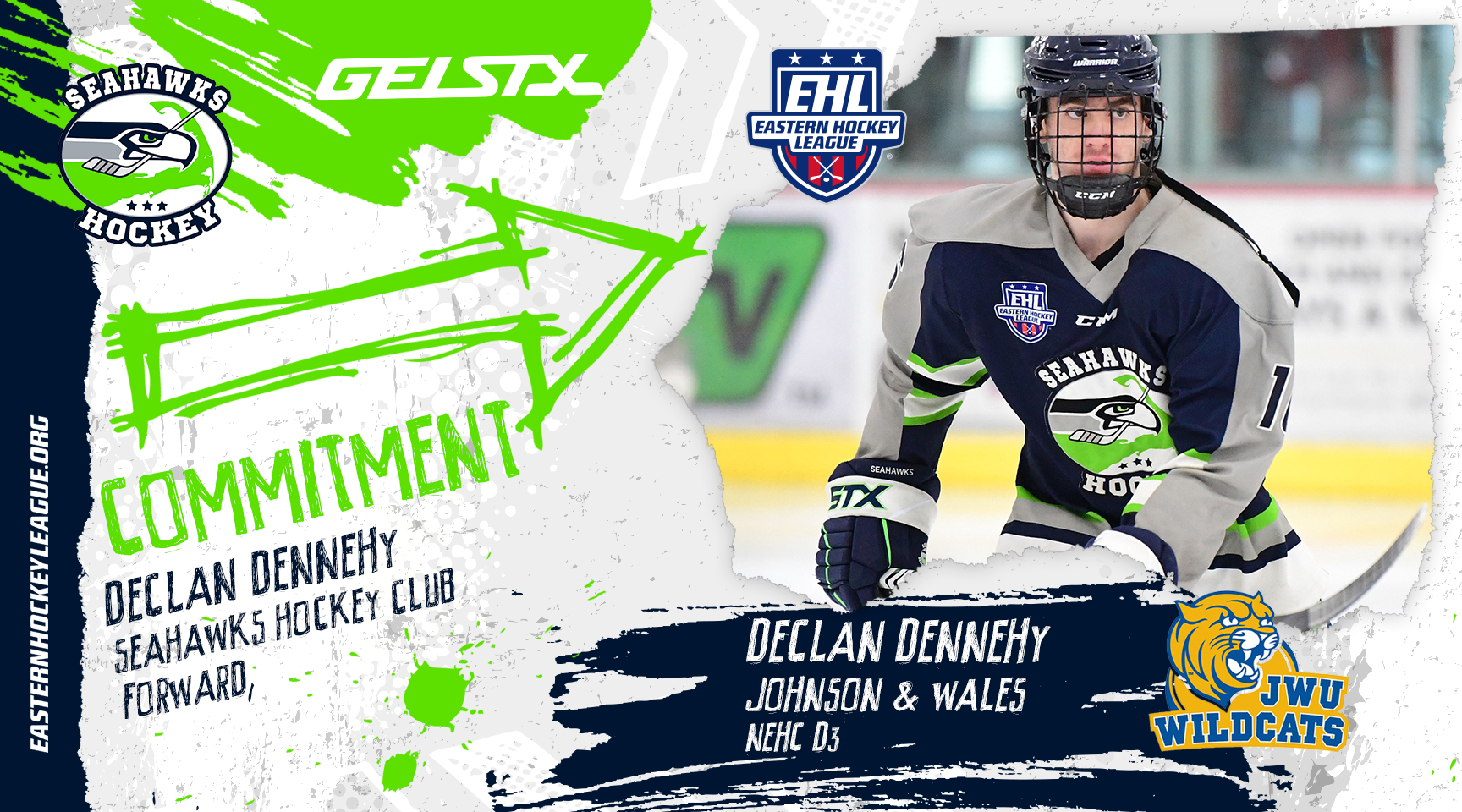