87's Defenseman Set to Join the Raiders this Fall

MIDDLETOWN, NJ -- William Gould, a defenseman for the New Jersey 87's, has committed to the Milwaukee School of Engineering (MSOE) for the fall of 2020.

The '99 native of Alexandria, VA finished his first and only season with the 87's this past March, and in 40 total games in the Eastern Hockey League (EHL), Gould notched 12 assists to his name.

"William is a very steady, puck moving defenseman, who will be a good asset to MSOE," said 87's head coach and general manager Adam Houli. "He worked very hard this year, and playing NCAA Division III was his goal. I am very happy he was able to get what he wanted, he gave us everything, and developed into a great player. In my mind, this is a really good addition to MSOE, and he will be a great player there."

MSOE has been a program that has always been a stronger recruiter of the EHL, as Gould will be joined by CJ Kline of the Seahawks Hockey Club and Noe Turdjmann of the Walpole Express, when he arrives this fall. Overall, Gould is the 17th player in league history to choose the the Raiders' program.

"Having played prep school hockey and repeating, I only had one year of eligibility left for juniors, so I knew I had to make it count," said Gould. "I knew right away that Coach Adam and the 87's was the right path to take as I wanted to play NCAA hockey. They prepared me day in and day out for the next level and I wouldn’t have chosen any other route if I had the option to redo my age-out year. This is the spot you want to be if you want to get to the next level." 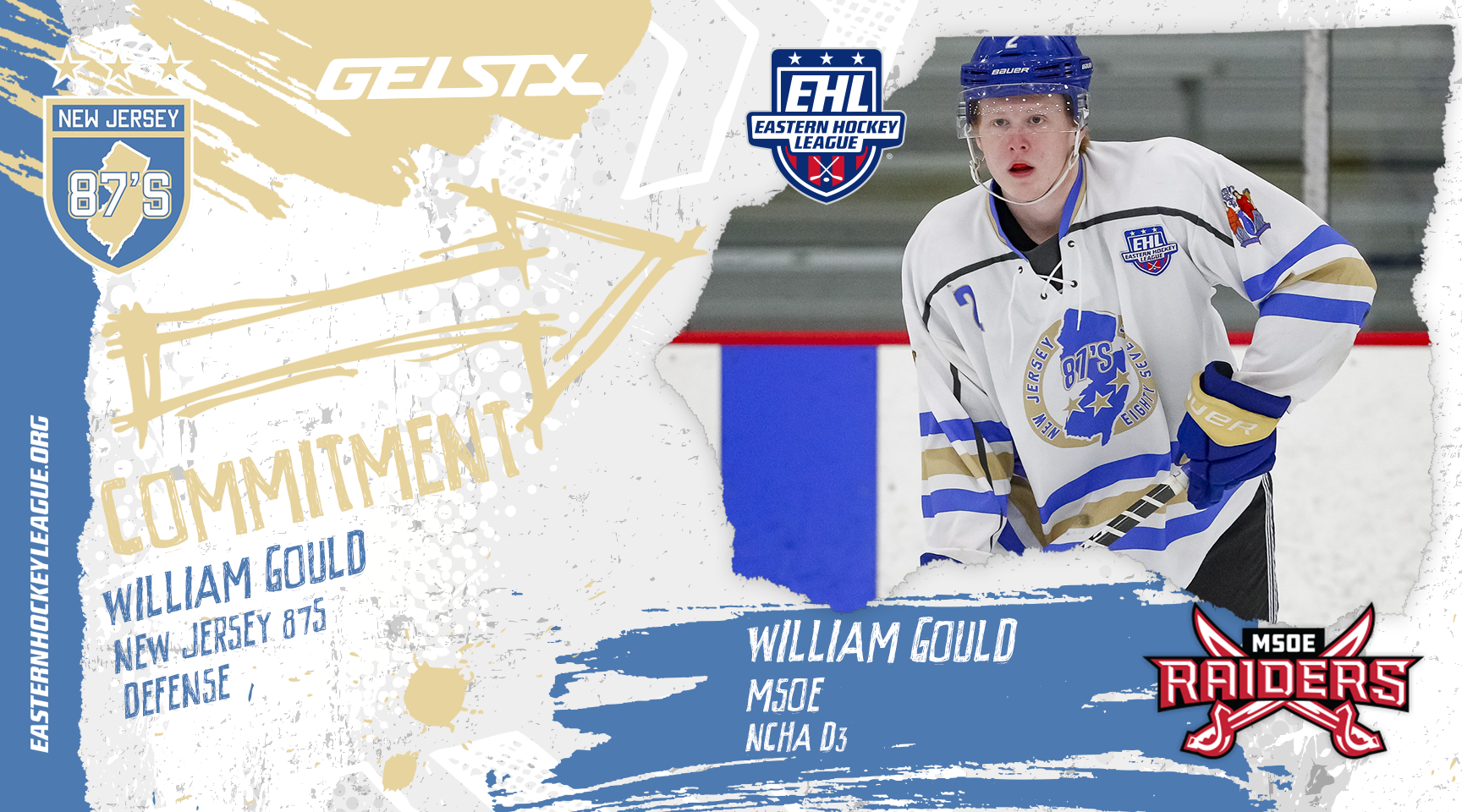