The EHL is pleased to announce that Brayden Patricia (Protec Jr Ducks), Kevin Bite (New England Wolves) and David Reduzzi (Vermont Lumberjacks) have been named the September Stars of the Month.

Patricia and the Ducks started their inaugural season off by going 2-1-1 over their first four games in the month of September. Protec earned five out of a possible eight points, and collected a pair of victories over the New York Apple Core. The 2000-born native of Stewartsville, NJ tallied a total of 12 points in the four games, scoring four goals, and notching eight assists. Patricia started his 2020-21 campaign off by tallying an assist and the game-winning goal in overtime, ultimately propelling his team to their first win in franchise history on the 21st. Things did not stop there as he tallied two more goals the next day against New York, and then chipped in with three assists as well, as the Ducks completed the two-game sweep of the Apple Core.

Patricia then finished things off with a goal and three assists in Protec's two-game series with Team Maryland. The veteran forward was held off of the scoresheet in his team's first two games of October, but he will look to turn things around with six more matchups on the schedule this month.

Bite and the Wolves earned six out of a possible eight points in September, and overall, they stand today at 4-1-0 through their first five games.

As for the 2000-born native of Atlanta, GA, Bite has tallied at least a point in all five games for his team so far this season. Focusing in on the month of September in particular, Bite led all defensemen in the EHL in scoring with six total points (1 goal, 5 assists).

After starting a perfect 3-0-0, the Wolves dropped their final game of the month at the hands of the Seahawks Hockey Club, but then snapped that skid before it even got started with a win over the Valley Jr Warriors this past Saturday night. As for the rest of October, the Wolves have nine games remaining throughout the remainder of the month.

Wrapping things up between the pipes, Reduzzi and the Lumberjacks won all three of their games in the month of September, with the veteran netminder between the pipes for a pair of the victories.

Overall, Reduzzi stopped 79 of the 83 total shots that he faced, while picking up wins over the Railers Jr Hockey Club and the Walpole Express. After winning 18 games in the 2019-20 regular season, the 2000-born native of St. Louis, MO is off to a great start as he looks to surpass that total and then some in his final year of junior hockey.

The EHLP is pleased to announce that Graham Hassan (New Hampshire Avalanche), Alarico Valentini (New England Wolves) and Joey Jamison (New Jersey Renegades) have been named the September Stars of the Month.

Hassan the Avalanche enjoyed a perfect month of September, winning all three of their games and collecting six out of a possible six points. New Hampshire beat the Maine Eclipse by scores of 4-1 and 7-1 on the 19th and 20th, and then made it three in a row with a 4-3 victory over the New England Wolves on the 22nd.

As for the '01 native of Pickney, MI, Hassan tallied a total of five points during the Eclipse series, scoring two goals and dishing out three assists. The talented scorer then came up huge for his team by scoring the first goal against the Wolves, followed by the game-winner with under one minute remaining in regulation. It's also worth noting that Hassan accounted for the game-winning goals against Maine as well, running his GWG total up to three for the year. After a brief break in their schedule, Hassan and the Avalanche return to action this upcoming Saturday night, as they host the Valley Jr Warriors at 7:30pm.

Staying in the Granite State, but moving back to the blue line, Valentini and the Wolves have hit the ice for a total of six games so far this season, five of which came in the month of September. The '02 native of Penfield, NY notched two goals and three assists in the opening month, and then added another assist to his name in his team's first game of October.

Just like the Wolves' EHL team, Valentini and the EHLP squad have a busy month of October, with seven additional games on the schedule.

Jamison and the Renegades went 2-0-1 in their first three games of the season, with the ’01 netminder standing tall between the pipes in victories over the Connecticut Chiefs and the Philadelphia Little Flyers.

The native of Plattsburgh, NY faced 98 total shots combined between the two games, allowing just five goals along the way. The .949 save percentage proved to be a key factor in his team's wins, as the Renegades hot start moved them inside the Nexlevel Power Rankings for the first time in franchise history. Even though Jamison and the Renegades dropped their first two games of October to the New Jersey 87s, the club still has seven games remaining this month, to get back on track. 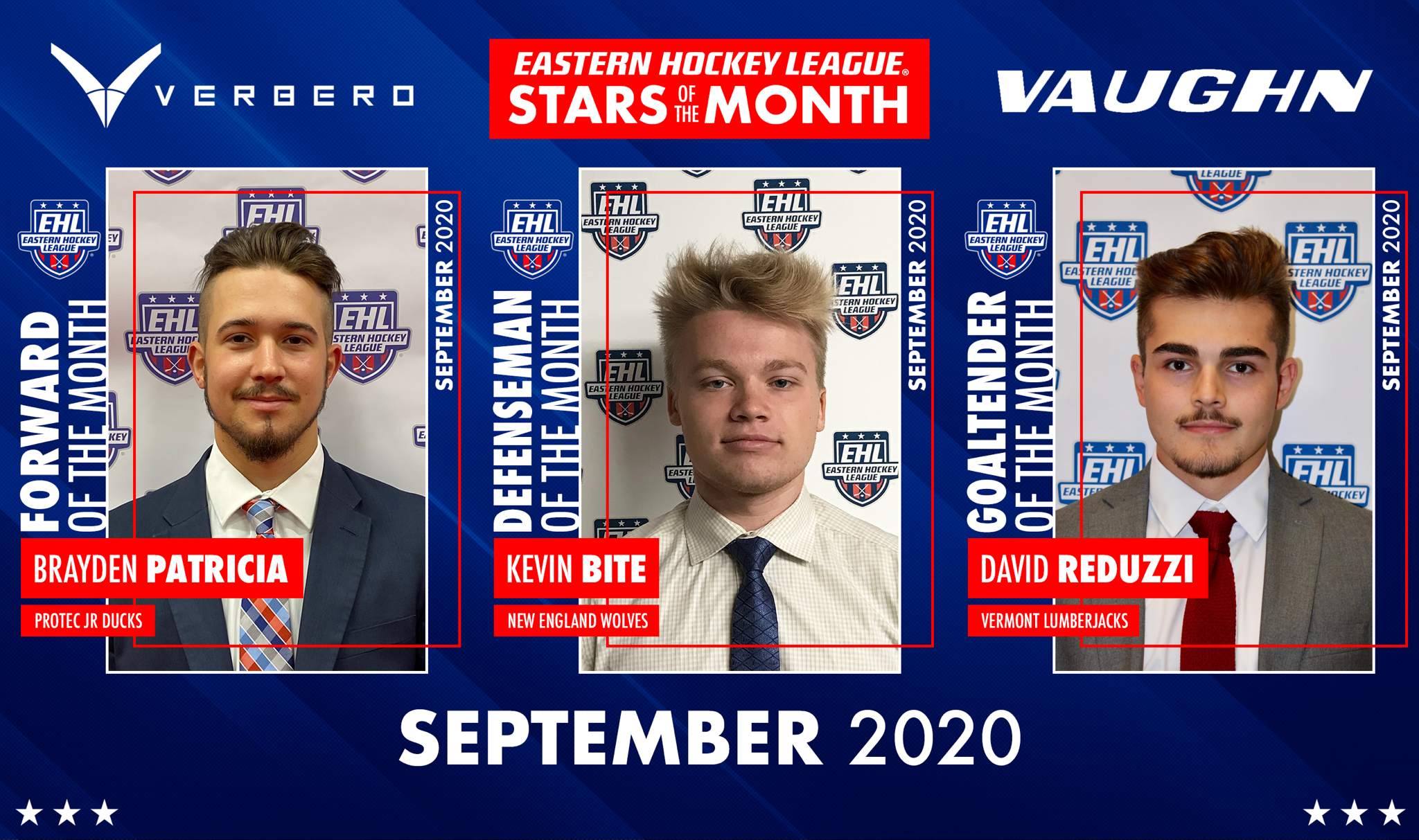 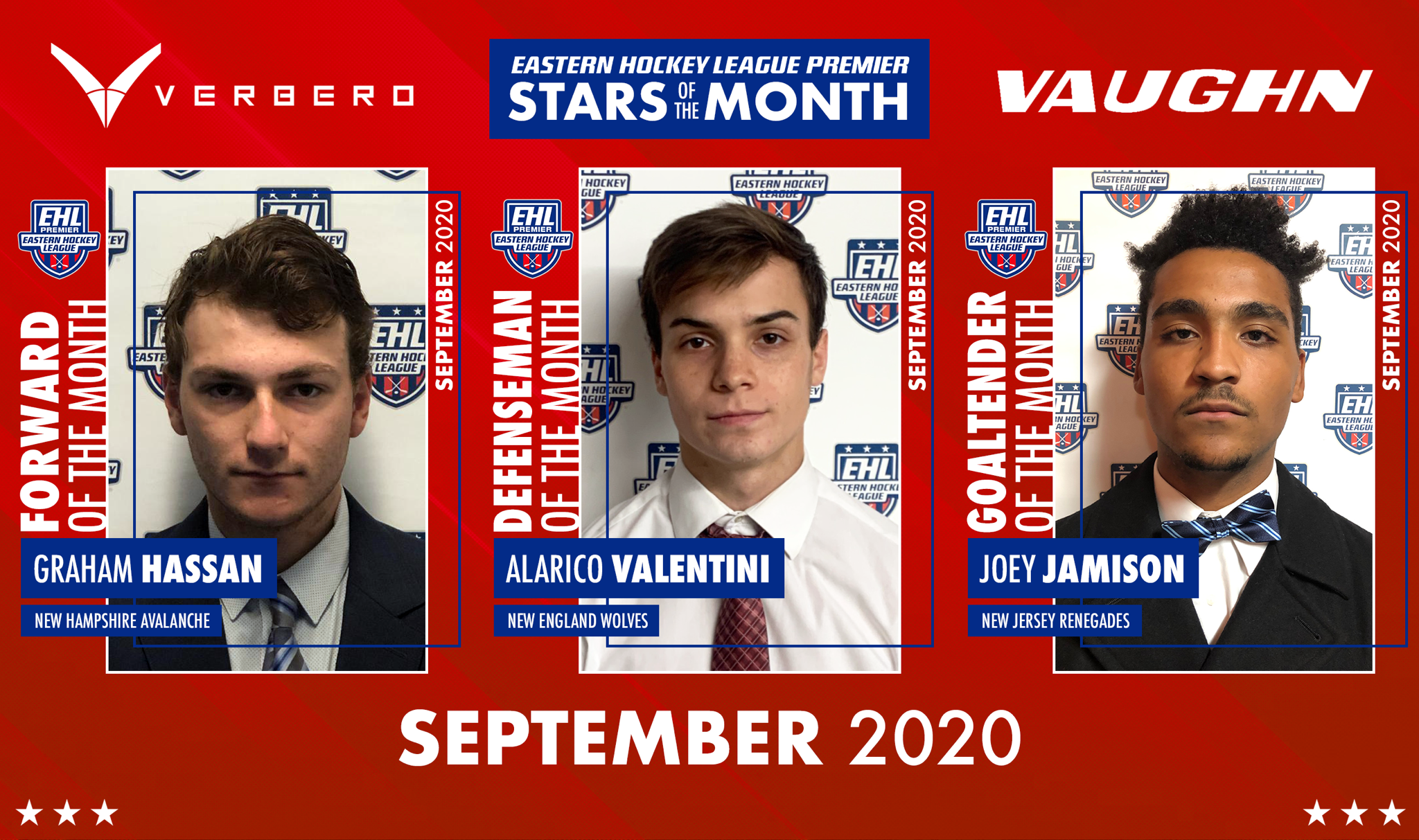