The EHL is pleased to announce that Tyler Buonopane (Connecticut RoughRiders), Bjorn Schuepbach (Seacoast Spartans) and Jon Kopack (New Jersey 87s) have been named the EHL Top Performers for Week #2.

After dropping their first three games of the season, Buonopane and the RoughRiders picked up wins over the Philadelphia Little Flyers and the Protec Jr Ducks this past week. The 2000-born native of North Andover, MA kicked off the week with a goal and two assists in a 4-3 victory over the Little Flyers on Tuesday. Fast forward a few days, and Buonopane added another goal and three assists in a 6-1 victory over the Ducks on Friday.

For the season the veteran forward now has five goals and nine assists, and his 14 total points ranks him at the top of the entire league in scoring. He'll look to stay hot when the RoughRiders host the Ducks tomorrow at 11:30 am, and the New York Apple Core at the same time on Friday.

Schuepbach and the Spartans won both of their games over the Maine Eclipse this past week, by scores of 4-1 and 6-5 (OT). The 2000-born native of Monument, CO scored a pair of goals including the game-winner in the first matchup, and then tacked a pair of assists in the back end of the home-and-home series. For the season, the veteran defenseman now has seven points through his first four games, which ranks him one point behind Kevin Bite of the New England Wolves for the league lead in defensive scoring.

Schuepbach and the Spartans are 3-0-1 in their first four games, and they are set to host the Walpole Express tomorrow afternoon, and then travel back up to Maine on Thursday. for another matchup with the Eclipse.

The veteran netminder is off to a great start in his 3rd and final season of junior hockey, as he looks to leave his mark on the way to the next level. Entering this year Kopack won 13 games in his first season (2018-19) and 10 games this past year (2019-20), totals that he hopes to surpass as the new anchor for his team.

The EHLP is pleased to announce that Jackson Collins (Vermont Lumberjacks), Ben Peiffer (New Jersey 87s) and Justin Bucalo (Maine Eclipse) have been named the EHLP Top Performers for Week #2.

Collins and the Lumberjacks won both of their games over the Walpole Express this past week by scores of 7-1 and 4-3 (OT). The '02 native of Wake Forest, NC kicked off his career in the #Eshow with a hat-trick performance on Tuesday. Collins had an assist in the first game as well, and then added another goal and assist performance in the back end of the two-game set. Overall the six-point showing puts him immediately inside the top-10 for scoring in the EHLP.

Peiffer and the 87's kicked off their season by going 2-0-1 in their first three games, with a pair of victories over the New Jersey Renegades and an overtime loss at the hands of the Philadelphia Little Flyers. As for the '03 native of Montclair, NJ, Peiffer kicked off his junior hockey career with a solid three-assist weekend, including a point on the man advantage.

Coming up this weekend, Peiffer and the 87's will battle the Little Flyers two more times, with each matchup taking place at the IceWorks Skating Complex. Saturday's contest is set for 3:00pm, while Sunday's game will get underway at 5:45pm.

Bucalo and the Eclipse split their two-game set with the Valley Jr Warriors this past weekend, with the '02 native of Ridgefield, CT picking up the win on Sunday. The win was Bucalo's first of his junior hockey career and the first win in franchise history for the Eclipse. The young netminder was stellar throughout the contest, turning away 35 of the 36 shots he faced.

Up next or Bucalo and the Eclipse is a full three-game weekend including home matchups against the Railers Jr Hockey Club (Saturday) and the Walpole Express (Sunday), and a road contest against the Warriors (Monday). 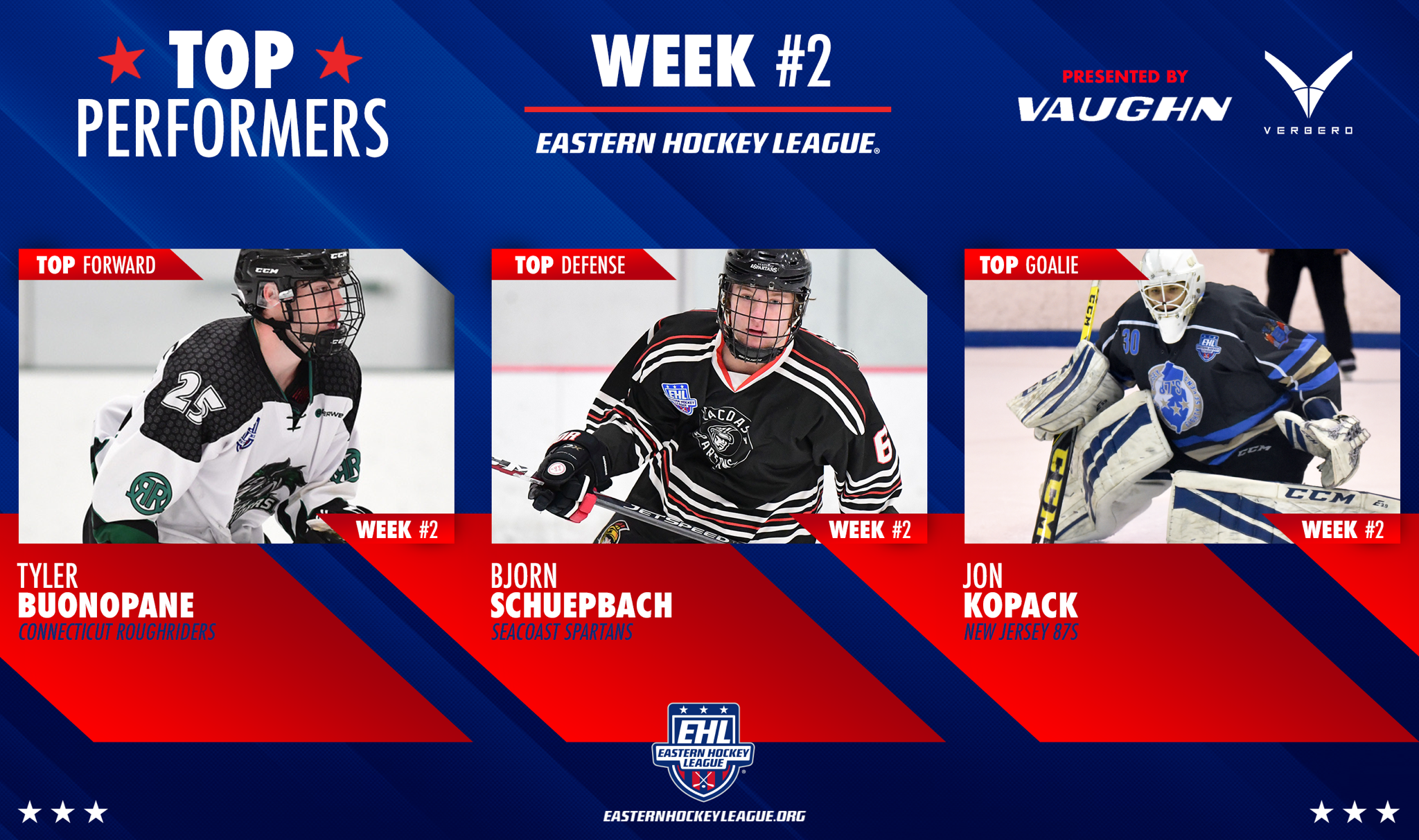 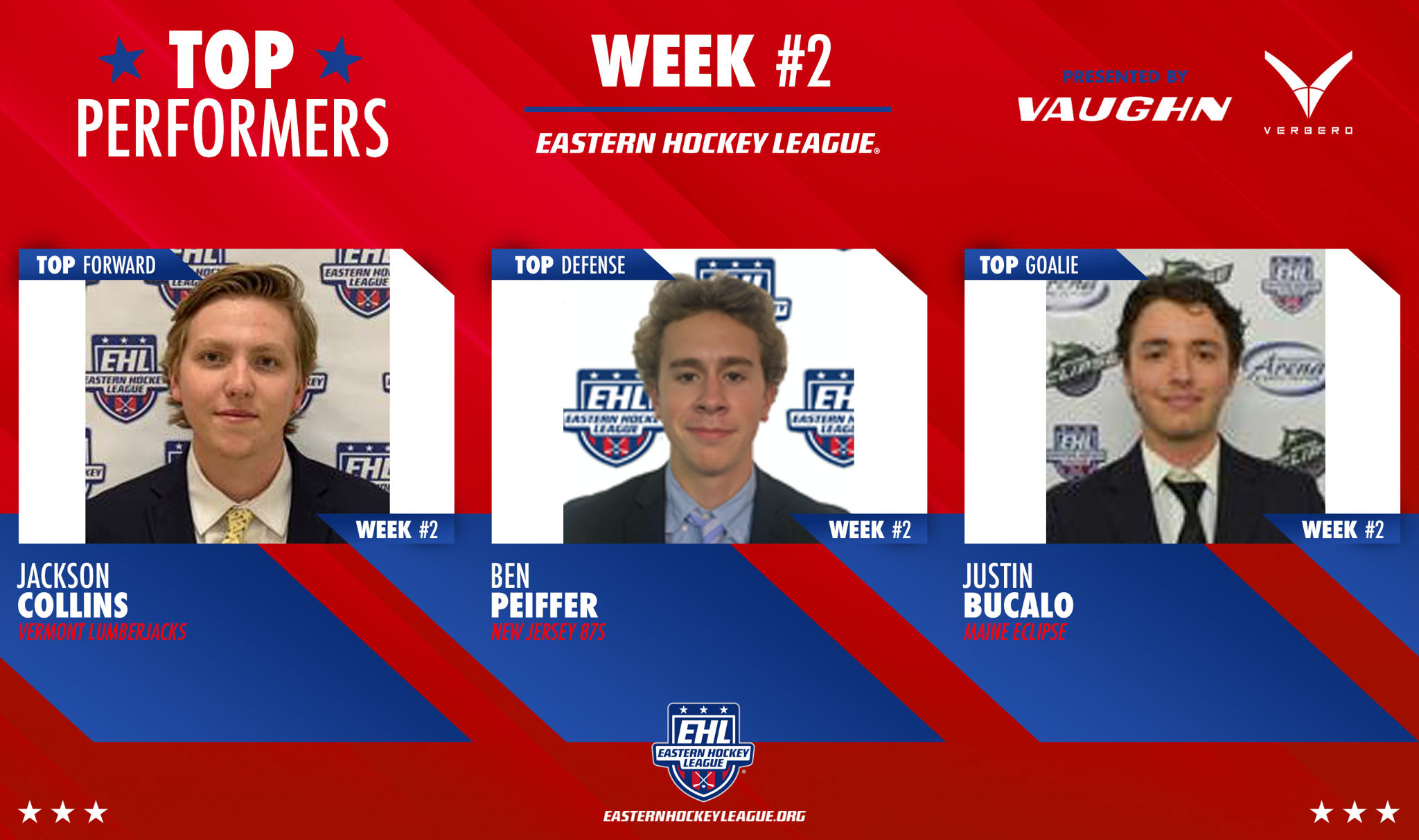