At the EHL level, the #1 New Jersey 87's picked up a shutout in their only game this past week, improving their record up to 5-0-0 for the year. That victory came against the Philadelphia Little Flyers, a team they face-off with again later this morning at 11:30 am.

Coming in behind the 87's, we start with the #2 Vermont Lumberjacks who were off this past week, but are gearing up for big matchups this week against the #3 New Hampshire Avalanche on Wednesday, and the Walpole Express on Thursday.

Speaking of the #3 Avalanche, New Hampshire won their only game this past week, 4-1 over the Seahawks Hockey Club. Along with the matchup against Vermont on Wednesday, the Avalanche are set to also take on the Railers Jr Hockey Club on Thursday.

At #4, the Boston Jr Rangers have been able to play just a single game so far this year, but this upcoming week includes three games against a trio of New England Conference opponents.

Wrapping things up at #5, Team Maryland hangs onto the final spot, despite losing their first game of the season at the hands of the Little Flyers. The week ahead for Maryland includes a two-game series against the Protec Jr Ducks, the team they are currently tied with for 2nd place in the Mid-Atlantic Conference.

As for the EHLP, the defending Regular Season Champions, the #1 Boston Jr Rangers, continue to lead the way, with a record of 2-0-0 for the year. Coming up this week however, the Rangers take on the #3 New Hampshire Avalanche twice, and also face-off twice with the Maine Eclipse.

At #2 in the EHLP, the New Jersey 87s come in with a record of 3-1-1 with their only two losses each coming at the hands of the #4 Philadelphia Little Flyers, a team they also beat this past Saturday.

In three matchups so far, the following results have been produced.

The two rivals don't face-off again this week, but each team will line-up against the New Jersey Renegades.

Below you'll find the full set of the latest EHL and EHLP Power Rankings. 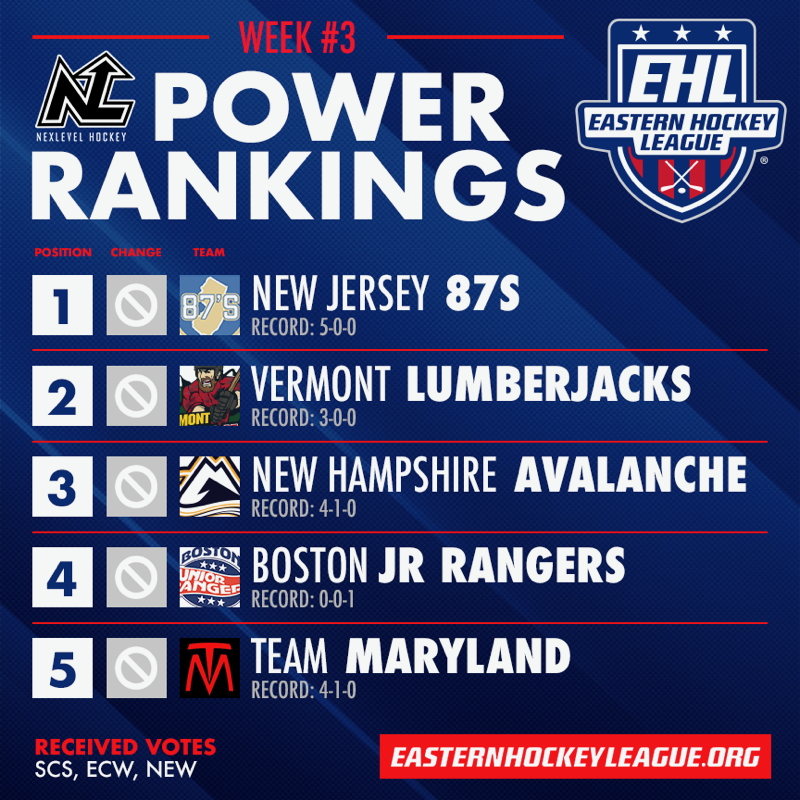 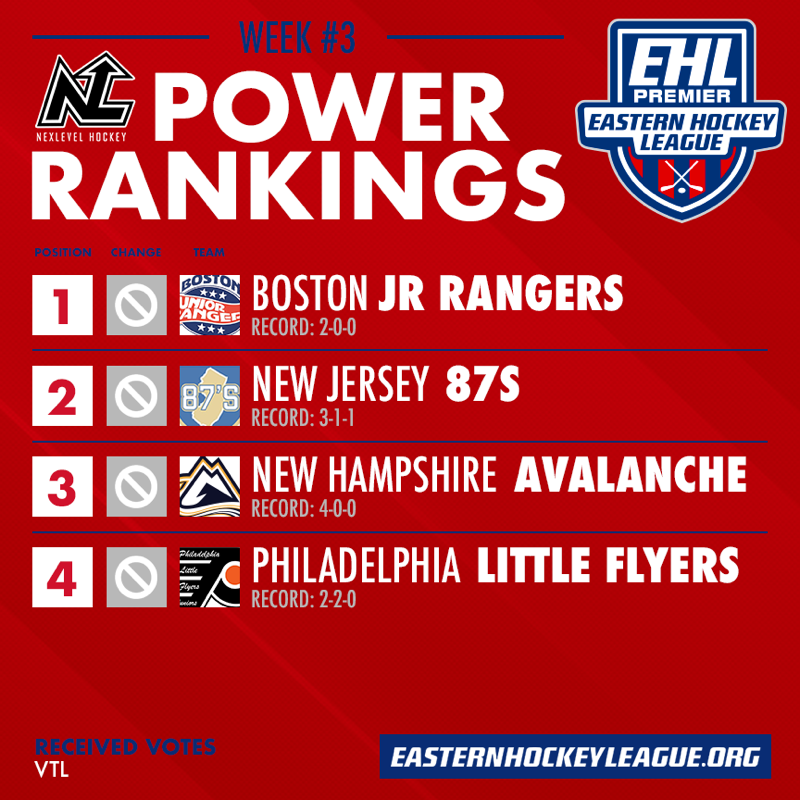