Bouchard Headlines Newest Set of Stars of the Week

Below you'll find the 6th set of weekly top performers in the #EShow. The forward and defenseman awards are presented by Verbero Hockey, while the goalie honors come courtesy of Vaughn Custom Sports.

EHL STARS OF THE WEEK #6

After starting the year off winless in their first seven games, Carducci and the Apple Core won back-to-back contests over the Connecticut RoughRiders. As for the 2000-born native of Larchmont, NY, Carducci had a pair of goals and an assist in each contest. Both goals were the game-winning tallies for New York, and Carducci already has 18 points through the first nine games of the season.

In his 2nd campaign with the Apple Core, Carducci is well ahead of the pace in which he tallied 23 total points last year. The Apple Core have a small break in their schedule, as they return to action next week against the Connecticut Chiefs.

Moving back to the blue line, and after dropping a pair of games to the Boston Jr Rangers, Librizzi and the Spartans got back on track with a 3-1 win over the Railers Jr Hockey Club on Saturday night. The 2000-born native of Raleigh, NC scored two of his team's three goals in the victory, his 2nd and 3rd respective points of the season.

Librizzi and the Spartans are right in the thick of things in the New England Conference, with a record of 6-4-1 through their first 11 games. The schedule remains tough for Seacoast, as their next six games all come against opponents who advanced to postseason play this past year.

Closing the books between the pipes, Durand earned his 3rd win of the season for the Seahawks on Friday in a 3-1 victory over the Chiefs. The 2000-born native of Newport, RI turned away 33 of the 34 shots he faced, lowering his GAA down to 2.60, and increasing his save percentage up to .921.

Durand has established himself as a top candidate to be one of the eight goaltenders selected to the EHL All-Star Classic. He'll look to add to his season resume when the Seahawks host the New England Wolves for a pair of games this weekend.

EHLP STARS OF THE WEEK #6

The EHLP is pleased to announce that Nicholas Bouchard (Philadelphia Little Flyers), Shawn Spring (Boston Jr Rangers), and Owen Swanbon (Walpole Express) have been named the Top Performers for Week #6.

Bouchard and the Little Flyers split their home-and-home series with the New Jersey 87s this past weekend, as the host team came away victorious in each contest. Combined between the two games, Bouchard notched a pair of goals and a pair of assists, running his season total up to 17 points for the year. The pace has Bouchard on a good path to surpass the 33-point season he put together last year.

The battle for the South Division is shaping out to be the best of the three divisions so far in the EHLP. At 5-5-0, Bouchard and the Little Flyers are currently tied with the Connecticut Chiefs for 2nd place. However, the schedule stays consistent for Philadelphia, with another home-and-home series coming up this weekend against the 1st-place 87's.

On the blue line, Spring the Rangers shutout the Eclipse by the final score of 6-0, as they remain tied with the Express for 1st place in the Central Division. As for the '03 native of Lowell, MA, Spring tallied a goal and an assist in the contest, his 4th and 5th points of the season. After tallying a goal in the season opener, Spring was held off the scoresheet the next two games. However, Spring has warmed up as of late, with at least a point in three straight games.

Coming up this weekend, the Rangers will travel to take on the Chiefs on Saturday night, and then return home to host the New Hampshire Avalanche on Sunday.

Wrapping things up between the pipes, Swanbon has been one of the best players for the Express, all season long. The '02 native of Maynard, MA made 23 saves against the New England Wolves on Sunday, earning his 3rd victory of the season. With a mark of 3-1-1, Swanbon is well on his way towards surpassing the seven wins he amassed this past year.

With a 3.29 GAA and a .896 save percentage, the Express will continue to lean on Swanbon with 14 more games on the schedule, between now and the turn of the calendar year. 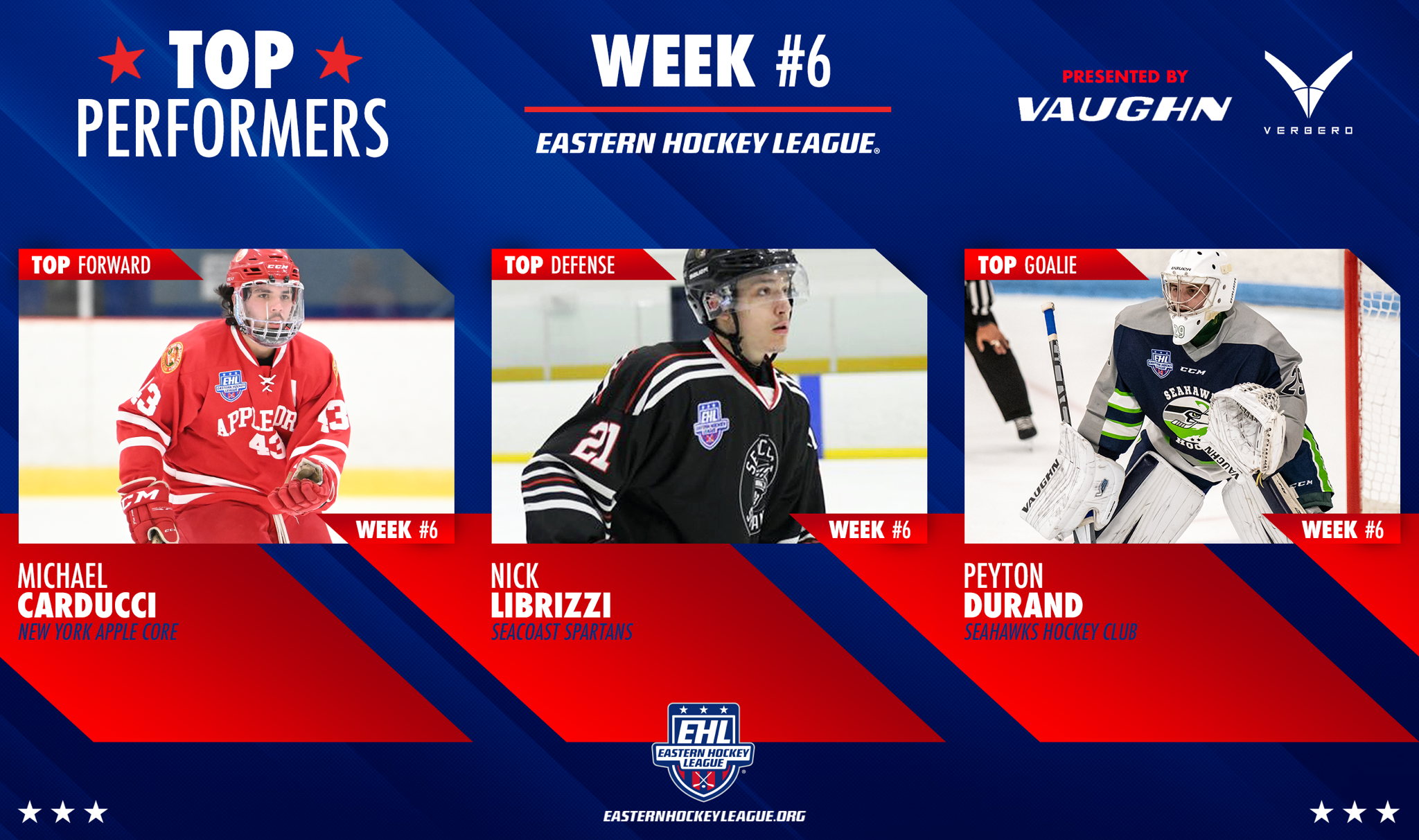 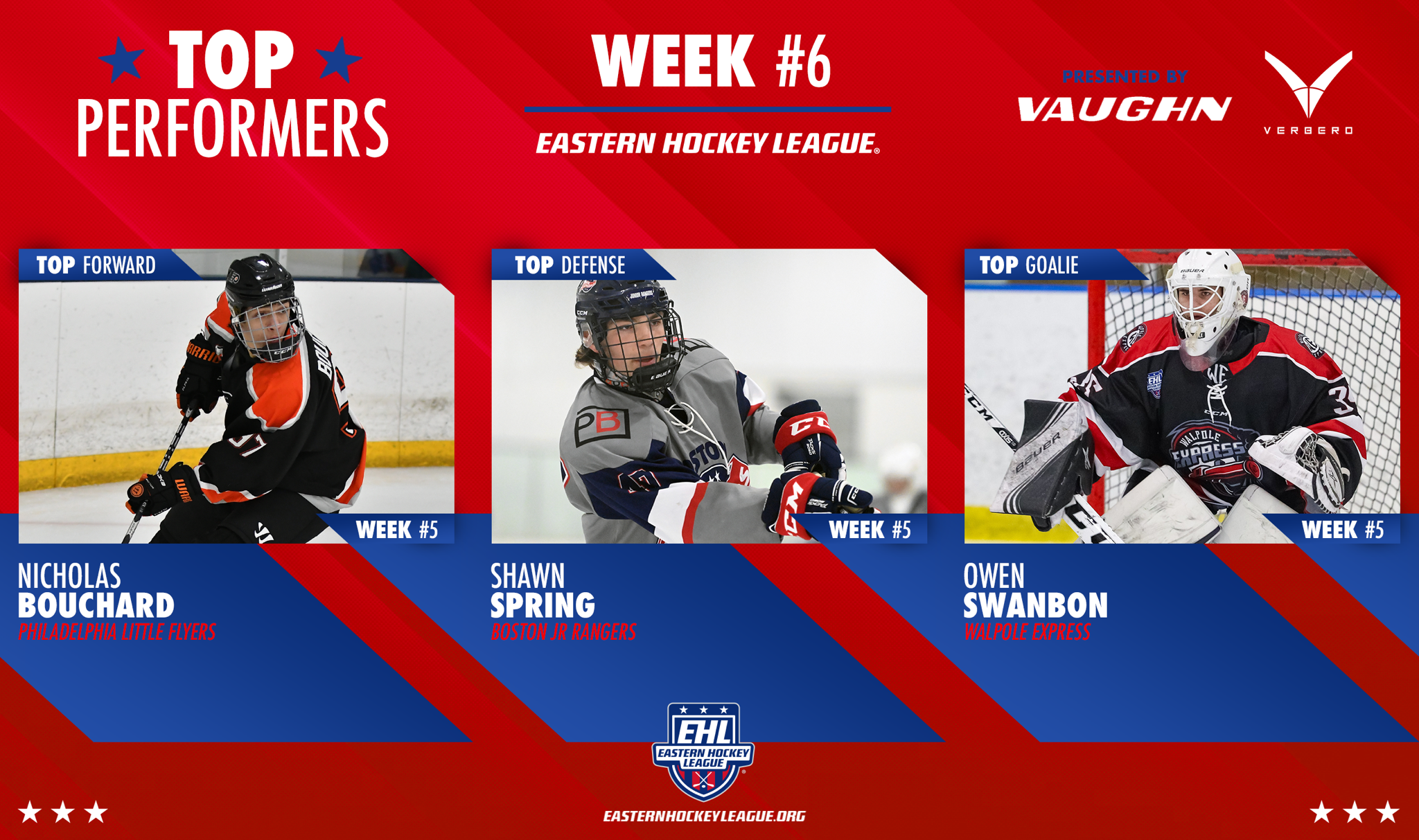