Rangers Climb to #2 in Both EHL and EHLP

Starting things off in the EHL, the top-ranked New Jersey 87s earned some revenge this past week against the Connecticut RoughRiders, and then remained perfect against the rival Philadelphia Little Flyers. Overall, at 12-0-1, New Jersey is one of just two teams in the league that has not suffered a regulation loss to date.

The 2nd team is also the new second-ranked team in the EHL this week, as the Boston Jr Rangers continue to roll at 9-0-1, riding the longest active winning streak in the league at nine games.

Sitting three points behind the Rangers, with an equal number of games played, the New Hampshire Avalanche beat the Seacoast Spartans on Wednesday, the Connecticut Chiefs on Friday, but then suffered a 3-1 loss at the New England Wolves last night, dropping the two-time champions back a spot.

Wrapping things up at #4 and #5, the Walpole Express and Vermont Lumberjacks maintain their grip on their respective spots. The Express have the second-longest winning streak behind the Rangers at seven games, and if each team can win their opening games of the week, it would make the Friday-Saturday home-and-home series even more intriguing.

Last, but not least, speaking of two-game series, Vermont is getting back on the ice this week, gearing up for their two-game weekend set with the Avalanche in New Hampshire.

As for the EHLP, there is also a team riding a nine-game winning streak in this division, as the top-ranked New Hampshire Avalanche own the only perfect record in the league at 9-0-0. Just like at the EHL level, the Avalanche are gearing up for a two-game set against the Vermont Lumberjacks this weekend.

At #2, also following suit with the EHL, the Boston Jr Rangers sit at the top of the Central Division, with a mark of 5-1-2 through their first eight games. The week ahead for the Rangers includes four total games on the schedule, including three matchups with the #4 Walpole Express.

Before we get to the final slot in the Power Rankings, since being shut-out 7-0 by the Philadelphia Little Flyers, the #3 New Jersey 87s picked up a trio of wins over their South Division rival, by scores of 4-1, 5-4, and 5-1.

Now, concluding things in the final slot, the #4 Express got sent backwards this past week with their 4-1 loss to the Avalanche. However, as was mentioned before, Walpole has a chance to flip the script back in their favor with three of four total games coming against the Rangers this upcoming week. 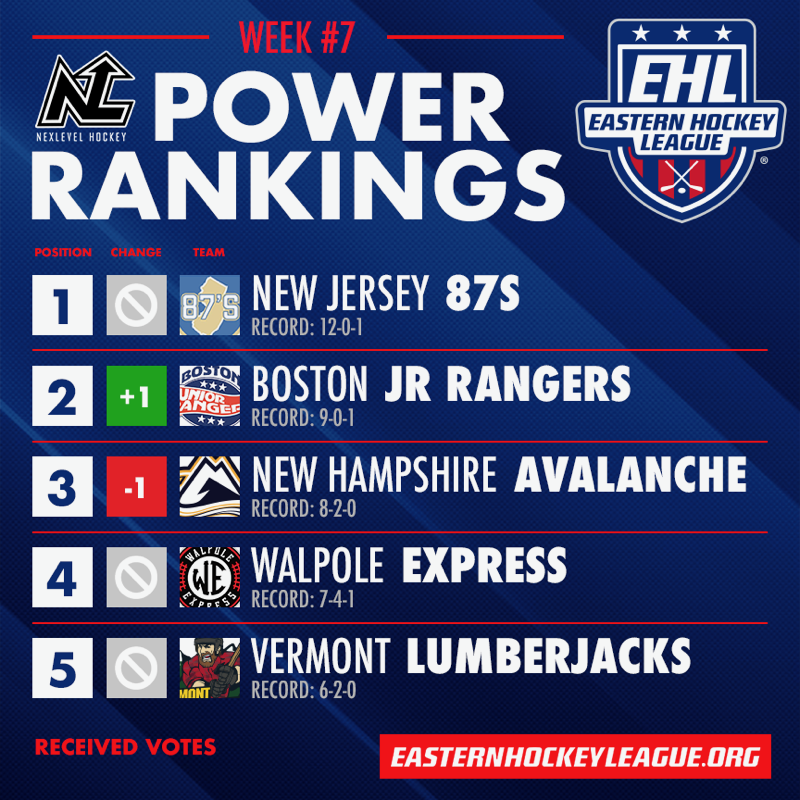 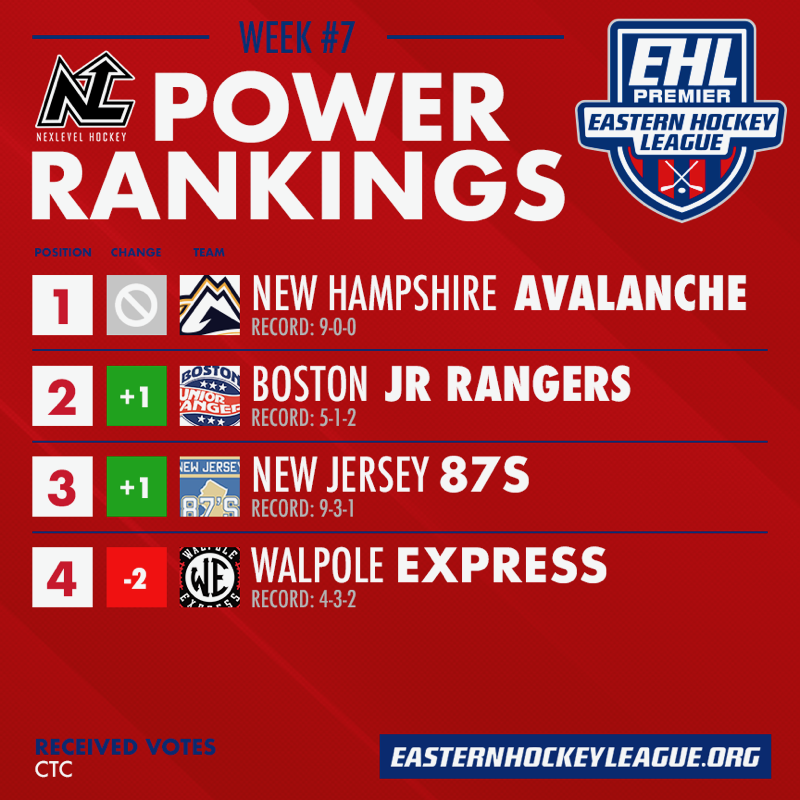