LACONIA, NH -- Kyle Penton, a goaltender for the New England Wolves, has committed to the University of Southern Maine (USM) for the fall of 2021.

The 2000-born native of Waltham, MA is in his 2nd season in the Eastern Hockey League (EHL), and first with the Wolves. After winning seven games with the Valley Jr Warriors this past year, Penton moved up to New Hampshire and currently owns a 2-1-0 record through his first three starts.

"We're extremely happy for Kyle," said Wolves head coach Tim Kunes. "He has proven that he is a top goaltender in this league. I am really happy that we at the Wolves could help him accomplish his goal of getting a commitment to play college hockey."

Penton is the first player to choose the Huskies' program this season. However, with his commitment, he also extends the EHL's streak of sending at least one player per year off to USM in all eight seasons since the league was formed. Overall, Penton is the 27th player in EHL history to chose Southern Maine.

Penton and the Wolves are right in the thick of things in the New England Conference, with a record of 5-3-0 in their first eight games. Coming off of a victory over the New Hampshire Avalanche, the Wolves are set for a busy week with a three-in-three series against the Seacoast Spartans starting tomorrow and running through Saturday. 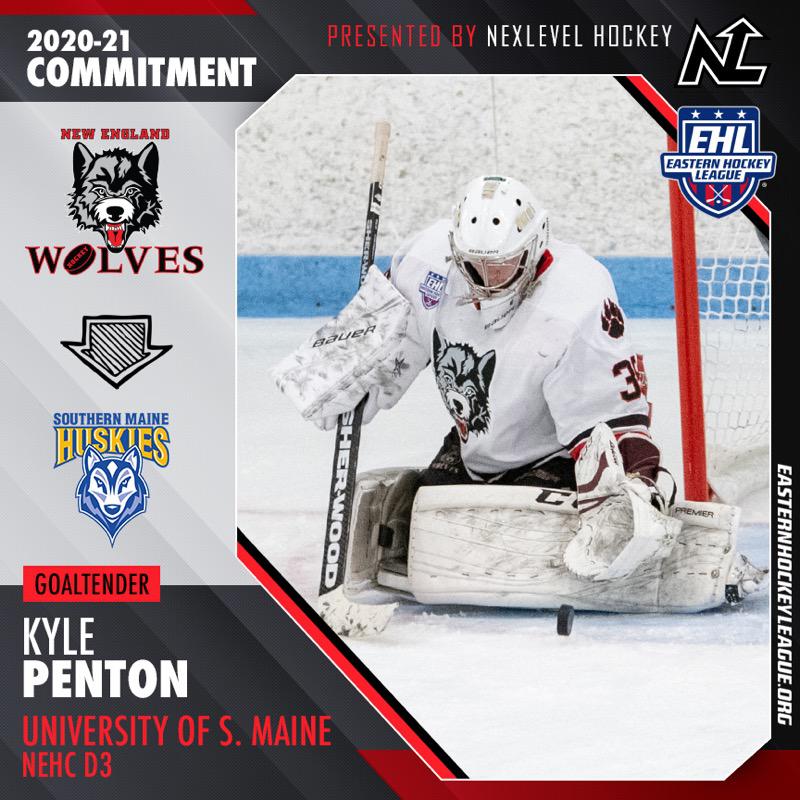