Starting in the EHL, there is only one change to the top-five this week, as #1 through #4 remains the same.

The #1 New Jersey 87s (14-0-2) earned revenge over Team Maryland with an 8-2 victory on Friday, and then picked up a 5-2 victory over the Protec Jr Ducks last night. The 87's take on Maryland again today, and if New Jersey can earn at least a point, they will move into a tie for the 3rd longest point streak in league history.

At #2, the Boston Jr Rangers also hit the ice for a pair of games this past week, sweeping their home-and-home series with the East Coast Wizards. At 13-1-1, the Rangers are hot on the heels of the 87's.

Coming in at #3, the New Hampshire Avalanche were off this past week, but they get right back to work this week with three straight games against the New England Wolves on Tuesday, Saturday, and Sunday.

At #4, the Walpole Express took care of business in their lone game of the week, Friday against the Railers Jr Hockey Club. After trailing 1-0 heading into the 3rd period, Walpole exploded for four unanswered goals in route to their 10th victory of the season.

Wrapping things up at #5, the curse of the position continued for Maryland, which gives the Connecticut Chiefs their first crack at reversing the trend. The Chiefs have won five of their last six, with their only loss coming via an overtime defeat this past Thursday.

As for the EHLP, the pattern is eerily similar with the final slot being the only one to experience a change this week.

At #1, the New Hampshire Avalanche were off this past week, just like their EHL team. The upcoming schedule is also the same, with matchups scheduled on Tuesday, Saturday, and Sunday this upcoming week against the New England Wolves.

At #2, the Boston Jr Rangers won their only game of the week against the Valley Jr Warriors, improving their record up to 9-1-3 for the season.

Right behind the Rangers, the #3 New Jersey 87s swept their home-and-home series with the New Jersey Renegades to improve their record up to 11-3-1 for the year.

It's fitting that the top-three ranked teams are also the three 1st-place teams for each of the three divisions.

Last, but not least, the #4 Philadelphia Little Flyers move back inside the Power Rankings with a .500 record of 7-7-0. 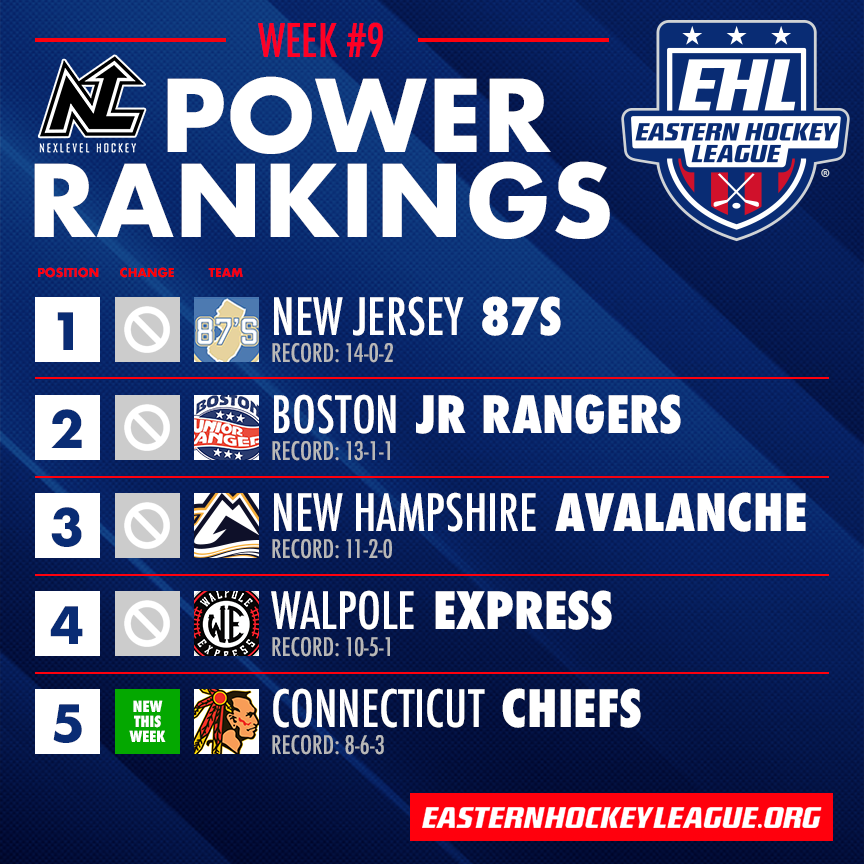 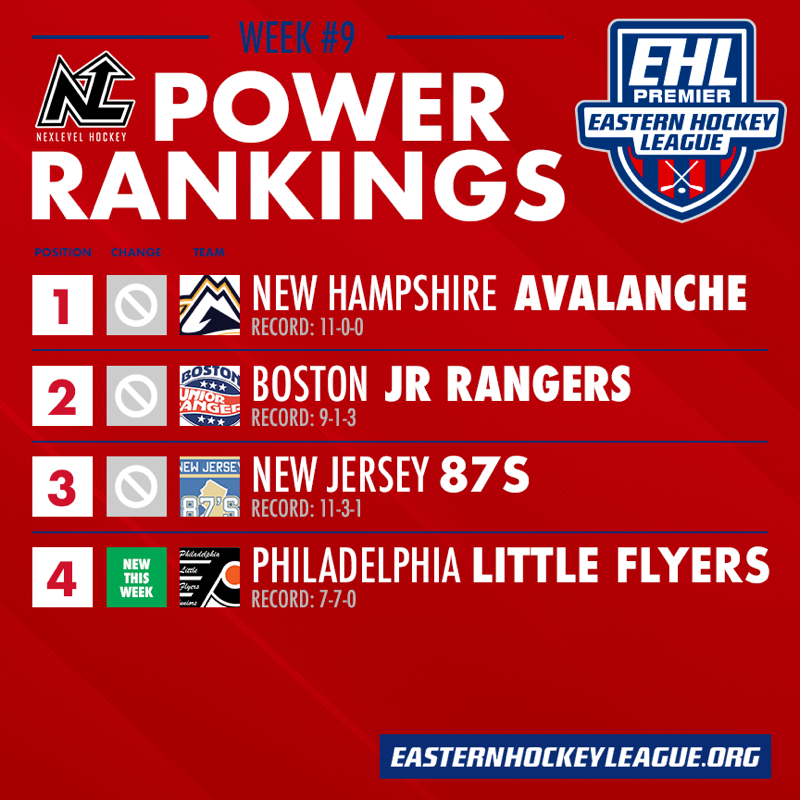