No Changes at the Top of the EHL and the EHLP

In the EHL, the top-five teams remain exactly the same, with the #1 New Jersey 87s leading the way. At 15-0-2, the 87's are tied for the 3rd longest point streak in EHL history, and are set to return to action on Thursday and Friday this week, with a home-and-home series scheduled against the Protec Jr Ducks.

At #2, the Boston Jr Rangers remain hot on the heels of the 87's with a mark of 14-1-1. The defending Regular Season Champions will get their shot at joining New Jersey at the 15-win plateau when they travel to take on the Seahawks Hockey Club tomorrow morning at 11:00 am.

After losing in a shootout to the New England Wolves this past Tuesday, the #3 New Hampshire Avalanche got quick revenge over their in-state rivals, with back-to-back 5-2 victories over the past two days. At 13-2-1, the Avalanche are essentially one game behind the Rangers at the top of the New England Conference standings.

At #4, the Walpole Express won the first-ever Thanksgiving Showdown this past Thursday, and then made it two wins in a row over the Seahawks with last night's 3-2 victory. After starting 0-4-1 through their first five games of the season, the Express are a near-perfect 12-1-0 in their last 13 contests. Walpole will get back to work with a matchup against the Valley Jr Warriors on Sunday.

Wrapping things up at #5, the Connecticut Chiefs are another team playing well as of late, going 5-0-1 in their last six contests.

The #1 New Hampshire Avalanche won one of those three games this past Tuesday, improving their perfect record up to 12-0-0 for the year.

Following the Avalanche, the Boston Jr Rangers, New Jersey 87s, and Philadelphia Little Flyers all remain locked in at #2, #3, and #4 respectively.

One big matchup coming up this week puts the two South Division rivals up against each other on Saturday night, as the Little Flyers host the 87's at 5:30 pm. 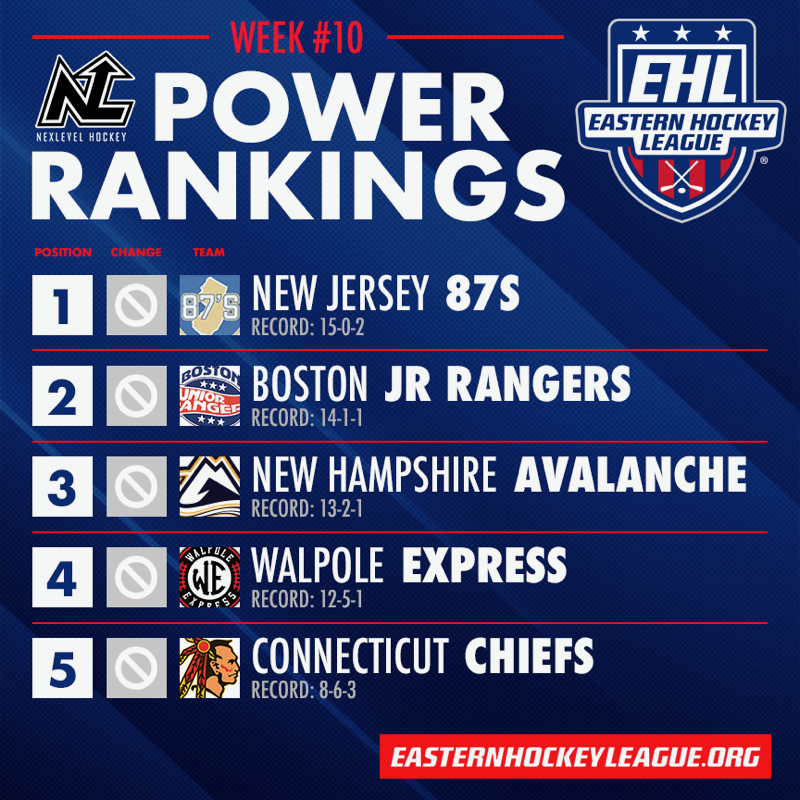 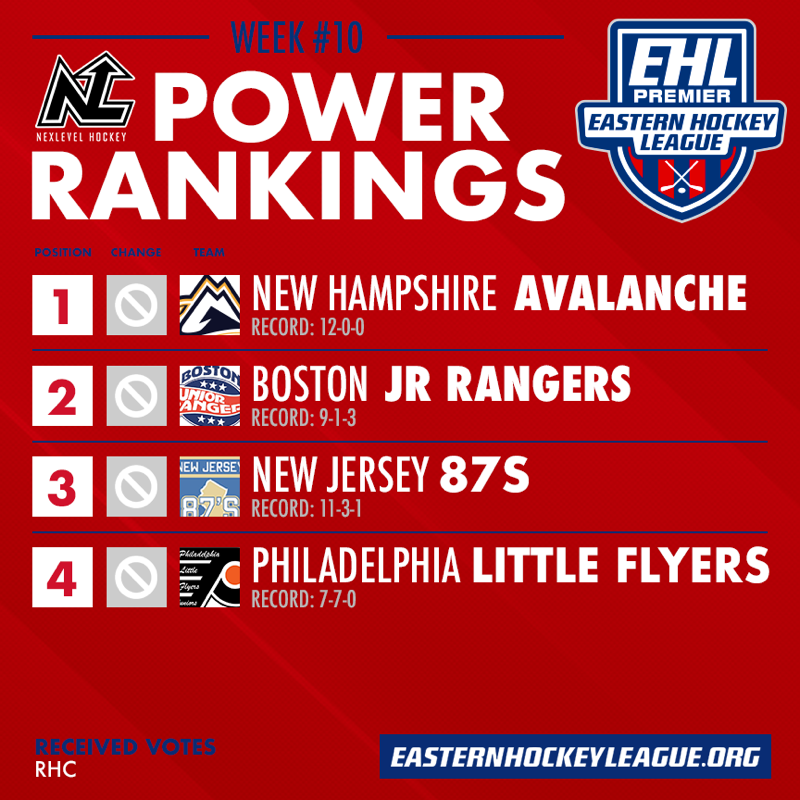