The EHL is pleased to announce that Kei Yasuda (New Jersey 87s), Joe Biddle (Valley Jr Warriors), and Mason Palmer (Walpole Express) have been named the November Stars of the Month.

Yasuda and the 87's enjoyed a near-perfect month of November, posting a record of 5-0-1 in their six total games. The 2000-born native of Japan displayed his tremendous play-making ability throughout the month, scoring a pair of goals and collecting 11 total assists along the way. For the season, Yasuda now has 34 points in 17 total games, which puts him in a tie with Tyler Buonopane (Connecticut RoughRiders) at the top of the scoring charts.

Yasuda's Road to the EHL is as unique a story as any in the league today, and he's putting together a tremendous final season of junior hockey. With 82 career points, the veteran forward has his sights now set on reaching the triple-digit mark in the near-future.

On the blue line, Biddle put on a show in November, tallying at least a point in all six games for his team. Overall, the 2000-born native of Andover, MA tallied 10 total points this past month, running his season total up to 15 for the year. The current defenseman at Southern New Hampshire University (SNHU) is taking full advantage of his junior eligibility, as he ranks 2nd in scoring amongst all defensemen in the EHL.

Biddle and the Warriors are also playing well as a team lately, having won three of their last four games heading into December. The final month of the calendar year will now begin with a key home-and-home series against the Seahawks Hockey Club.

Looking forward, Palmer and the Express have put a 0-4-1 start well in the rear-view mirror, and will look to keep rolling with a full schedule between now and the start of the holiday break.

The EHLP is pleased to announce that Nicholas Bouchard (Philadelphia Little Flyers), Nate Rider (Boston Jr Rangers), and Nathan Burlew (New Hampshire Avalanche) have been named the November Stars of the Month.

Bouchard and the Little Flyers went through an up-and-down month of November, posting a record of 2-3-0 in their five total games. Despite dropping their first three games of the month, Philadelphia has won two straight contests since, helping the team climb their way back inside the Nexlevel Power Rankings.

As for the league's leading scorer in the EHLP, the 2000-born native of Newark, DE averaged two points per game in November, tallying 10 total points over the course of the month. For the season, Bouchard now has 26 points in 14 total games to date.

On the back end, the Rangers posted their own version of a near-perfect record, going 5-0-1 in their six contests. The solid stretch helped improve the team's record up to 9-1-3 for the season, and strengthened their grip on 1st place in the Central Division standings.

As for the '01 native of Aurora, CO, Rider was only held off the scoresheet once, but notched seven total points in the five other contests. For the season, Rider's 10 total points has the 6'1" defenseman on a great pace to surpass the 19 total points he tallied throughout the entire 2019-20 season.

Closing things off between the pipes, Burlew and the Avalanche remained perfect (12-0-0) while collecting six more wins in the month of November. The Avalanche have used all three of their goaltenders so far this season, with Burlew owning a slight edge in starts over Shane Peremba and Nick Maringola. Burlew, in his 2nd season with the Avalanche, can be looked at as the veteran of the group when you factor in the experience and his birth year of 2001, compared to a 2002 birth year for both Peremba and Maringola.

To date this year, Burlew is 5-0-0 with a 1.98 GAA and .929 save percentage. A total of three out of the five victories came this past month, as the young netminder turned aside 78 of the 83 total shots that were sent his way. 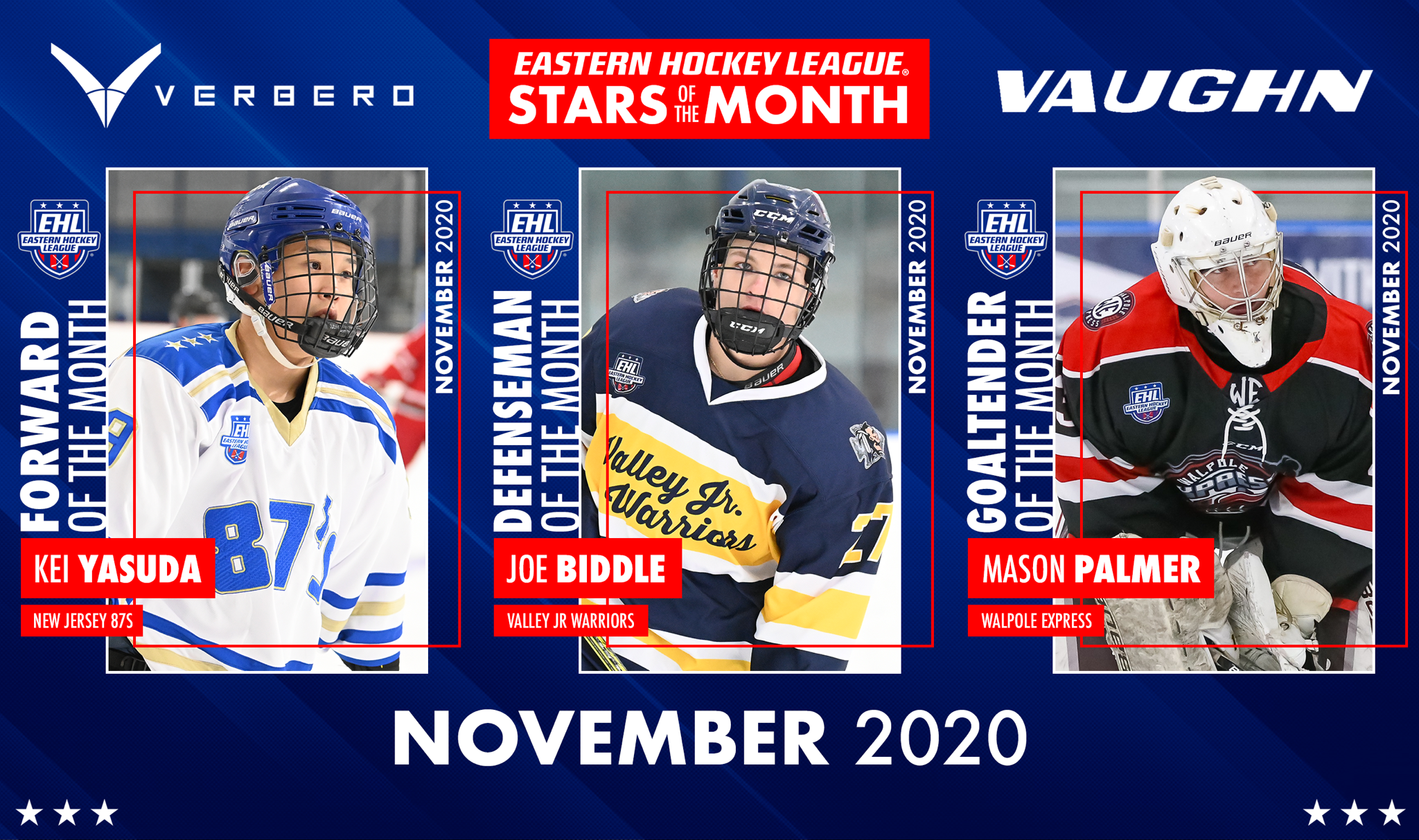 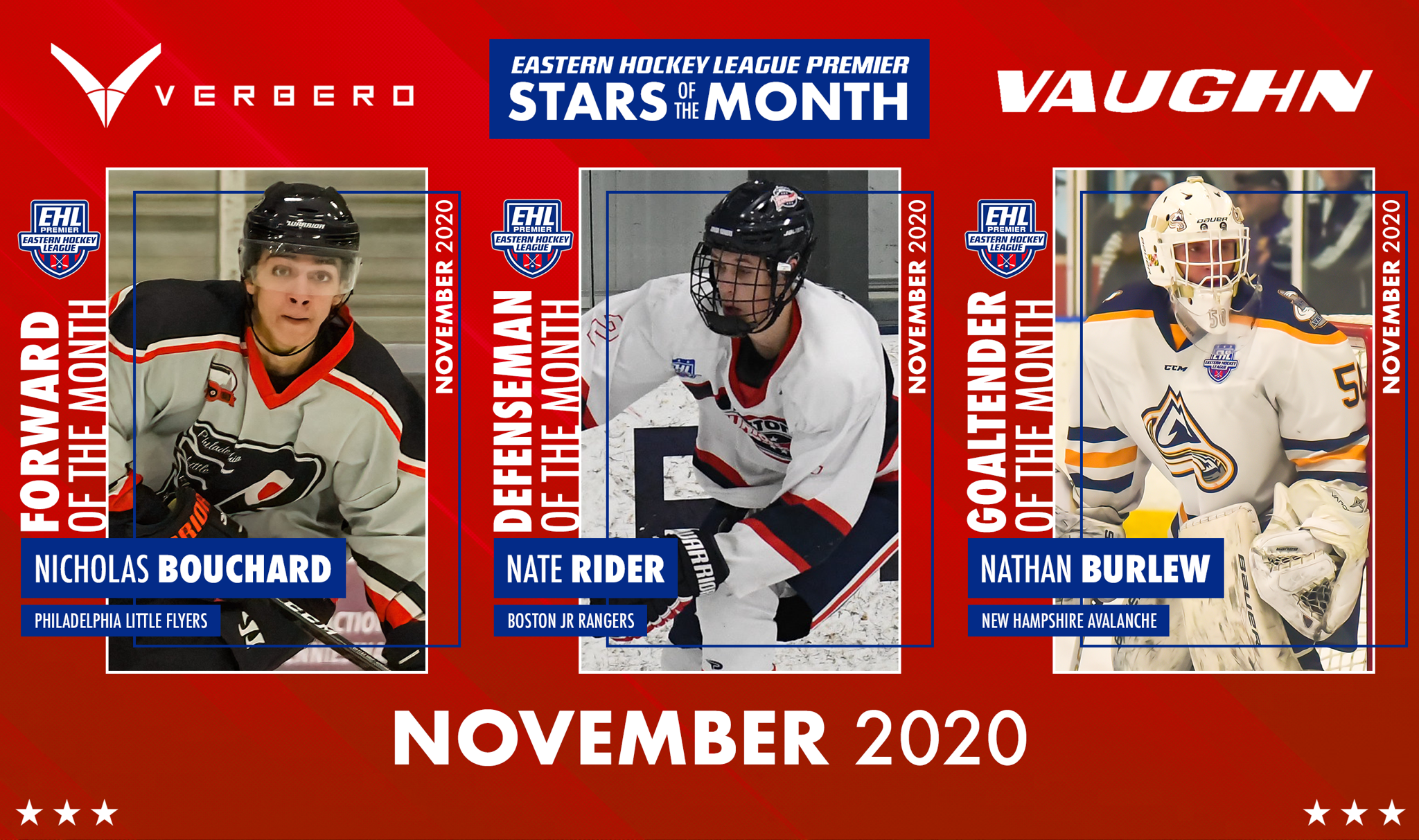