Boote Headlines Newest Set of Stars of the Week

Below you'll find the 11th set of weekly top performers in the #EShow. The forward and defenseman awards are presented by Verbero Hockey, while the goalie honors come courtesy of Vaughn Custom Sports.

Sondag and the Avalanche won both of their games over the past seven days, improving their record up to 15-2-1 for the season. The '01 native of Deerfield, IL started his week off strong registering his first career hat-trick in a 6-2 victory over the Seacoast Spartans on Friday. The '01 forward then followed things up with a pair of assists in yesterday's 5-2 win over the New England Wolves.

For the season, Sondag now has 25 points through 18 total games, and that includes an active nine-game point streak. Throughout the recent stretch, Sondag has registered multi-point efforts in six of those contests. He'll look to stay hot and keep his team's momentum rolling forward with four more games leading up to the holiday break.

Back on the blue line, despite suffering their first regulation loss of the season this past week, it wasn't a total failure for Weiner and the 87's. The 2000-born native of Wayne, NJ picked up his 9th assist of the season on Monday against Team Maryland, and then added in two more assists in the loss at the hands of the Apple Core on Friday. For the year, Weiner now has 16 total points in 18 games to date, which puts him on a great pace to surpass the 24 total points he tallied throughout his entire first season in the EHL (2019-20).

Coming up this week, Weiner and the 87's travel to take on Maryland again today, seek revenge over the Apple Core on Thursday, and wrap-up play for 2020 on Friday against the Philadelphia Little Flyers.

Last but not least, Boote was absolutely stellar between the pipes on Friday, turning away 55 of the 57 shots the 87's sent his way, en route to his 3rd victory of the season. As mentioned above, the loss was New Jersey's first in the regulation, as well as the Apple Core's 6th victory of the season. After starting the year winless through their first seven games of the season, Boote and the Apple Core have gone 6-7-0 in their last 13 games, and included in those seven losses, are three defeats by just a single goal.

Sintiris and the Rangers took care of business in their lone game of the week, earning a 4-1 victory over the Walpole Express on Sunday. The '01 native of Andover, MA scored a goal and collected a pair of assists in the contest, leading the charge on offense for his team. Overall, Sintiris now has 17 total points in 12 games to date, and that includes an active seven-game point streak.

Williams and the 87's returned to action with a two-game weekend sweep, knocking off the New Jersey Renegades by the score of 8-2 on Friday night, and then beating the Philadelphia Little Flyers 2-1 in overtime on Satuday. The '02 native of Pinedale, WY tallied a pair of assists in the win over the Renegades, and then scored in the game-winning goal against the Little Flyers.

For the season, Williams now has 11 points in 17 total games, and he'll look to keep the momentum rolling with two more games against the Little Flyers leading up to the holiday break.

Wrapping things up between the pipes, Morrison was in net for the Rangers on Sunday, turning away 22 of the 23 shots that were sent his way. The victory was Morrison's 5th of the season, and this is the '02's 2nd top performer honor as well (Stars of the Week #7).

In his 2nd season with the Rangers, Morrison currently owns a record of 5-1-1 to go along with a 1.54 GAA and .937 save percentage. Paired alongside fellow returning netminder Logan Palmer, the two Rangers goaltenders have helped the annual contenders off to another strong start to the 2020-21 season. The Rangers sit comfortably at the top of the Central Division standings with a record of 10-1-3. 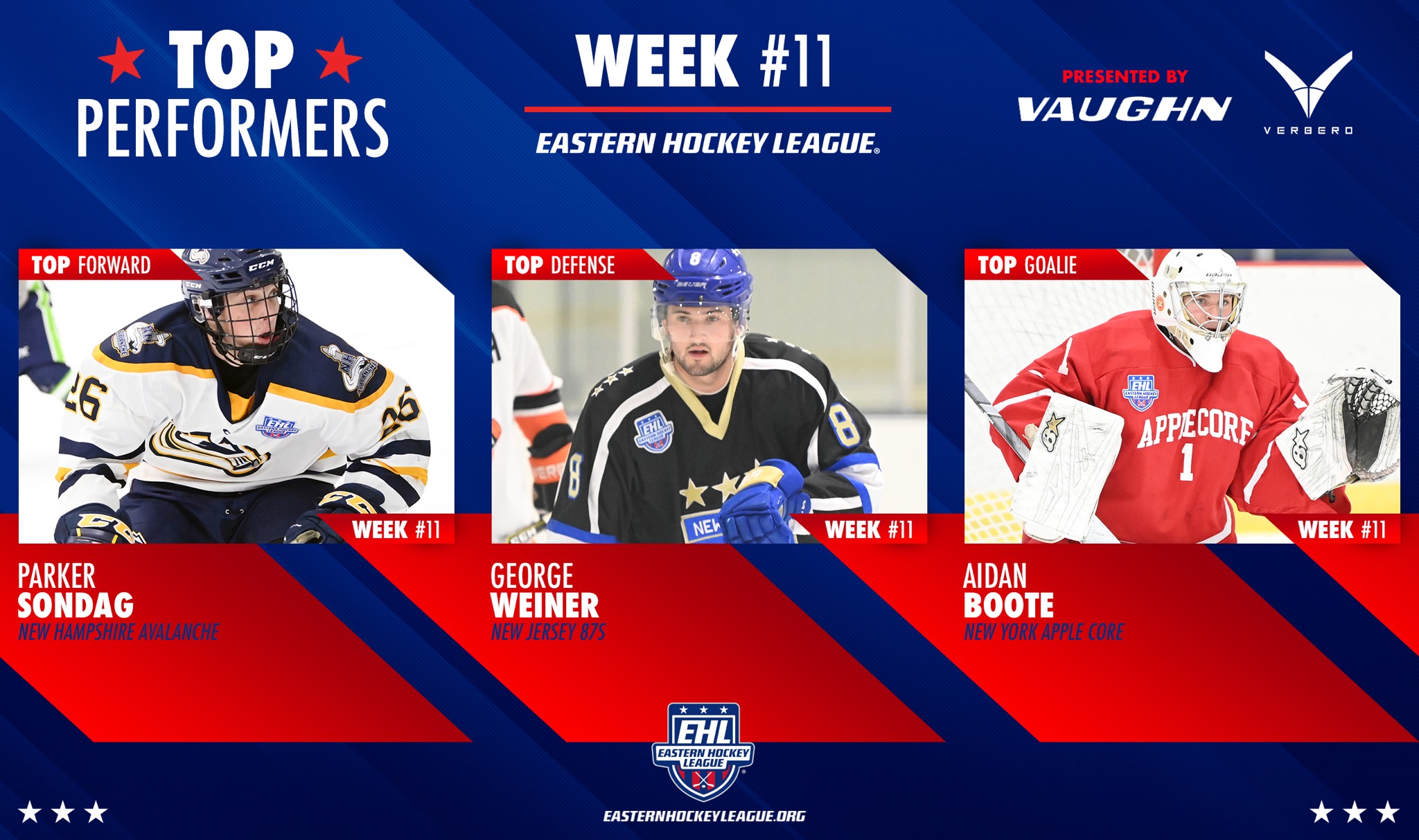 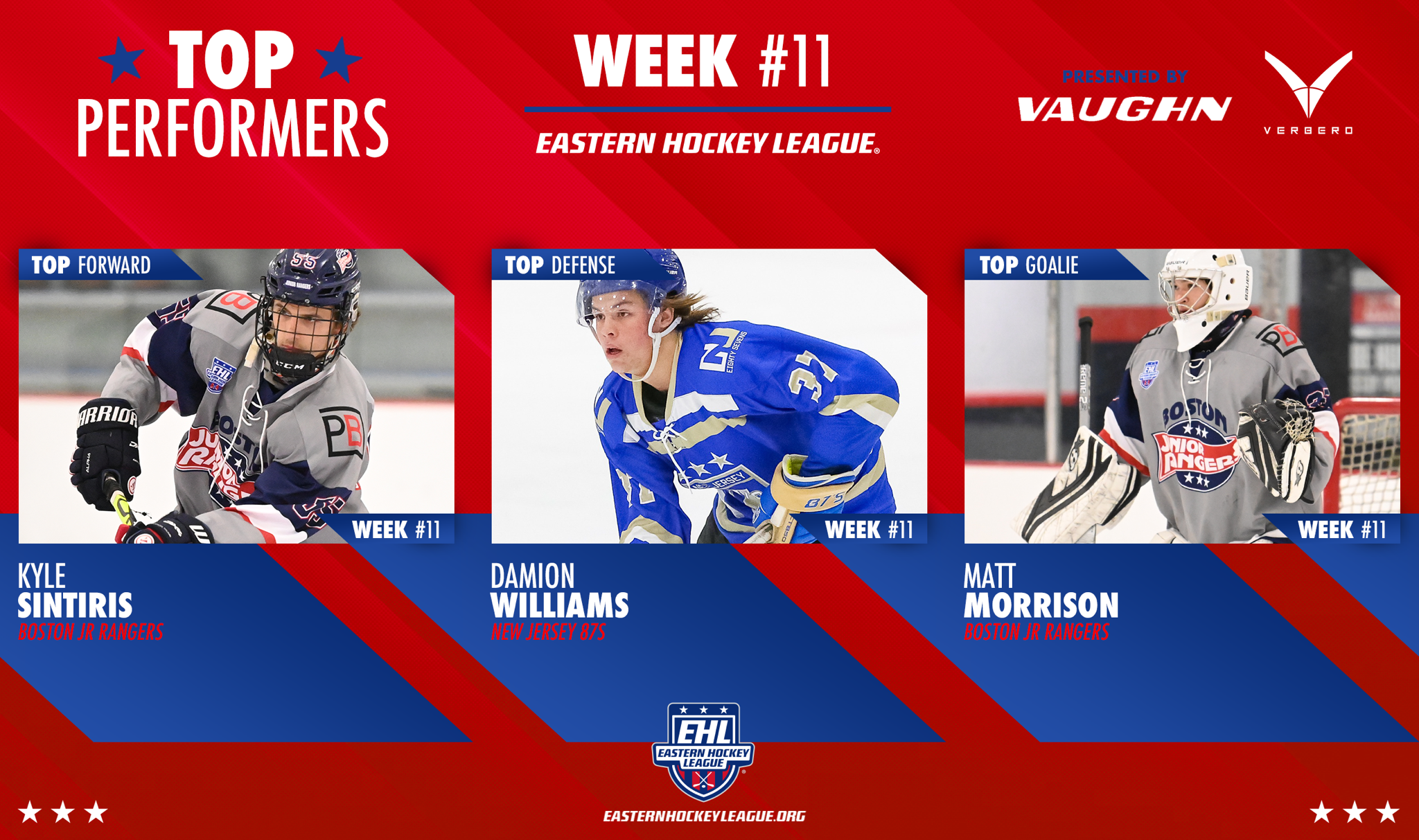