Kicking things off in the EHL, the top-ranked Boston Jr Rangers earned a pair of back-to-back 5-0 shutouts over the Valley Jr Warriors on Friday and the Railers Jr Hockey Club on Saturday. At 18-1-1, the Rangers are targeting 20 total wins heading into the holiday break, if they can take care of business with matchups against Valley this afternoon and on Wednesday.

At #2, the New Jersey 87s have officially hit the break with a mark of 18-1-2 in 21 total games to date. After losing their first game in regulation back on the 4th, the 87's quickly rebounded with three straight wins over the likes of Team Maryland, the New York Apple Core, and the Philadelphia Little Flyers this past week.

The #3 New Hampshire Avalanche knocked off the New England Wolves by the score of 5-2 this past Monday, and then added a come-from-behind victory over the Seacoast Spartans on Thursday. At 16-2-1 the Avalanche will look to keep their five-game winning streak intact with one more matchup against each team leading into the holiday break.

Continuing on at #4, the Walpole Express remain one of the hottest teams in the league having gone 14-2-0 in their last 16 games. Despite dropping a 7-4 contest to the Warriors this past week, the Express rebounded with a pair of wins over the Seahawks Hockey Club.

Wrapping things up at #5, the Connecticut Chiefs continue to prepare for their return to action in the beginning of January.

Flipping down to the EHLP, the 12-0-0 New Hampshire Avalanche wrap up the calendar year with two matchups against the New England Wolves this week, taking place tomorrow and Wednesday.

Right behind the Avalanche are the #2 Boston Jr Rangers, who had one of the busiest weeks in the league this past week, going 4-0-1 in their five total games. The three-time defending Regular Season Champions are now 14-1-4 this year, and have just one single game left against the Valley Jr Warriors heading into the break.

Wrapping things up at #3 and #4, the New Jersey 87s and the Philadelphia Little Flyers were both off this past week, as they enter the holiday break in 1st and 2nd place respectively in the South Division. 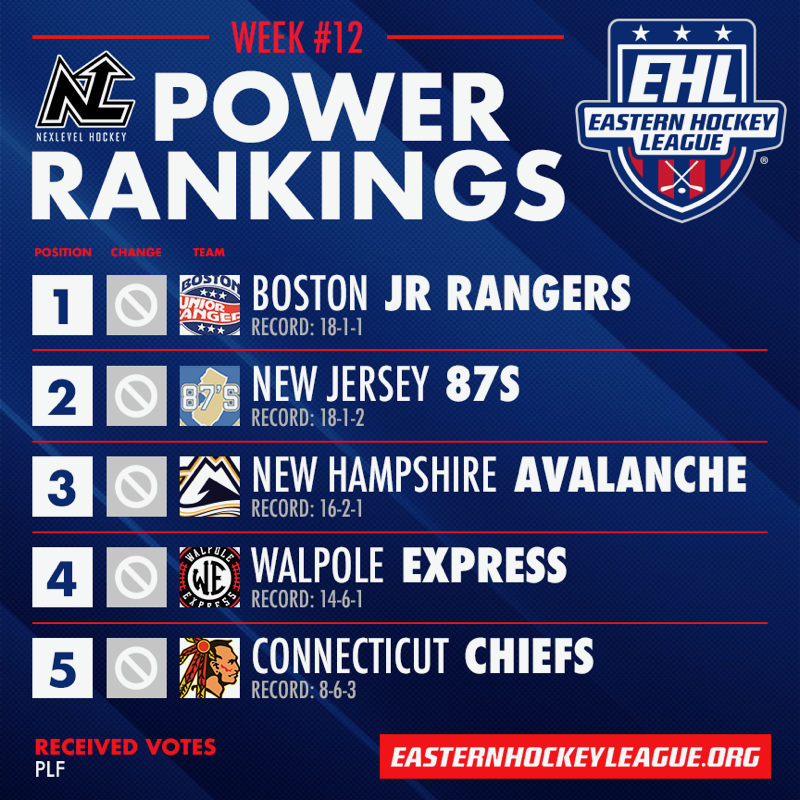 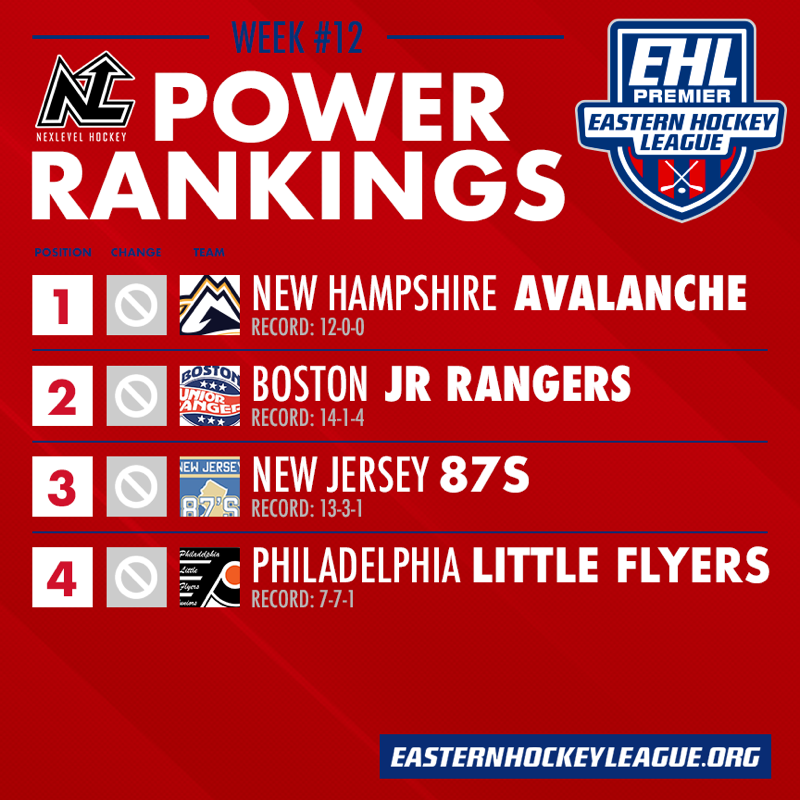