Jelenskis Headlines Newest Set of Stars of the Week

Below you'll find the 12th set of weekly top performers in the #EShow. The forward and defenseman awards are presented by Verbero Hockey, while the goalie honors come courtesy of Vaughn Custom Sports.

Jelenskis and the Wolves swept their weekend series with the Seacoast Spartans, winning by scores of 6-3 and 4-3 (OT). The '01 native of Latvia was his team's best player in the two games, scoring four goals and collecting three assists. Included in the four goals were Jelenskis' first two game-winning tallies of the season.

After racking up 87 points in 44 total games this past season in the Eastern Hockey League Premier (EHLP), the young scorer climbed the ladder within the Wolves organization and now has an even nine goals and nine assists in 12 total EHL games to date. With the pair of victories, the Wolves improved their record up to 10-8-0 for the season with one more game left against the Spartans on Friday, along with a matchup against the New Hampshire Avalanche on Thursday, leading the team into the holiday break.

Back on the blue line, Gutschick proved his All-Star recognition this past week, notching a goal and four assists in his team's three total games. For the season, the '01 native of Colorado Springs, CO now has 14 points in 21 total games to date. Gutschick has dressed in every game for this team so far this season, and is a big reason why the Express have gone 14-2-0 in their last 16 contests.

It's worth pointing out that 12 of Gutschick's 14 points have come during the 16-game stretch that has propelled his team all the way up to 3rd place New England Conference standings. With four more games remaining before the holiday break, Gutschick will look to help his team keep the momentum rolling into 2021.

Back between the pipes, Kulhanek earned victories #5 and #6 this past week, delivering back-to-back stellar performances against the East Coast Wizards. In total, the '02 native of Austria turned aside 83 of the 86 shots that were sent his way, lowering his GAA down to 2.80 and increasing his save percentage up to .926 for the year.

Starting today against the Express, the Railers have three games remaining heading into the holiday break. At 8-10-0 through 18 total games to date, the Railers have already surpassed their 7-win total from the 2019-20 inaugural season.

Sawyer, Palermo, and the Express were amongst the busiest teams in the EHLP this past week, playing five total games over a six-day stretch. The '02 native of Colorado Springs, CO tallied at least a point in all five games for his team, scoring five goals and dishing out two assists. For the season, Sawyer now has 18 points in 19 games to date, and is making a name for himself in his first season of junior hockey.

On defense, Palermo followed not far behind Sawyer, tallying six points in the five total games. For the season, the '03 native of Norwood, MA now has 11 points through 17 total games to date, which puts him on a very similar pace to the 2019-20 season that saw Palermo finish with 20 points in 35 total games.

Walpole posted a 3-2-0 record in their five matchups this past week, as they continue to battle it out, right in middle of the Central Division.

Wrapping things up in goal, the Rangers were the other team that hit the ice for five total games this past week, with Palmer earning three of his team's four total victories. For the season, the '01 native of West Winfield, NY now owns a record of 8-0-2, to go along with a 2.11 GAA, a .924 save percentage, and two shutouts.

Similar to Palermo, this is Palmer's 2nd season in the EHLP, and his solid first half puts him in position to improve on a 2019-20 season that saw him finish with a record of 15-4-2.

As for this past week, the Rangers went 4-0-1 in their five total games, improving their record up to 14-1-4 for the season. The #2 ranked team in the Nexlevel Power Rankings hasn't skipped a beat, and is a top contender once again this season. 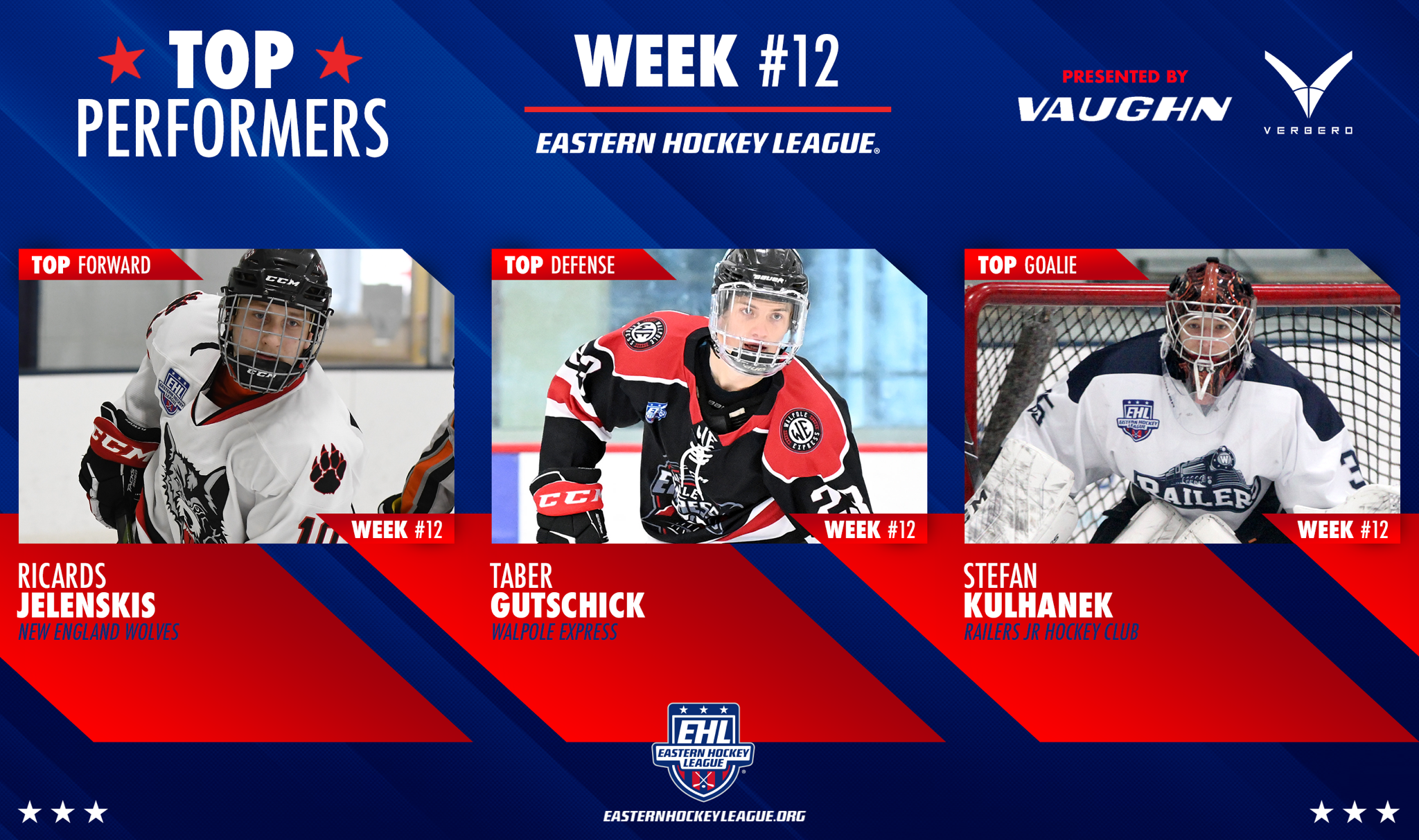 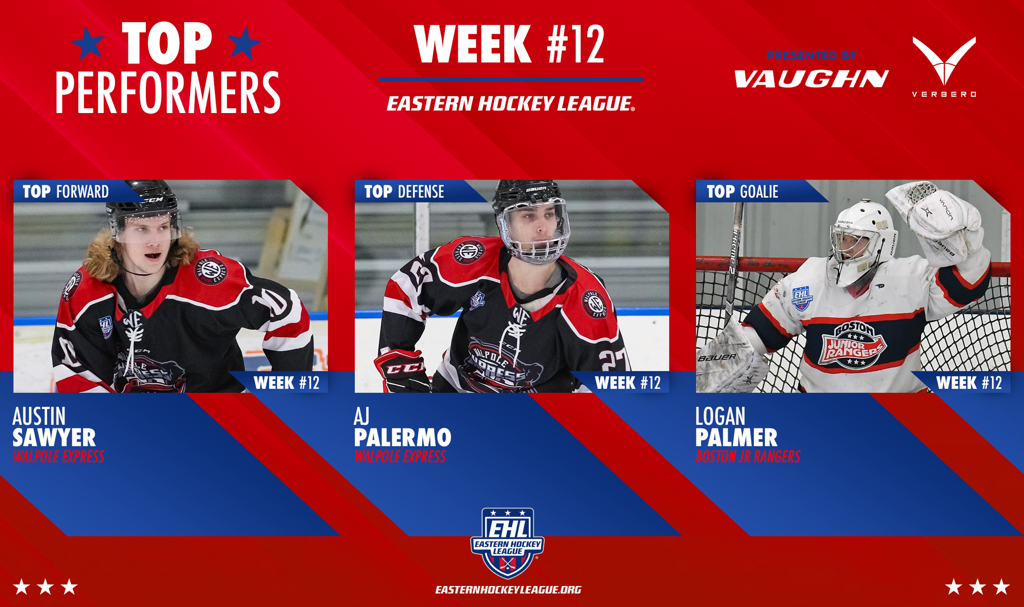