HOOKSETT, NH -- Christian Halbig, a defenseman for the New Hampshire Avalanche, has committed to Fitchburg State University (FSU) for the fall of 2021.

Halbig came to the Avalanche for his next season of junior hockey, and in 20 total games to date, he's averaging just under a point per game, with three goals and 15 assists to his credit. When you combine in Halbig's time with Team Maryland and the Philadelphia Revolution, his career totals add up to 34 points in 53 games in the Eastern Hockey League (EHL).

"Christian is a good young man and a very good hockey player," said Avalanche head coach and general manager Chris Cerrella. "He has great leadership skills and competes hard every day. Fitchburg State checked all the boxes for Christian both on the ice and in the classroom. It’s a great fit all around and I wish him nothing but the best in his college years. I look forward to watching him patrol the blue line for the Falcons over the next four seasons."

The '01 native of Queenstown, MD technically could come back in 2021-22 for one more season of junior hockey, but he's ready to make the jump now. It's worth pointing out that Halbig is on a tremendous pace to set new career highs in the very near future. It's also evident that choosing the Avalanche was the perfect decision for the defenseman, and for that, he is very grateful.

"I am extremely excited to announce my commitment to Fitchburg State University," said Halbig. "I would like to thank Coach Cerella and Coach Martiniello of the New Hampshire Avalanche for making this possible. I would also like to thank my parents and every coach that has helped me get to this point. I’m excited to continue my academic and athletic future as a Falcon."

Halbig is a big reason that the Avalanche are off to another stellar start, owning a record of 17-2-1 in 20 total games to date. With two championships already under their belt, the Avalanche are hoping that Halbig is part of another team that could contend for a 3rd title. 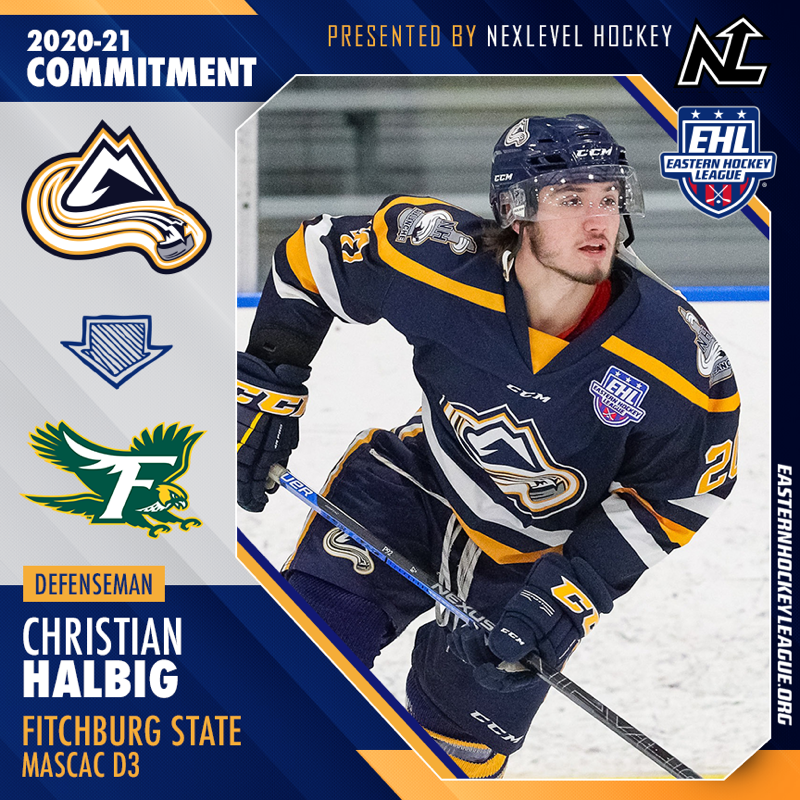