SOUTH DENNIS, MA -- Ian Edgar, a defenseman for the Seahawks Hockey Club, has committed to Finlandia University for the fall of 2021.

The 2000-born native of Cranberry, PA came to the Eastern Hockey League (EHL) for his final season of junior hockey, and in 12 total games to date, Edgar has notched a goal and three assists to his name.

"Ian is a great teammate that has worked hard all season, and he always brings a positive attitude to the rink," said Seahawks head coach and general manager Bill Zaniboni. "We are happy for Ian and his family that the Seahawks could be a step for him on his way to his achieving his goal of becoming an NCAA student-athlete."

Edgar is the first EHL player to commit to Finlandia so far this season, and the 6th player to do so in league history. The Finlandia Lions play out of the Northern Collegiate Hockey Association (NCHA), which owns some of the top contenders in all of NCAA Division III hockey. Edgar is excited about the opportunity and beyond grateful to the Seahawks organization.

"I am very proud and excited to announce my commitment to further my academic and athletic careers at Finlandia University," said Edgar. "I would like to thank my family for supporting me throughout this process and believing in me. I am also very thankful to Coach Zaniboni and the entire Seahawks staff for their support and their continued commitment to allow players to further their careers and creating a positive environment in which to do so. I couldn't be happier to be a Lion and am excited for the next 4 years at Finlandia." 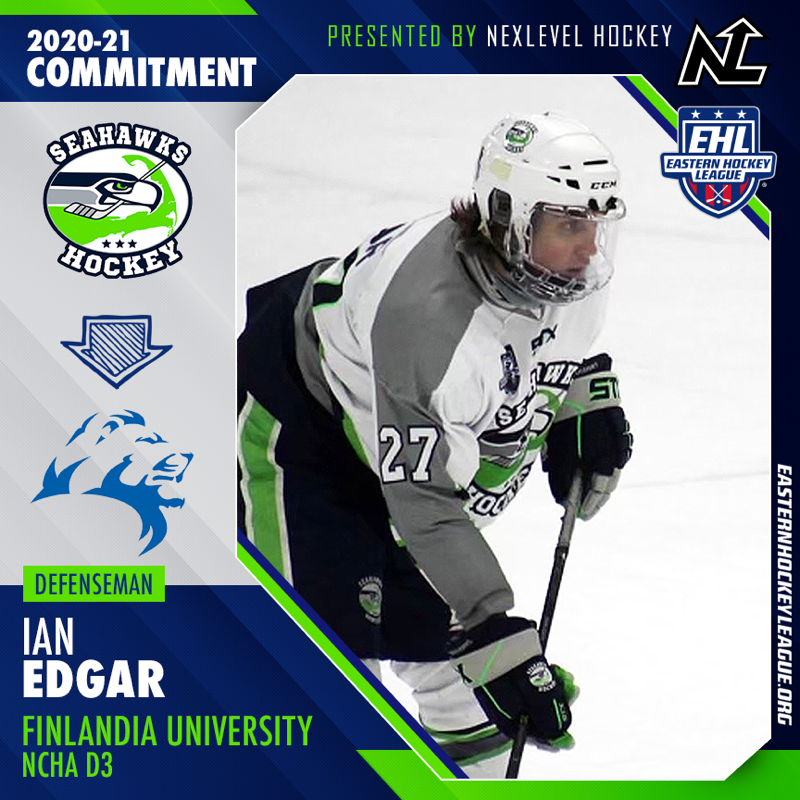