WALPOLE, MA -- Jake Galvin, a defenseman for the Walpole Express, has committed to Gustavus Adolphus College for the fall of 2021.

The '01 native of Springville, NY is in his first season with the Express, and he has tallied four assists through 24 total games to date. After a pair of seasons playing midget hockey in Nebraska and South Dakota, Galvin chose the Eastern Hockey League (EHL) for what will be his first and only season of juniors.

"Jake has been a warrior for us all season," said Express head coach and general manager Cody Campbell. "He leads our team in blocked shots and defends extremely hard. Jake will make an immediate impact on the ice for the Gustavus hockey program, but will also bring an elite work ethic to the campus community."

When Galvin arrives at Gustavus this fall, he will be joined by a pair of current teammates in Justin Sullivan and Cole Cavey. Cavey was actually a part of last year's group of players that committed to the Golden Gusties program, but was able to return to Walpole this year based off of his birth-year eligibility.

When you combine this year's current three players in Galvin, Sullivan, and Cavey, with Tim Lopez and Patrick McDonald from last year's team, the Express have truly created their own pipeline to the school in St. Peter, MN.

"It's been an exciting process working towards this decision," said Galvin. "After taking the time to speak with many people and players that are involved with the Gustavus program, it became clear to me that it was going to be my new home. They have great academics, along with amazing athletic facilities which were two things that I felt were important to me. The hockey program is excellent and will allow me to grow as a player within a competitive atmosphere that fuels me. Gustavus will better prepare me for the future and I can’t wait to start there next fall!"

Galvin went on to talk about his decision to play for Campbell this year, and how that choice played such a pivotal role in this moment of his hockey career.

"Playing for the Express has been great," added Galvin. "Coach Campbell does everything in his power to make all of us better players and better people. He pushes us to be the best, and helps to challenge you every time you’re on the ice or at the rink. He’s done a great job helping me grow as a player and a person and I can’t thank the staff & entire Express organization enough for everything they do.”

Galvin and the Express return to action next weekend when they play host to the Western Mass Chiefs on Friday, January 15th, and Saturday, January 16th. 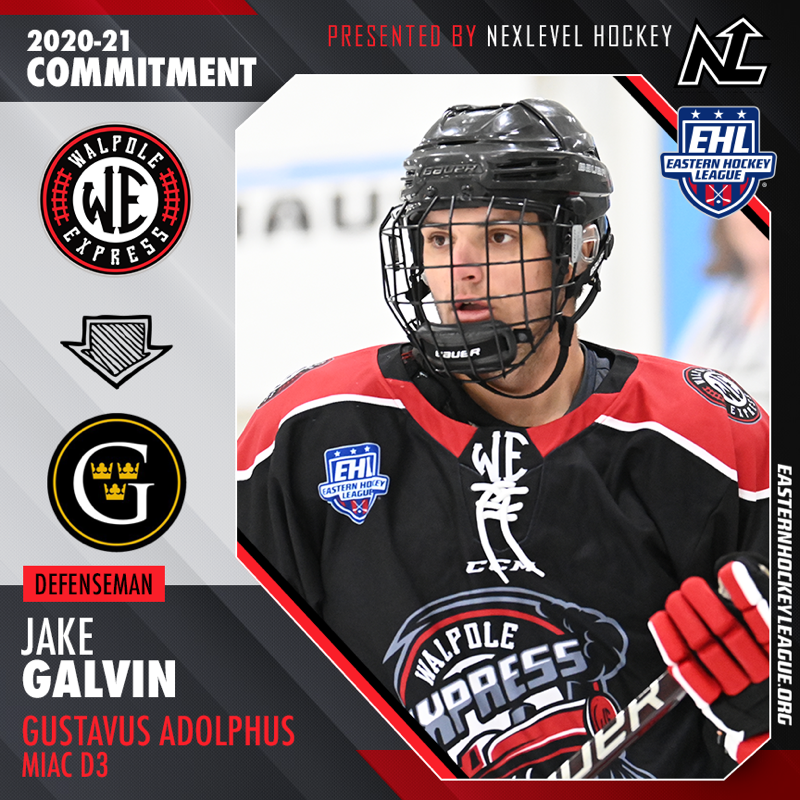