Terramani Headlines Newest Set of Stars of the Week

Below you'll find the 16th set of weekly top performers in the #EShow. The forward and defenseman awards are presented by Verbero Hockey, while the goalie honors come courtesy of Vaughn Custom Sports.

The EHL is pleased to announce that Dante Terramani (New Jersey 87s), Rory Gresham (Team Maryland), and Mason Palmer (Walpole Express) have been named the Top Performers for Week #16.

Terramani and the 87's won all three of their games this past week, all while outscoring their opponents by a 17-2 margin. The 2000-born native of Monterey Park, CA set the pace for his team offensively, scoring five total goals to go along with a pair of assists. The EHL All-Star now has 42 points in 24 total games to date, putting him on a great pace to surpass the 55 points he tallied throughout the entire 2019-20 season.

Last year's EHL Rookie of the Year, now ranks 3rd overall on the league scoring charts, one point behind his teammate Kei Yasuda, and two points behind Zack Simon of the Express. Coming up this week, Terramani and the 87's will look to extend their eight-game winning streak with matchups scheduled against the Philadelphia Little Flyers, the New York Apple Core, and the Protec Jr Ducks.

Moving back to the point, Gresham and Team Maryland won both of their games this past week, knocking off the Little Flyers and the Apple Core. The 2000-born native of Apalachin, NY notched an assist against the Little Flyers on Friday, and then tallied a goal and an assist against the Apple Core. Gresham's goal against New York was his 4th of the season, and his first game-winner.

Coming up, Maryland has two more home games remaining in January, and then they will hit the road for eight of their final 10 regular season games in February. At 13-9-4, Maryland is currently in control of 2nd place and a First Round bye in the South Division.

This is Palmer's 4th honor of the season, as he was previously named the Goaltender of the Week back in Week #7 and Week #13. The veteran goaltender's stellar 2020-21 campaign also includes the November Star of the Month award. At 20-8-1, Palmer and the Express have their eyes set on remaining 4th overall in the league standings, which would provide them with a solid chance to earn the at-large bid to the EHL Frozen Finals.

Zoerner, Mutschler, and the Warriors, beat the Walpole Express by the score of 4-1 on Friday, then extended their current winning streak out to three games with a 7-3 victory over the Boston Jr Rangers on Sunday.

The '03 native of Holidaysburg, PA helped lead the team on offense, tallying five total points in the two games. Zoerner began the weekend with an assist against Walpole on Friday, and then capped things off with a hat-trick and an additional assist against the Rangers on Sunday. For the season, Zoerner now has 13 goals and 15 assists in 22 total games to date.

As for Mutschler, the '03 native of Mechanicsburg, PA, was in net for the victory over Walpole on Friday. After making 29 saves on 30 shots, Mutschler earned his 3rd win of the season and 2nd in a row to kick-off the 2nd half. Valley currently sits in 5th place in the Central Division, but the active winning streak has the team feeling confident about improving their playoff seeding down the final stretch of the regular season.

Migliorato and the 87's kept rolling this past weekend, beating the New Jersey Renegades by the score of 8-4 on Friday and then making it a perfect weekend with a 5-1 win over the Philadelphia Little Flyers on Sunday. The '02 native of Staten Island, NY notched five total assists over the weekend, nearly doubling his point total for the season.

New Jersey currently owns a mark of 18-3-2 and appear to be well on their way to locking up the #1 seed and a First Round bye in the South Division. 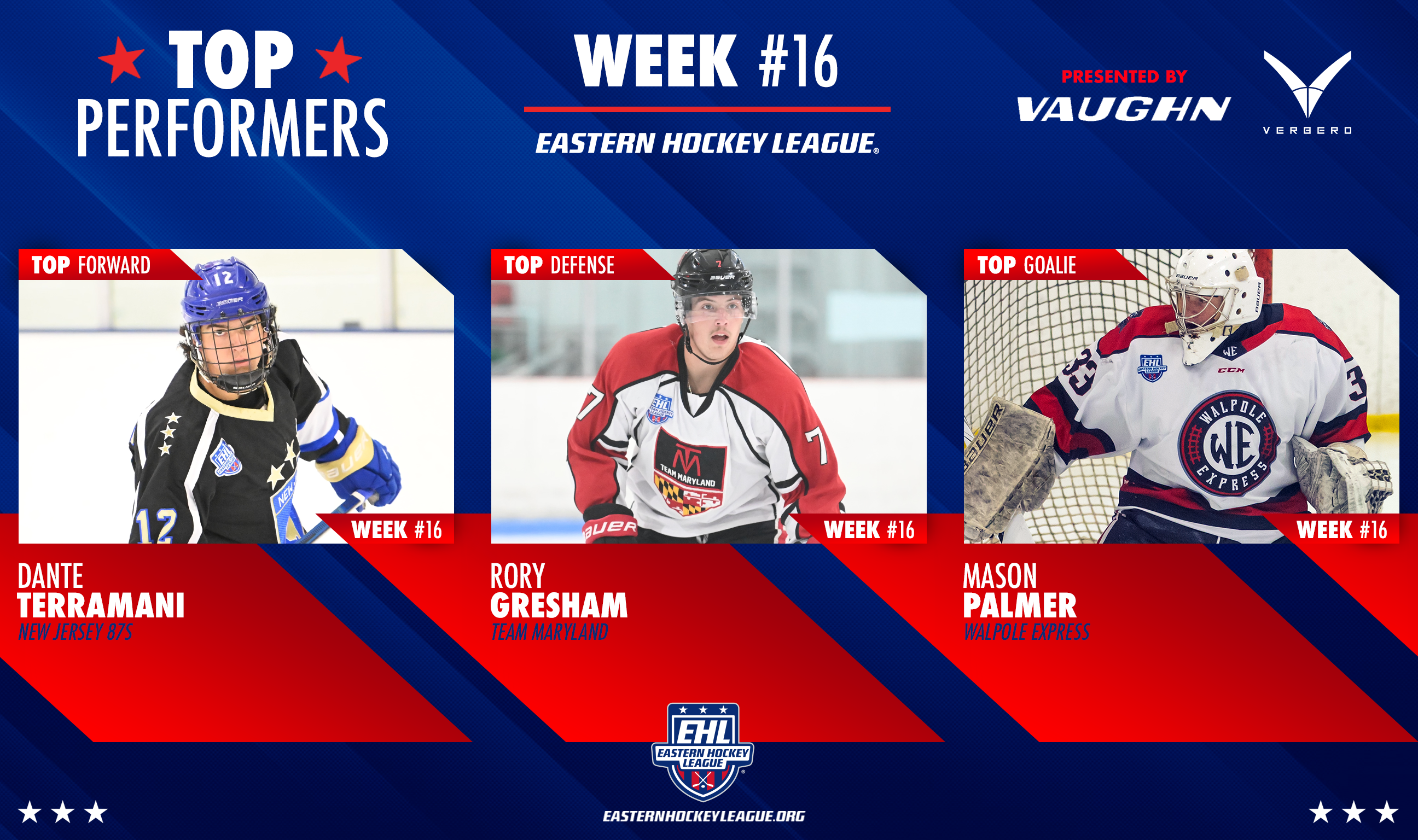 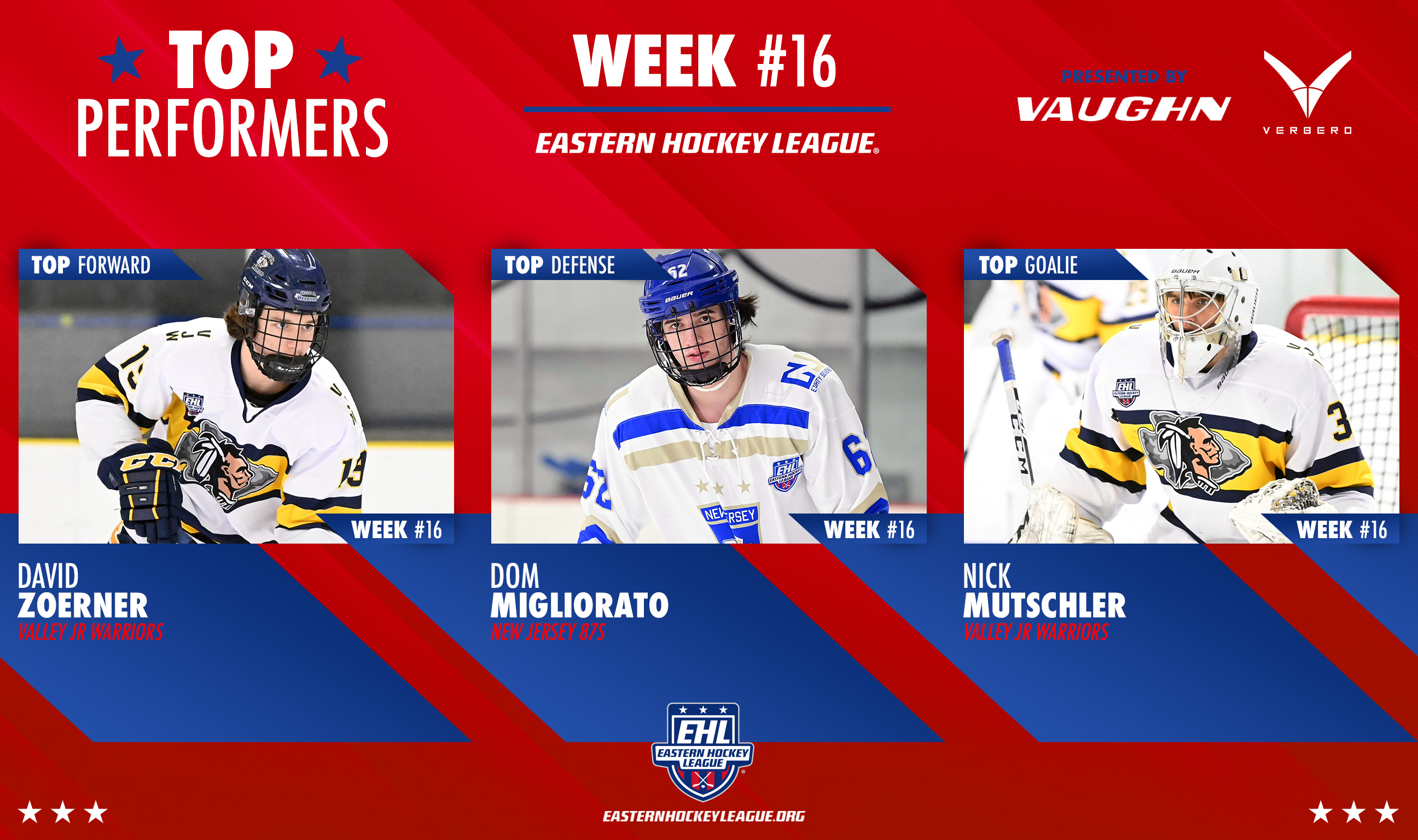