HAVERHILL, MA -- Drew Blodgett, a goaltender for the Valley Jr Warriors, has committed to Post University for the fall of 2021.

The '01 native of Lowell, MA is in his 2nd season with the Warriors, and first full year at the Eastern Hockey League (EHL) level. Outside of a pair of a EHL starts last season, Blodgett spent the majority of the year developing at the Eastern Hockey League Premier (EHLP) level. However, the entire 2020-21 campaign has featured Blodgett as one of the lead netminders on the top team in the Warriors program.

“Drew represents the ladder of development that we strive for here at Valley," said Warriors head coach and general manager Ryan McGrath. "He has worked so hard to advance to the NCAA ranks. He will be one of only a handful of 2001-born goalies that will commit to a school for the fall of 2021."

Also, as McGrath point out, Blodgett is a prime example of a player who worked his way up the ladder of development. Blodgett's ladder also goes a step further, as his time with the Warriors organization began with the program's 18U AAA team during the 2018-19 season. From there, it was a year spent in the EHLP, plus a season in the EHL, and now onto college hockey.

Blodgett and his teammate Gehrig Oppenheimer are the first two EHL players to commit to Post this season, and the 16th and 17th respective players in league history to choose the Eagles. 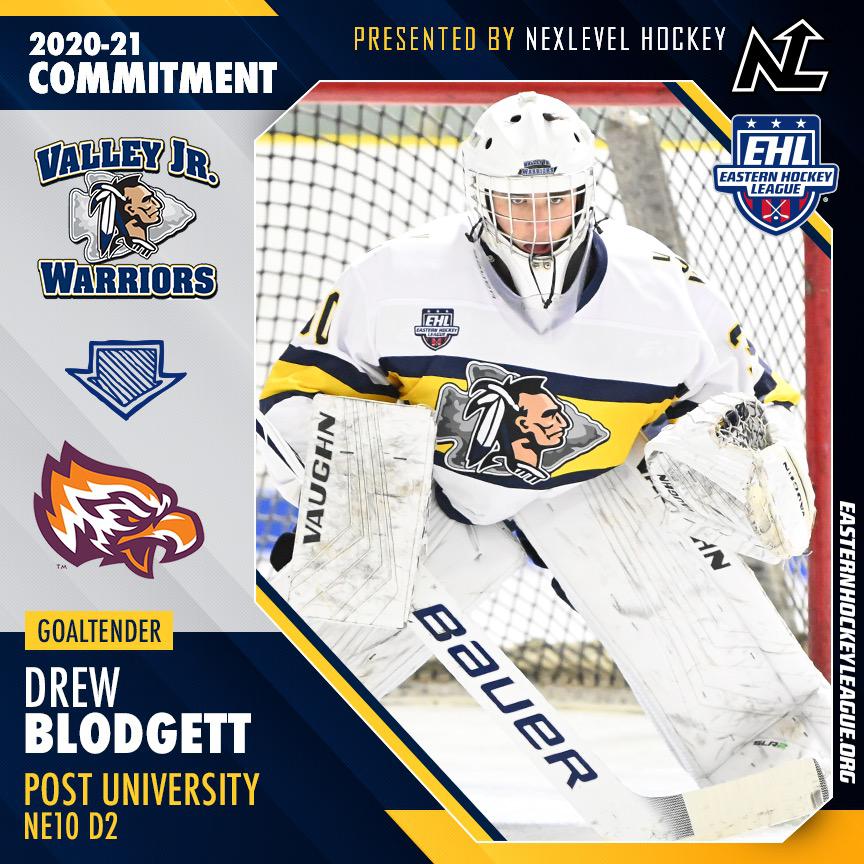