HAVERHILL, MA -- Gehrig Oppenheimer, a forward for the Valley Jr Warriors, has committed to Post University for the fall of 2021.

The 2000-born native of Wesley Chapel, FL came to the Eastern Hockey League (EHL) following a pair of prep hockey seasons at The Winchendon School. In 30 total EHL games to date this season, Oppenheimer has notched 11 points to his name.

"Gehrig has been a pleasure to coach thus far," said Warriors head coach and general manager Ryan McGrath. "He competes with 110-percent each day and I would be hard pressed to find a player that is in better physical shape than he is. Oppie plays in all situations for us and is one of the best penalty killers in the league."

Oppenheimer will be joined by Drew Blodgett when he arrives at Post this fall, as his Warriors' teammate recently made the same commitment.

While Oppenheimer, Blodgett, and the Warriors currently occupy 7th place in the Central Division, they should enter the postseason with confidence knowing that they are the only team in the league with wins over at least three teams currently ranked in the Nexlevel Power Rankings.

No other program has done what the Warriors have this season, and that's earn victories over the Walpole Express, the Boston Jr Rangers, and the New Hampshire Avalanche.

With five games left in the regular season, the EHL All-Star forward will look to help guide his team down the final stretch and into the postseason. 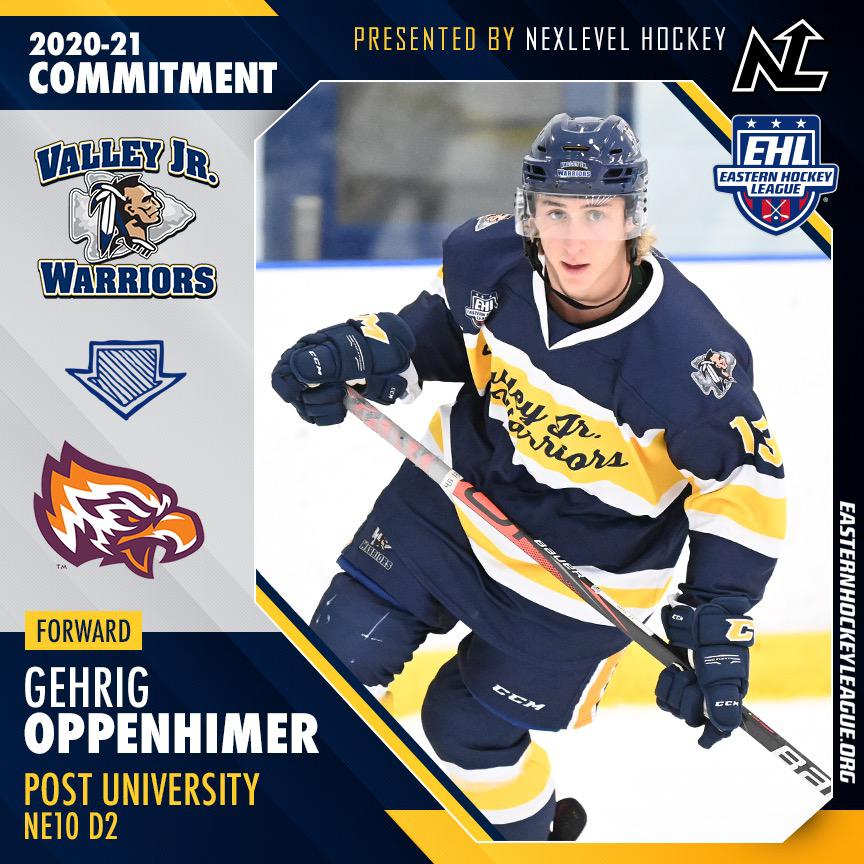