Marcinkevics Headlines Newest Set of Stars of the Week

Below you'll find the 19th set of weekly top performers in the #EShow. The forward and defenseman awards are presented by Verbero Hockey, while the goalie honors come courtesy of Vaughn Custom Sports.

Marcinkevics and the Wolves posted a record of 3-1-0 in four total games over the past seven days. The near-perfect week helped New England create a small gap between themselves and the Seacoast Spartans for 2nd place in the North Division. After starting off the stretch a perfect 3-0-0, it was the Spartans who spoiled things on Monday, snapping the Wolves winning streak at five games.

As for the '01 native of Riga, Latvia, Marcinkevics officially joined the team last Thursday, and started things off with an emphatic five-goal performance against the New Hampshire Avalanche. He didn't slow down from there, adding three more points (2g, 1a), over the next two games. The eight-point week undoubtedly turned heads across the league, as the Wolves were believed to be a sleeper team before, and now appear to be evidently more dangerous heading towards the postseason.

Moving back to the blue line, Philibert and the Express won all three games this past week, stretching out the longest active winning streak in the league to seven games. As for the 2000-born native of Canada, Philibert tallied a pair of assists in each contest for his team, giving him 13 points in eight total games since joining the Express for the 2nd half of the season.

Looking forward, Philibert and the Express have five games remaining to solidify their position within the overall league standings.

Wrapping things up between the pipes, Kulhanek keeps us locked into the Central Division, after picking up his 13th and 14th respective wins of the season. The '02 native of Austria led his team to victories over the Western Mass Chiefs and the Valley Jr Warriors this past week, turning aside 66 of the 69 total shots that he faced.

For the season, Kulhanek now owns a record of 14-7-0, to go along with a 2.88 GAA and a .919 save percentage, making him shoe-in to be one of the top-five candidates for this year's EHL Rookie of the Year award.

Randall and the Lumberjacks were one of the busiest teams in the league this past week, hitting the ice for five total games. Overall, the Lumberjacks accumulated seven out of 10 possible points, posting a record of 3-1-1 in the five contests. As for the '02 native of Queensbury, NY, Randall played in four of the five games, tallying at least a point in every matchup.

Overall, Randall's seven-point week included five goals and two assists, giving him 16 total points for the season. Randall and the Lumberjacks have nine games remaining in the regular season, as they look to keep the momentum rolling into the postseason.

At the point, Carboni and the Little Flyers are starting to play their best hockey down the stretch, having won three straight games and four out of five contests in the month of February.

As for the '03 native of Endwell, NY, Carboni also got his name on the scoresheet in every game for his team this past weekend. The four assists he racked up gives him 13 total points for the year, and an active point streak of four games.

Palmer and the Rangers swept their weekend set of games, extending their winning streak out to five games, and clinching the top seed in the Central Division. Dating back to the beginning of January, the Rangers are one of the hottest teams in the league, with a record of 11-2-0 in 13 games.

As for the '01 native of West Winfield, NY, Palmer was in net for the division-clinching game on Sunday night, turning aside 29 of the 30 shots he faced in a 5-1 victory of the Railers Jr Hockey Club. With the win, Palmer is now 13-1-1 for the season, to go along with a 2.01 GAA and .926 save percentage. 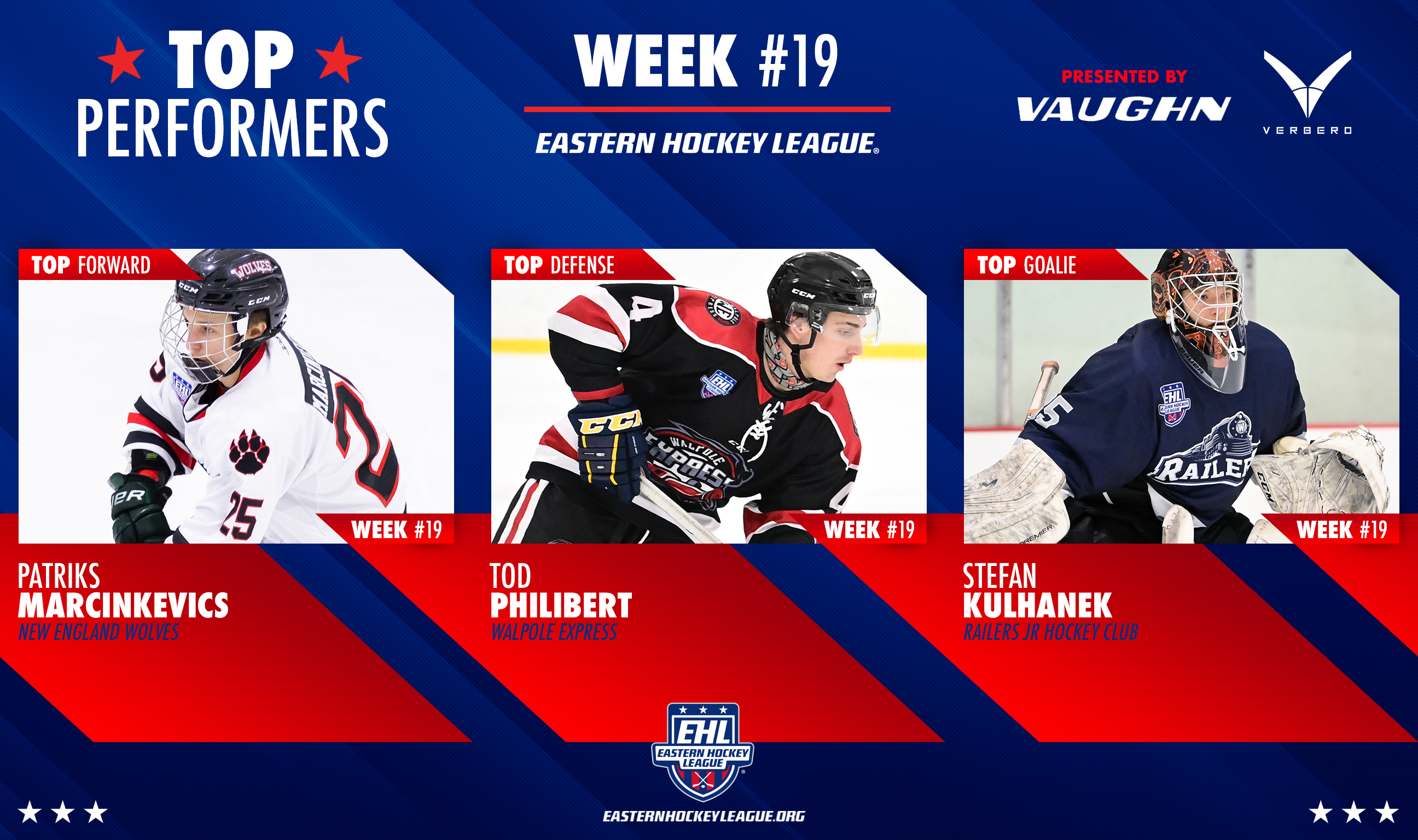 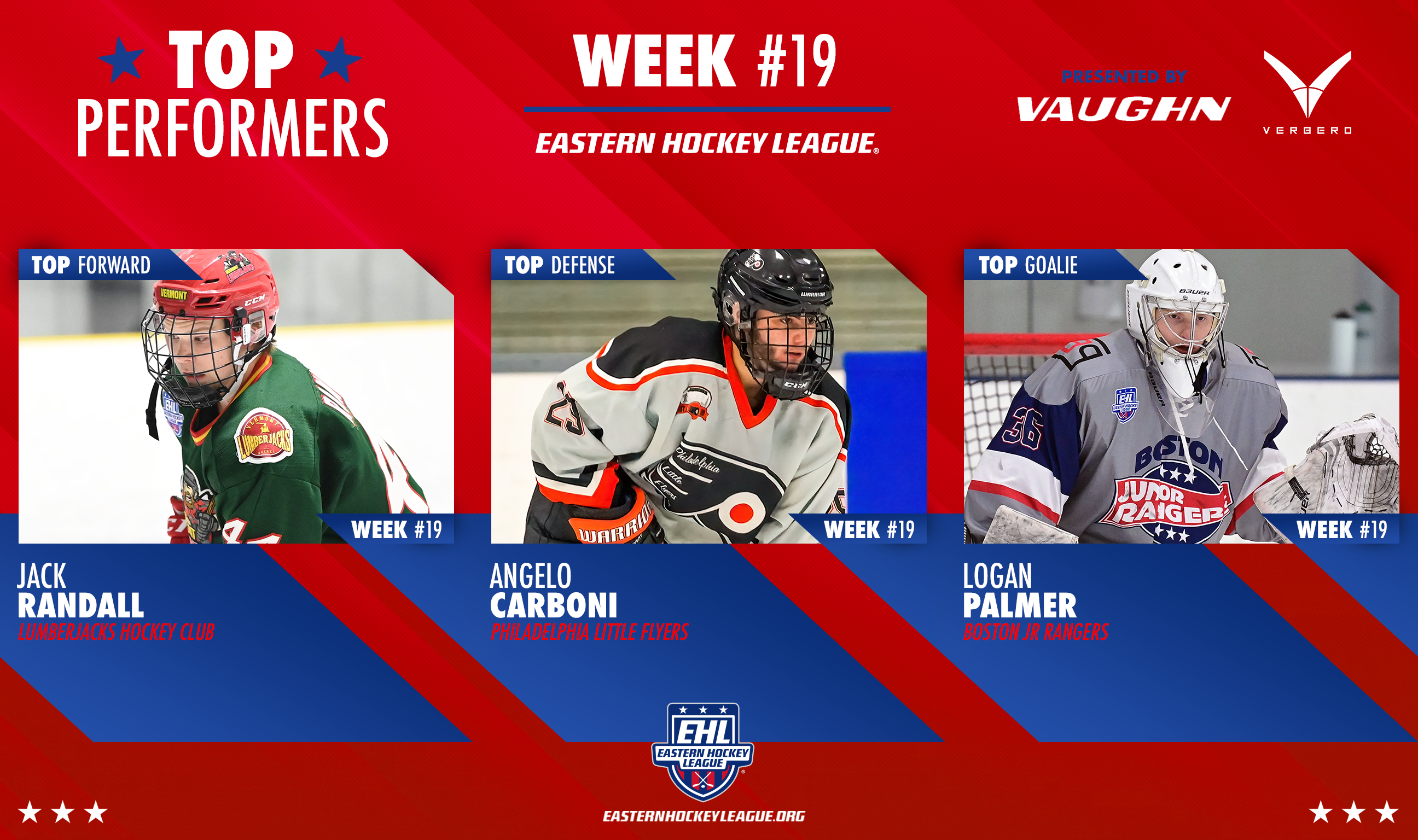