HOOKSETT, NH -- Sami Hakkarainen, a forward for the New Hampshire Avalanche, has committed to Tufts University for the fall of 2021.

The '01 native of Los Gatos, CA joined the Avalanche in mid-January, and in 11 Eastern Hockey League (EHL) games to date, he's tallied four goals and five assists to his credit.

"We are thrilled to have Sami and happy he chose our organization to prepare himself to play for Tufts in the NESCAC next season," said Avalanche head coach and general manager Chris Cerrella. "He is going to have a successful college hockey career and is going to be even more successful in the classroom. He is a competitor,  plays hard every shift, and really thinks the game well. He will be a great addition to the Tufts community. I wish him all the best next season and I know he is looking forward to helping the Avs go all the way in the EHL."

Overall, Hakkarainen is one of three players on this year's Avalanche team that will be heading to a school in the New England Small College Athletic Conference (NESCAC) this fall. While he is currently enjoying being teammates with Henry Carlson and George McMichael, he will be lining up against them in about eight months, when they begin their respective careers at Wesleyan University and Bowdoin College.

As for his own commitment, Hakkarainen can't wait to get started at Tufts and is beyond grateful to the Avalanche for welcoming him in for the 2nd half of the season.

"I committed to Tufts out of prep school and decided to play a year of juniors to develop for college," said Hakkarainen. "I wanted to find a team where I’d be pushed every day, where guys were eager to get to the rink and play hard for each other. I talked with Coach Cerrella about the Avalanche program and it sounded like a good fit. Our team has the kind of grit I was looking for, with everyone buying in and working for the guy next to them. I’m confident that the Avalanche took my game up a step and that I’ll be better prepared for the next level."

Hakkarainen and the Avalanche have officially clinched the top seed in the North Division and now are busy preparing for what should be a tough road to the EHL Frozen Finals.

While New Hampshire doesn't quite know who their first matchup will be against in the playoffs, Hakkarainen and his teammates know they will be tested whether it's the New England Wolves, the Seacoast Spartans, or the Lumberjacks Hockey Club. 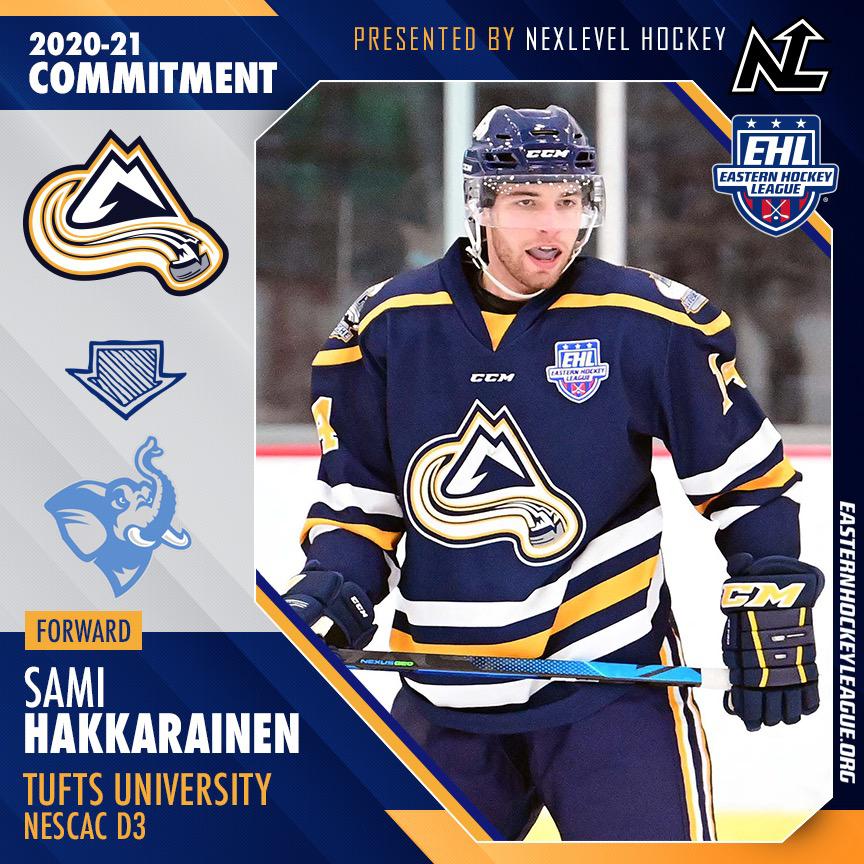