Koretsky Headlines Newest Set of Stars of the Week

Below you'll find the 20th set of weekly top performers in the #EShow. The forward and defenseman awards are presented by Verbero Hockey, while the goalie honors come courtesy of Vaughn Custom Sports.

Moore, LaChance, and the Rangers won all three of their games over the previous seven days, improving their record up to 31-4-1 for the season. The Rangers have already clinched the top spot in the upcoming Central Division playoffs, but are also still hot on the heels of the New Jersey 87s for the 2020-21 Regular Season Championship.

As for Moore, the '02 native of Cumberland, ME continued adding to his spectacular rookie campaign. In the three games, Moore accumulated a trio of goals to go along with a trio of assists, increasing his season total up to 46 points in 36 games to date. The Rangers leading scorer has shown no signs of youth, despite being on the younger end of the league at just 18 years old. He'll look to finish off the final week in style, as he makes his last case to win the EHL Rookie of the Year honor.

On the point, this is LaChance's 2nd weekly honor of the 2nd half (Stars of the Week #17), and it's just as well deserved. Included in LaChance's three-goal week were a pair of overtime winners, giving him 23 points in 21 total games to date.

Moore, LaChance, and the Rangers wrap-up the regular season with a home matchup against the East Coast Wizards on Thursday, and a road date with the Valley Jr Warriors on Sunday.

In between the pipes, Sayles now owns a 2-0-1 record with his new team. Included in that mark is a 31-save effort against the Philadelphia Little Flyers yesterday afternoon, tightening things up in the South Division. Protec still has an outside shot of climbing as high as the #3 seed in their division, but would need a lot of help down the stretch. However, with the victory led by Sayles, the Ducks have created their own cushion for the #4 seed, which would provide the team with home-ice advantage in the First Round of the EHL Playoffs.

Koretsky and the Railers got back on track by winning all three of their games over the weekend, improving their record up to 23-10-0 for the season. The trio of victories helped the Railers officially secure the #2 seed in the Central Division.

As for the '01 native of Cranston, RI, Koretsky was heavily involved in the offensive onslaught put on by his team. The Railers outscored their opponents by a 19-4 margin, and Koretsky notched a point on over half of his team's goals. With a goal and nine assists, Koretsky now has 37 total points to his credit so far this season, and he is the leading scorer on the Railers. Koretsky and the Railers have three regular season games remaining as they look to entire the postseason while playing their best hockey.

Valentini, Kopec, and the Wolves hit the ice for just a single game this past week, but they made it count, skating away with a 7-2 victory over the Lumberjacks Hockey Club on Friday.

As for Valentini, the '02 native of Penfield, NY, scored a goal and collected a pair of assists, giving him 29 total points for the season.Throughout his career with the Wolves, Valentini has now played in 62 career games in the EHLP. With 38 total points amassed throughout that time, Valentini also earned a chance to play with the EHL team on a pair of occasions earlier this season. He'll look to finish the current campaign off strong at the EHLP level, and then make the full-time jump up to the EHL next season.

Kopec was in net for the victory on Friday, and a 39-save effort led the way to his 4th win of the season. The '03 native of Eastover, NC is playing in just his first season of junior hockey, and has five regular season games left, as the Wolves prepare for their first playoff matchup with the Lumberjacks. The winner of that series will advance to take on the New Hampshire Avalanche, with a trip to the EHL Frozen Finals on the line. 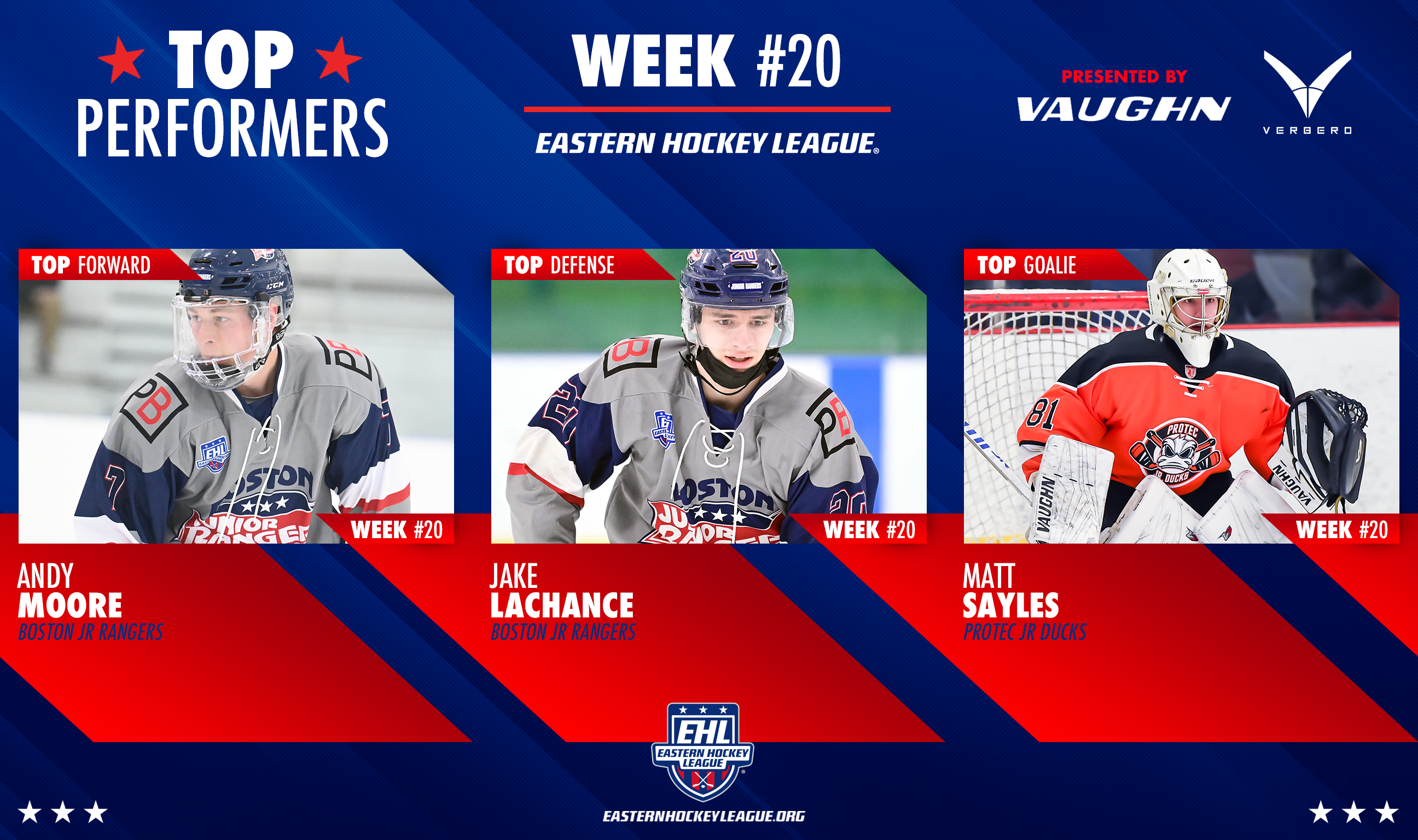 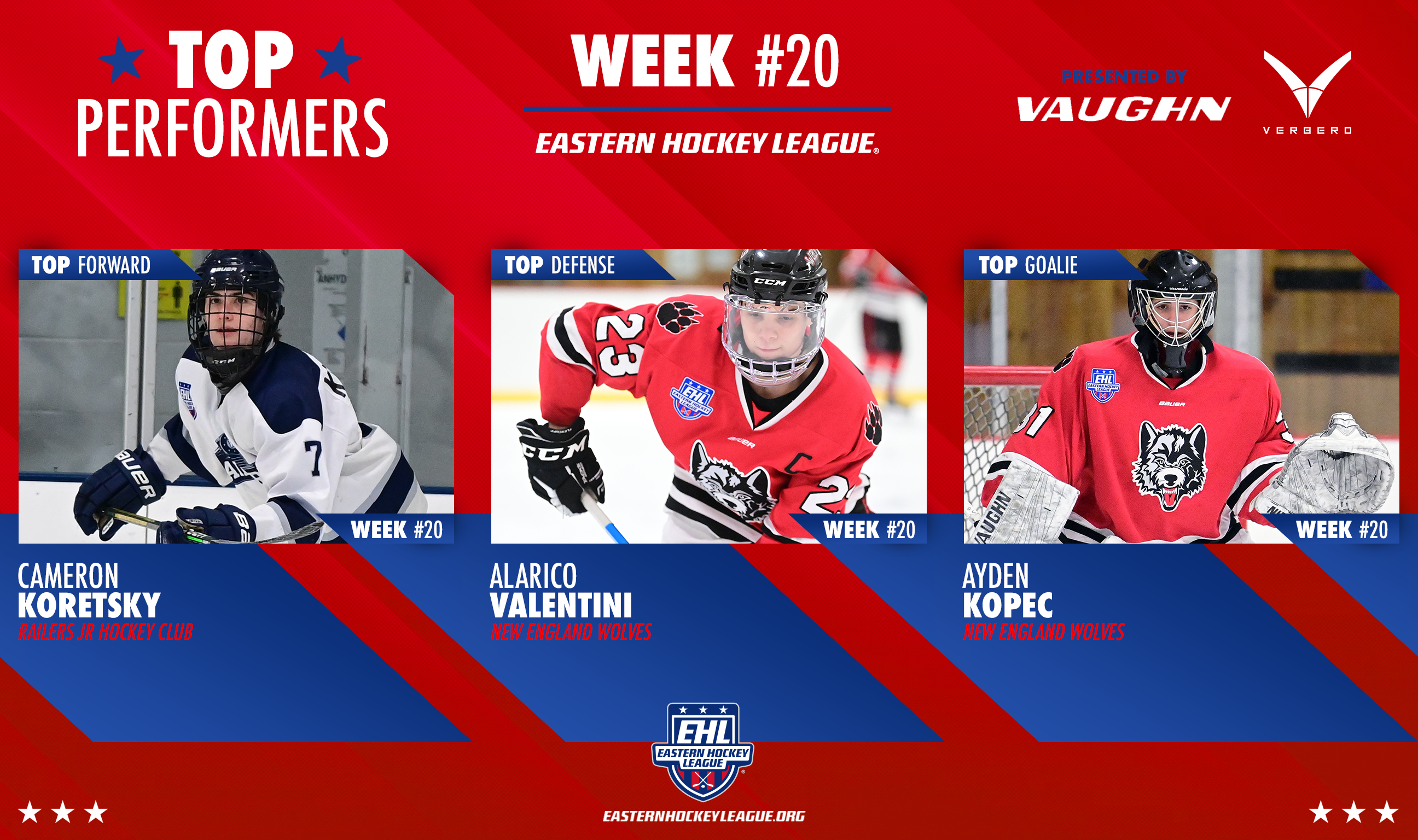