BREWSTER, NY -- Dawson Taylor, a forward for the New York Apple Core, has committed to Anna Maria College for the fall of 2021.

The 2000-born native of Lowell, MA began the season with the Maine Eclipse, and then joined the Apple Core in mid-November. After spending last season in the North American Tier III Hockey League (NA3HL), Taylor chose the Eastern Hockey League (EHL) for his final year of junior hockey, and that decision ultimately paid off with this commitment.

"Every team needs a player like Dawson on their roster; he brings the most energy and passion both in practice and during our games,” said Apple Core head coach and general manager Mike LaZazzera. “I believe he is a true definition of a team player and it was a pleasure coaching and getting to know him this season.”

With Taylor's commitment, the EHL has now helped at least one player advance per season to Anna Maria, since the Amcats announced their NCAA program back in 2017.

“I am extremely excited to be attending Anna Maria College in the fall," said Taylor. "I am truly thankful to the Anna Maria coaching staff for giving me the opportunity to pursue my dream of playing NCAA hockey. During the past two seasons in juniors, Anna Maria was always at the top of my list, and after my visit to campus and meeting with the coaches, it confirmed all of my feelings about that being the perfect place for me both academically and athletically. This opportunity, and exciting next step, would not be possible without the full support of my entire family and friends over the years. I cannot possibly thank them enough for all they have done for me, not only with hockey, but in life. In addition to my family, I would like to thank Coach LaZazzera of New York Apple Core, and Coach Grace of the Maine Eclipse for all that you did for me this season. I can’t wait to be a part of the Amcat community!” 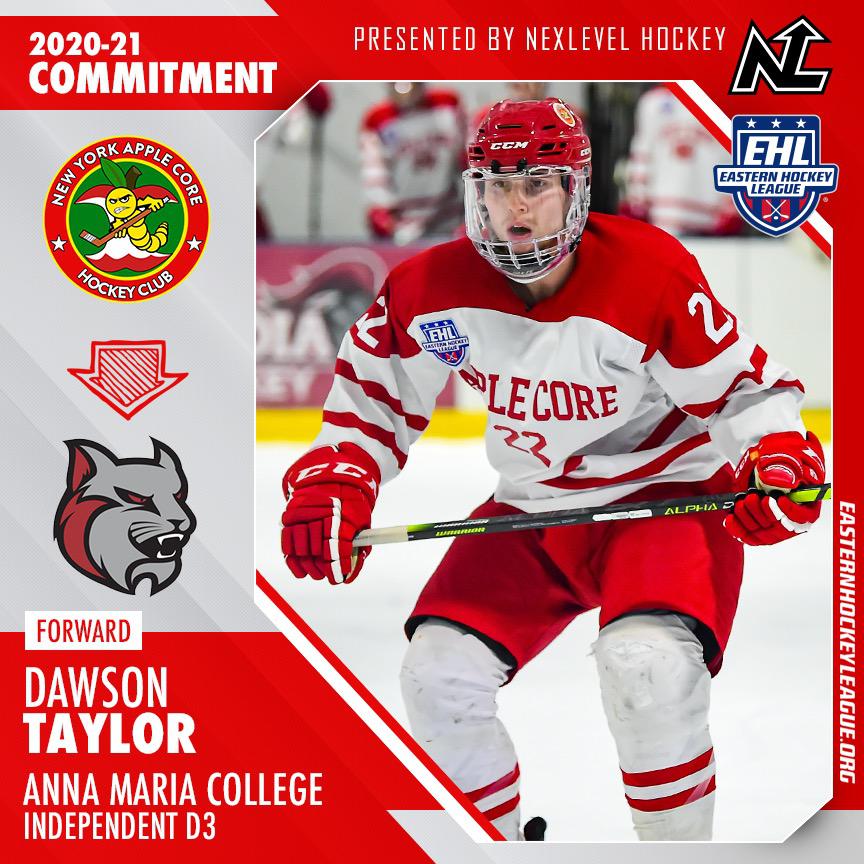