BEDFORD, MA -- Jack Johansen, a defenseman for the East Coast Wizards, has committed to Fitchburg State University for the fall of 2021.

The 2000-born native of Milford, NH, began his junior hockey career with the New England Wolves back in the 2018-19 season. In 40 total games at the Eastern Hockey League Premier (EHLP) level, Johansen tallied 60 points, and thus was named the Defenseman of the Year.

"Following that season, we spoke with the Wolves staff about bringing Jack in, as he was hoping to play a little closer to home with us," said Wizards head coach and general manager Kory Falite. "Jack has tremendous upside, and his game is still getting better. I'm looking forward to seeing the defenseman he becomes at Fitchburg State."

While with the Wolves, Johansen also dressed in 17 Eastern Hockey League (EHL) games. When you combine those numbers with his stats from last year and this year, Johansen notched 70 points in 99 total games in the EHL. Overall, Johansen is very grateful for the three years of junior hockey, and he can't wait to get started this fall.

"I would like to thank the Wizards organization from top to bottom for helping me bring my game to a higher level," said Johansen. "Kory, Chris, and Adrian put mental and physical development first. I have never had such a hands-on group of coaches all with the same goal in trying to improve the players every day. It has been an honor to wear the 'C' on the Wizards jersey and represent such a first-class organization. I would also like to mention Freddy Meyer with this group of coaches, he may not have been with us this year, but he made a huge impact on my play and the way I carry myself off the ice. To my family, teammates, and friends, thank you so much for these past years of support; I would have not been able to go down this long journey without all of you. Finally, I would like to thank my billet family from my first year. Mary Beth, Mike, and the kids will forever hold a place in my heart for their generosity and opening up their home to a 18-year-old just trying to play hockey, while also finding a second family in the process."

While this season ended sooner than EHL All-Star and his teammates would have hoped, they still have a lot to be proud of when they look back on their 2020-21 accomplishments.

Also, as the league approaches the 2021 Frozen Finals, Johansen is a top candidate for this year's Defenseman of the Year award in the EHL. If Johansen earns the honor, he will become the first player in league history to win the same award in both the EHL and the EHLP.

Learn more about the Wizards on the team's official website, and check out the full 2020-21 NCAA commitment list. 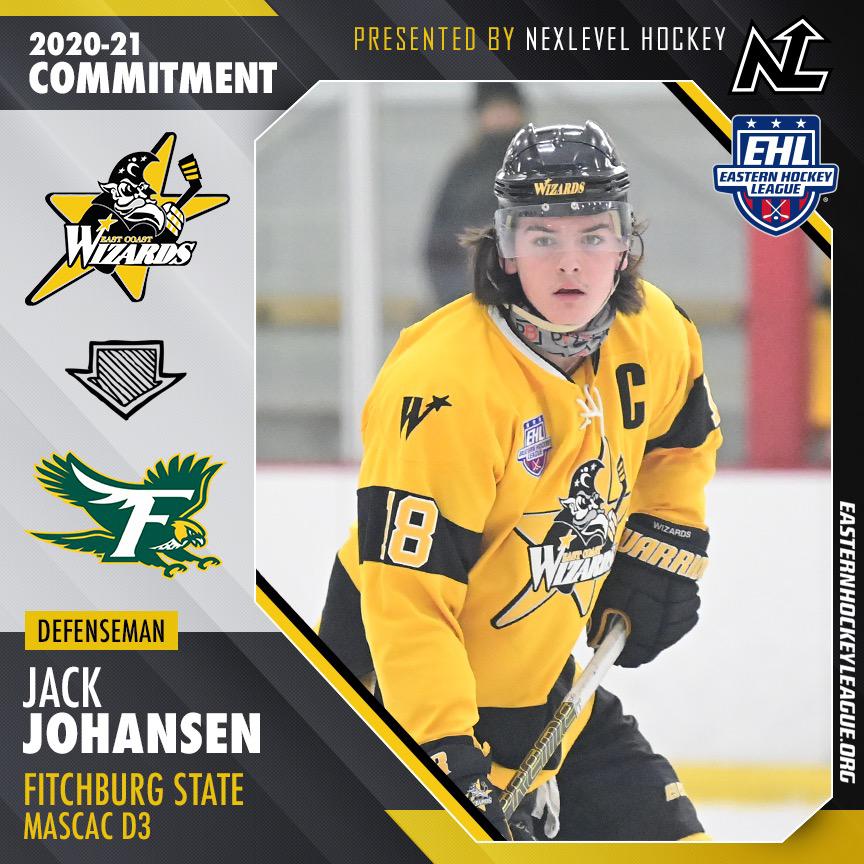