WALL TOWNSHIP, NJ -- Tim Debord, a forward for the New Jersey 87's, has committed to Lawrence University for the fall of 2021.

The 2000-born native of Parker, CO is playing in his 3rd season with the 87's, and in 117 career games in the Eastern Hockey League (EHL), the talented playmaker has notched 133 total points (53 goals, 80 assists) to his name. Debord is also not the only 87's player heading to Lawrence this fall, as he will be joined by another top playmaker in Dante Terramani.

"It's an unbelievable feeling to have them committed and to the school they wanted and felt was their best fit," said 87's head coach and general manager Adam Houli. "They are some of the most hard-working individuals, both on and off the ice. They exemplify the 87 way and we could not be more proud of them."

Debord can be considered an 'original' 87 as he was a member of the 2018-19 team, which was New Jersey's first season at the EHL level. Debord is beyond excited to have this weight off his shoulders, and grateful for the opportunity he's earned at Lawrence.

"It's been the last two years I wanted to commit, to finally get it done, it feels amazing," said Debord. "The location and the hockey program is such a big positive, it's such a welcoming place; I can't wait to be there for the next four years."

Debord went on to talk about how the 87's turned him into an EHL All-Star, developing him into the player that he is today through a long but rewarding journey.

"It was a journey for sure. Houli said it in his own words that I was 5th line, and I worked my way up," added Debord. "I earned myself a couple of games in the NAHL the first season then after that I just kept developing every year. I was named assistant captain my first year, stayed an assistant my second year, third year was given the honor of being the captain, and now I just want to finish the year with the boys."

Finishing the year is what Debord is focused on now, as the team's motto all season long has been 'Finish The Job'. Of course that is in reference to the 2019-20 campaign that was cut short due to the COVID-19 pandemic. Fast forward to this current moment, Debord and the 87's are just a few days away from competing in the EHL Frozen Finals for the first time in franchise history. If New Jersey can 'Finish The Job', the 87's will become the first team in league history to win the Regular Season and Playoff Championships in the same year. 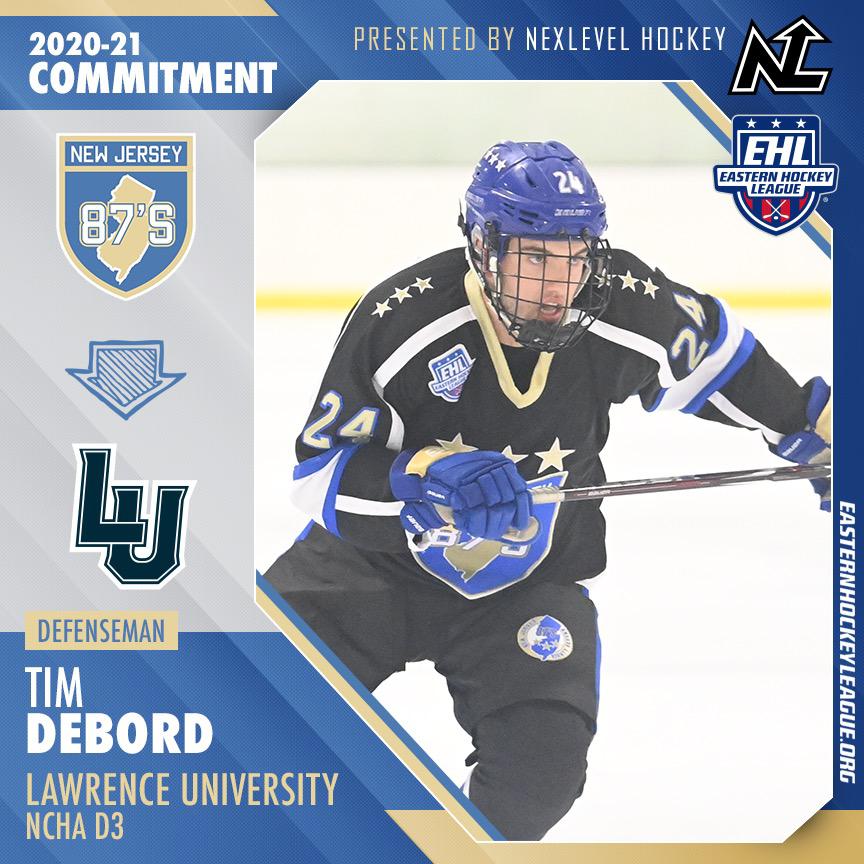