The Lumberjacks rally earns them three points in Round Robin standings.

Below you'll find all of the goal recaps from the first game of the 2021 EHL Frozen Finals.

Bone scored on the power play and beats Mueller high glove from just inside the right hashmark at the 17:47 mark of the period. 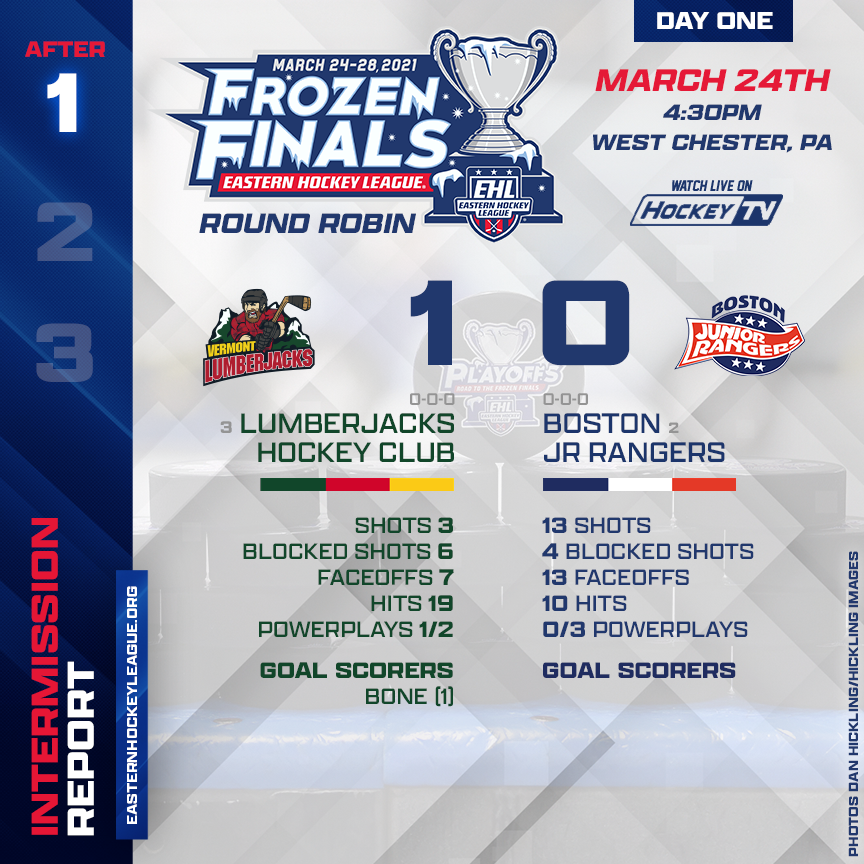 Joey Schaefer forces a turnover and earns a breakaway and beats Reduzzi low blocker side – shorthanded at the 18: 57 mark of the second period.

After havoc in front of the Lumberjacks’ net, Schaefer put home a rebound at the and earned his second goal of the contest at the 15:08 mark. 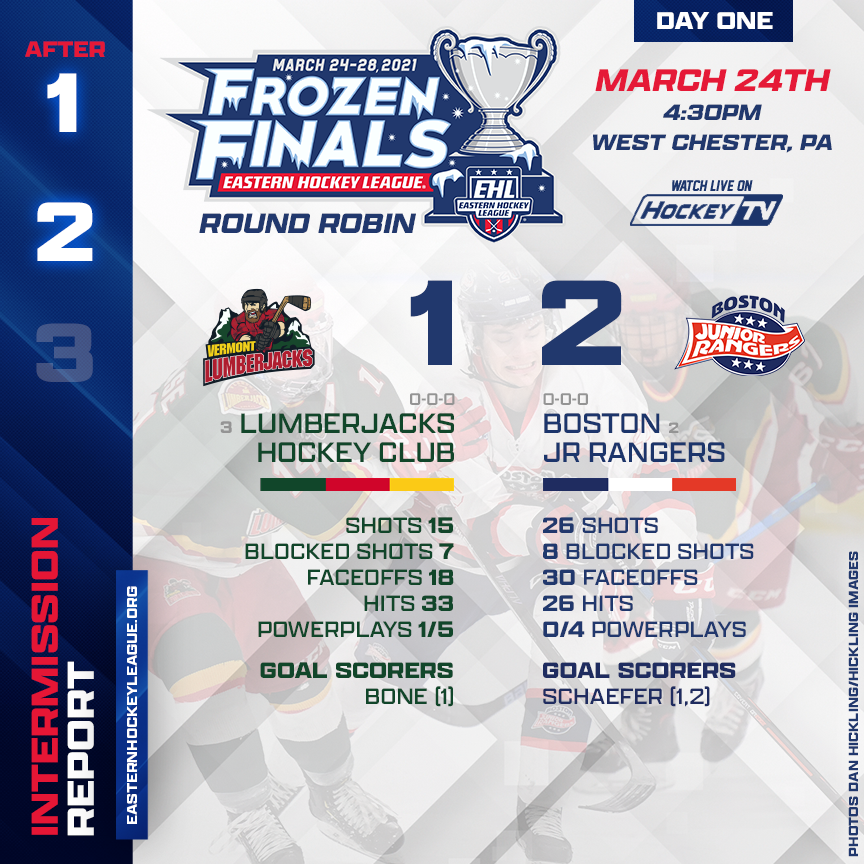 Schaefer scored another rebound goal. Yet, his third goal of the contest was a backhander that found the top shelf and was while he was laying on the ice. The goal was netted at the 17:05 mark of the third frame.

Frank Mondi found the back of the net on the power play with 5:21 remaining in regulation, after the Lumberjacks swarmed Boston’s cage.

Louis-Joseph Guernon scored on a breakaway, which tied the game at the 5:04 mark.

Davis Bone netted his second goal of the contest after he scored backdoor on the power play with 2:42 left in regulation.

Guernon scored an empty net goal with 1:20 remaining, which acted as the insurance goal. 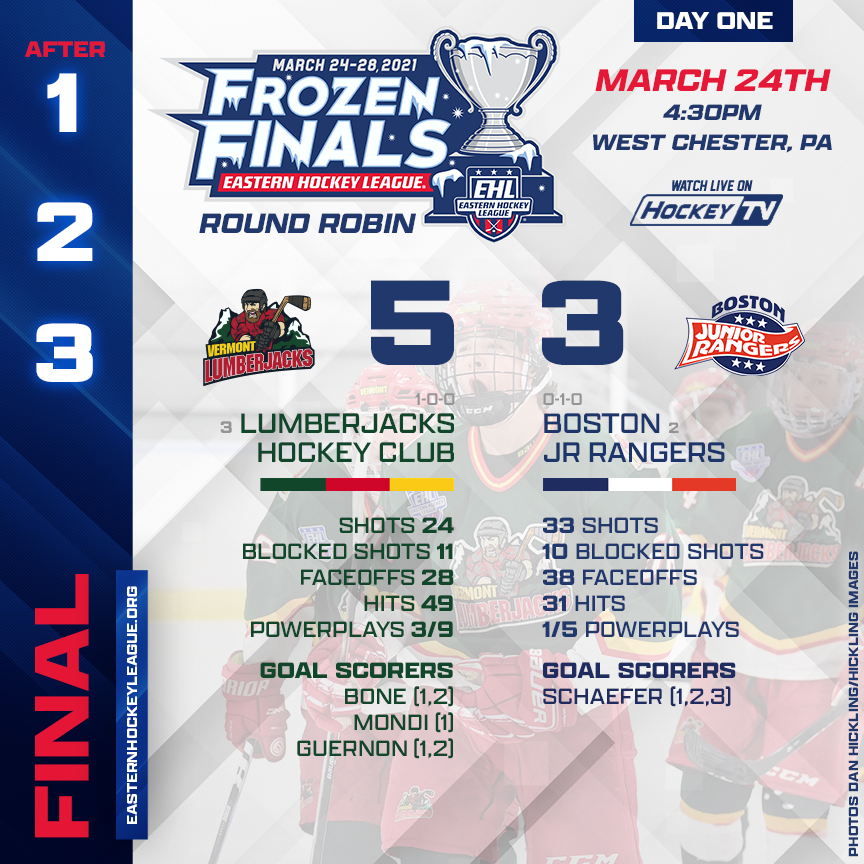